Zach Ertz: From Stud to Bust to… Value? 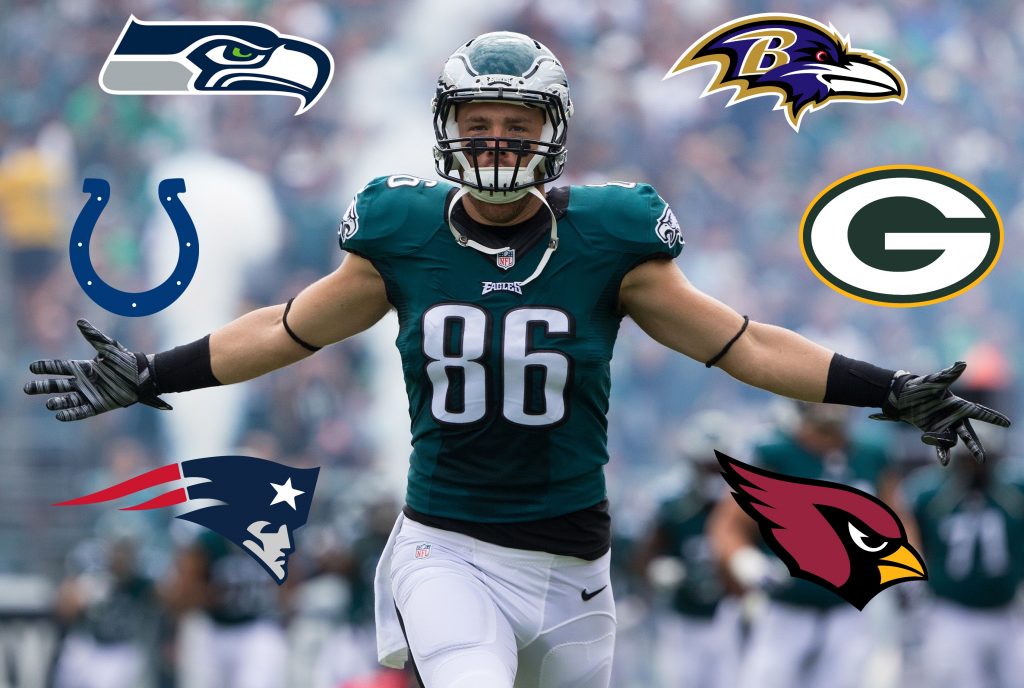 Zach Ertz has been the model of consistent production at the tight end position for the Eagles from the time he was drafted in the 2nd round in 2013. From 2017 to 2019, the 3-Time Pro-Bowler boasted an average of 964 yards and 93 receptions per season for over 10 yards a catch. This gave him top 5 numbers in each year in PPR scoring - complete stud right? Maybe only Travis Kelce was this productive while staying this steady.

Then 2020 happened. Ertz posted 335 yards on 36 receptions while only catching 1 touchdown and fell all the way down to tight end #31 in PPR. This is largely due to 6 weeks missed with injury - not to mention the fact that the Eagles had QB controversy, a head coach on the hot seat, and a rotating carousel of offensive lineman that were plagued with a variety of injuries. The way Ertz is talked about today, it’s like he played a full season with a successful team in 2020, with no reason for his poor production. Recency bias has taken a tight grip of the fantasy community as Ertz was largely a 4th round pick in dynasty startups before last season, and now has fallen to an ADP somewhere in the mid-teen rounds.

The Eagles organization has fallen victim to this bias as well. In 2016, they signed Ertz to a $42.5 million dollar 5 year contract, and have a potential out in 2021 while taking a dead cap hit of about $7.5 million. So naturally Ertz’s name has been shopped to buyers around the league, taking interest from the Seahawks and Colts - rumors have even surfaced he could be packaged with Carson Wentz.

Out of the teams reported to be interested, it’s my opinion that Seattle is the best landing spot to get back to his glory days. Barring a trade of Russell Wilson, the Seahawks consistently targeted the Tight End position in the redzone and made Jacob Hollister look like a competent football player.  What could they do with someone as talented as Ertz? At 30 years old, he may be out of his prime, but others in the same position have proved you don’t have to be a young gun to have production (I.E. Jimmy Graham, Jared Cook).

Indianapolis is also a decent landing spot, but they have a much more crowded space for Ertz to compete for targets, with players like Jack Doyle, Mo Alie-Cox, and Trey Burton. Even so, Ertz would be a complete upgrade - not to mention reuniting with his former Super Bowl winning coach, Frank Reich. So what does this mean for Ertz’s fantasy value in dynasty leagues?

First off, if you own Zach Ertz in dynasty - don’t panic.

Selling Ertz at his current value is absolutely a mistake, even if you’re lucky enough to find a buyer for any price at all. This is the lowest value a tight end of his stature will go for. Ertz is a firm hold in dynasty leagues - his value to your team is much higher than any players or future picks will give you, as it won’t be much.

Don’t own Zach Ertz and hurting are for tight ends for cheap? Go make an offer to the guy in your league, who is probably panicking - especially if your startup happened recently. They most likely paid a high price to draft him and are concerned with returning any kind of value.

If you’re currently in a start-up, wait on a TE and check around the 12th round. I can almost guarantee that Ertz will be available (unless your league mates beat you to this article.) The only place for Ertz to go is up, and he has a much higher ceiling than other TEs available making him a huge value at a low price. The gamble could payoff with a jackpot pick with only a small loss in the event of a bust.