What Have We Learned? Week 2

Week 2 is officially over and we trudge forward to Week 3 and beyond.  While there’s a lot to be said about the waiver wire, it’s still important to pay attention to what we already have on our squads.  It’s still early, but I hope you learned your lessons from Week 2.  Here’s what I learned and what you should do about it.

I Was Wrong About Some Fantasy Things

I need to apologize for a few things so far.  Although it’s still early, there are a few situations that are making me look terrible in fantasy football. 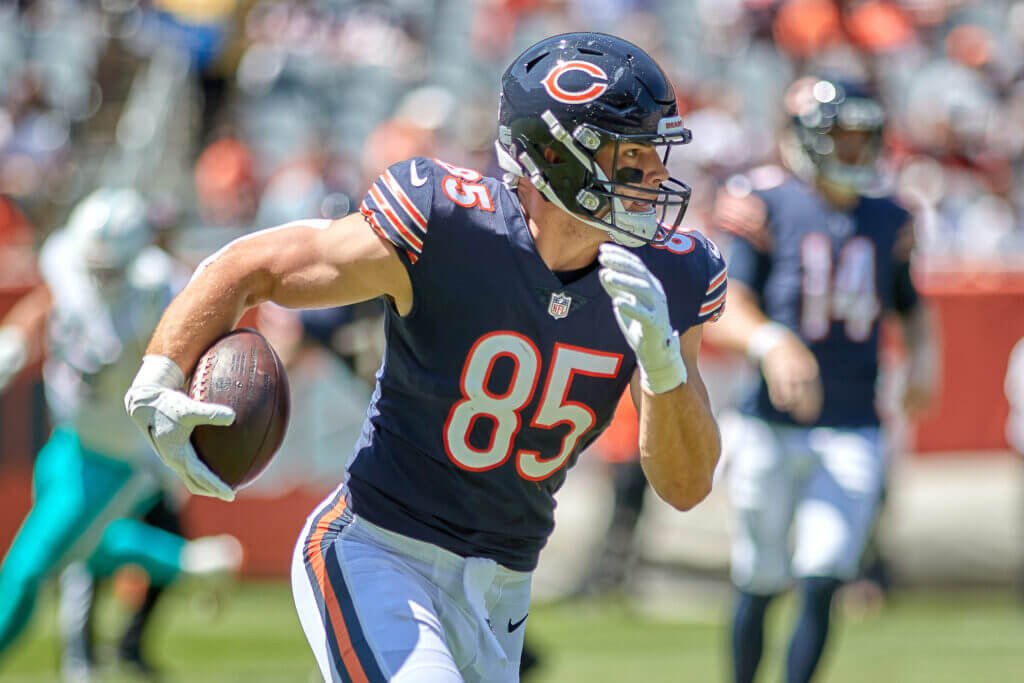 My fantasy love for Cole Kmet is a 0% secret from anyone in the fantasy community who has heard or read basically anything I’ve put out.  While many are having panic attacks, you should relax and be savvy.  He’s only 23 and the lack of weapons, paired with the play of Justin Fields should be the focus.  Now, more than ever, he’s a must add, whether through FAAB or trade.

I’m not sure what Miles Sanders is doing differently this year, but it’s working.  Despite only 52% and 53% of the snaps, he’s dominating the team’s backfield.  That being said, I’m selling high on Sanders and still trying to acquire Gainwell.  There’s a chance I’m wrong moving forward, but I’m betting on the shared history. 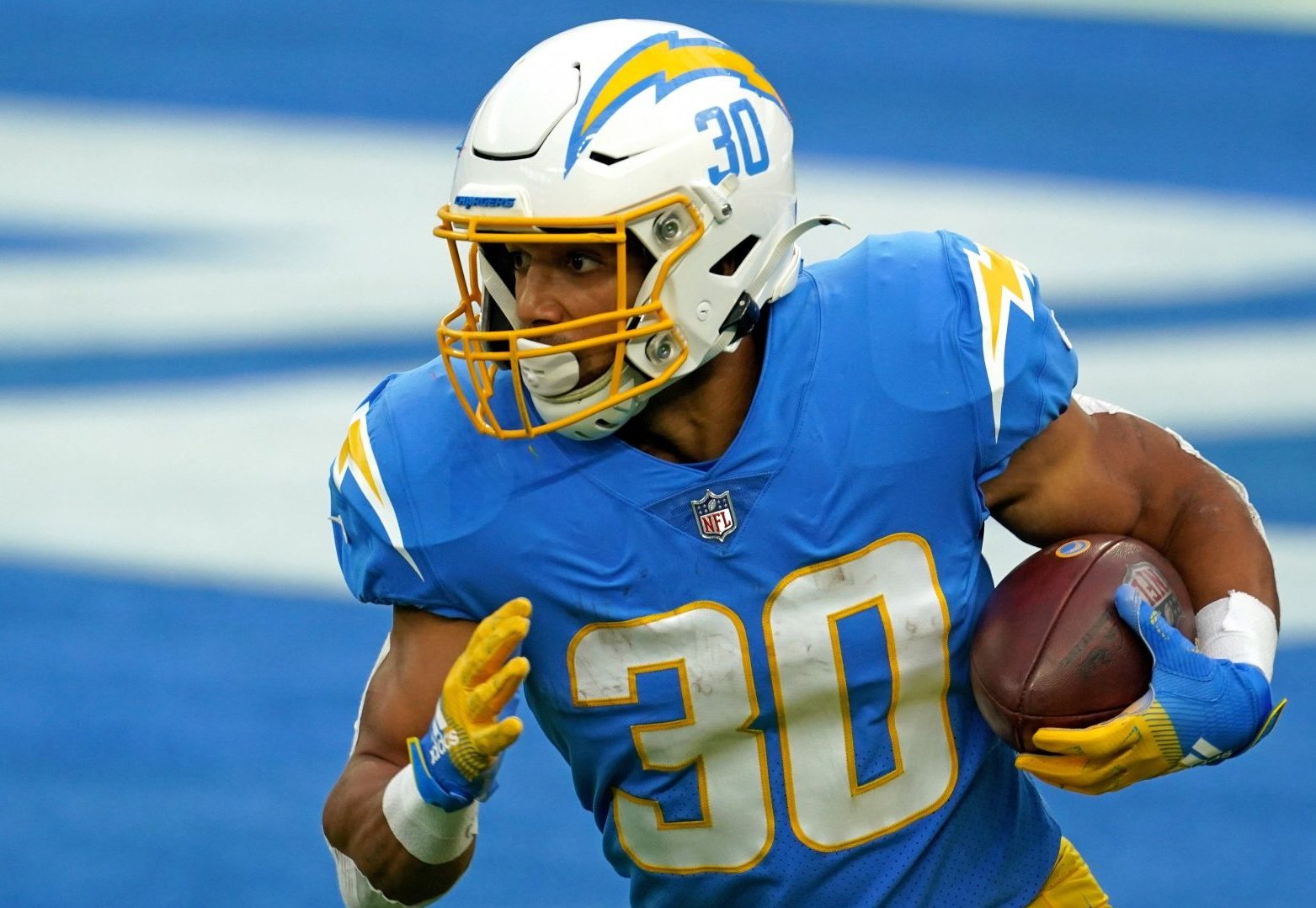 This one hurts as a Chargers fan.  Not only is Ekeler not doing what he should in fantasy, but it’s not even close to last season.  While the snap share is way down and we should have seen this coming, he just doesn’t look like himself when he’s on the field.  I think you need to hold, but be prepared to sell high if he lights up.

I Was Right About Some Fantasy Things

The Jets, Jaguars and Lions are all greatly improved 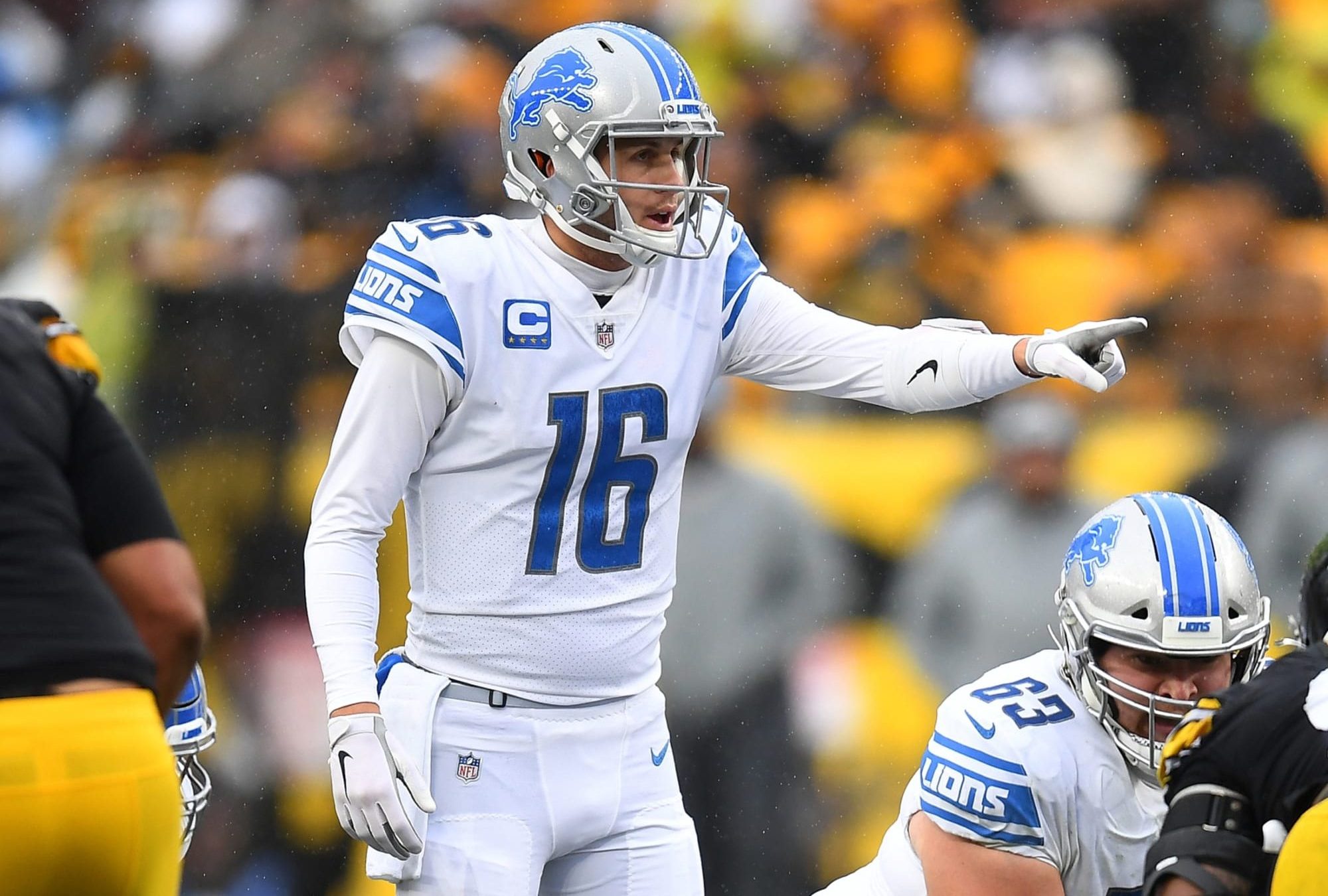 It seemed like most people were sleeping on these three terrible teams from last year and beyond.  The perennial woes and continued fantasy disappointments made most players on these squads unappealing.  Look for the best values and try to acquire as much of these offenses as you can.  I don’t see things going down from here. 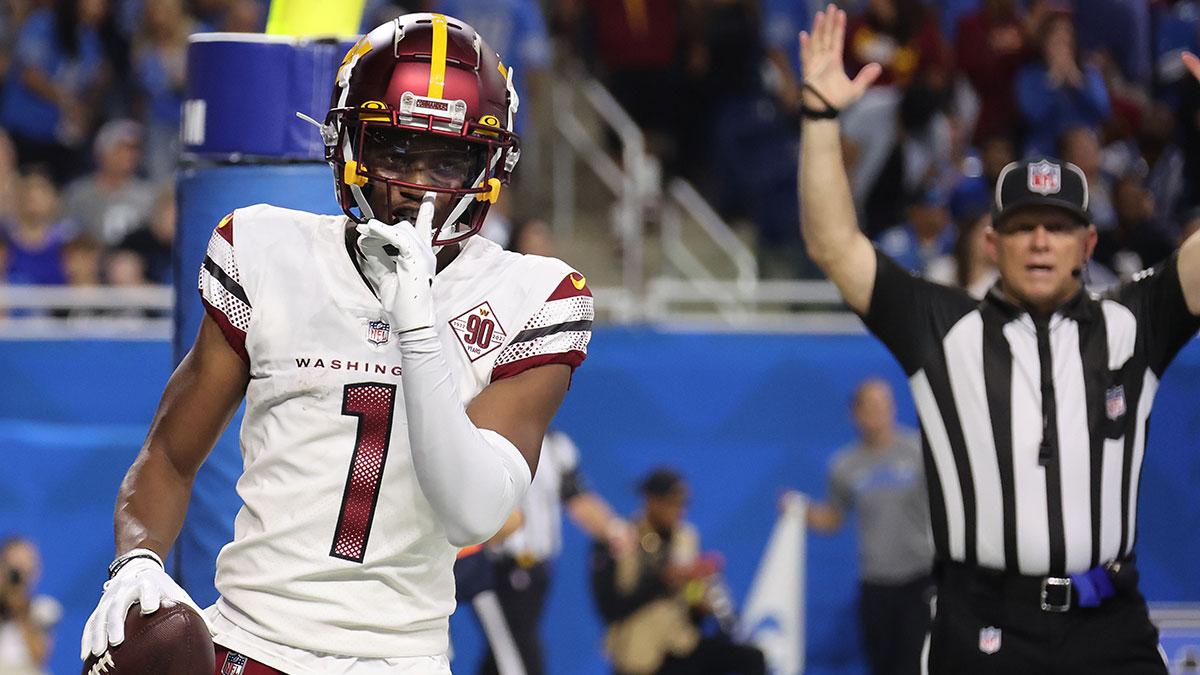 There’s a reason why the Commanders paid so much in the draft for Dotson.  While he wasn’t the first receiver selected, he notably went before Treylon Burks and Skyy Moore, leaving many pundits baffled.  His talent will only force Washington to use him more and I want to get him before sleeping managers wake up.

Nick Chubb was and is still elite

Nick Chubb always has doubters in fantasy.  I know he doesn’t catch passes, but he doesn’t need to.  Despite injuries and sharing with Kareem Hunt, he still finished as RB13 in PPR last year.  He’s already running back’s top dog this year, even in PPR.  Even in a shared backfield I trust him more than most, and that ain’t gonna change.

Unless they are lying, I don’t think anyone would have predicted the Colts limping so badly out of the gate.  With an “improvement” at quarterback in Matt Ryan, combined with an offense and defense that was predicted to be better in 2022, I’m sure virtually everyone is disappointed; especially fantasy managers who invested in this offense.  And while I give something of a break to them for losing DeForest Buckner and supremely talented Shaq Leonard, it’s not an excuse for this start.  A tie against the Jaguars and a utterly pathetic shutout loss to the Houston Texans leaves the team searching for answers as these two games were supposed to be gimmes.

It’s pretty bleak as a manager and moves should be made.  That being said, there is no way I am getting rid of Jonathan Taylor unless there is a king’s ransom coming my way.  Matt Ryan needs to be cut loose from your squad but Michael Pittman Jr is even more appealing to me, so I’m going hard on acquiring him from a frustrated, panicking owner.  I’m also looking to add Ashton Dulin from the waiver wire and I’m trying to trade for Alec Pierce if he’s cheap enough.

The Dolphins Are Out For Blood 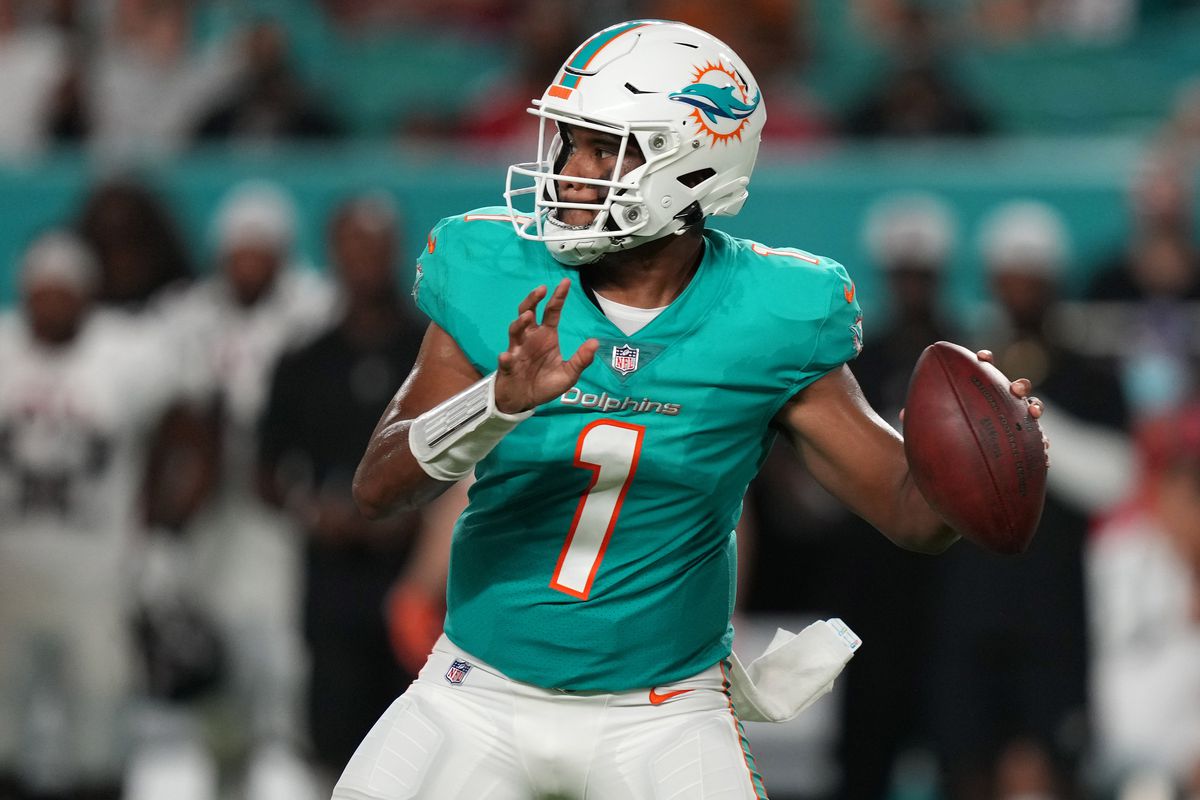 I am happy to be one of the few who believed in Tua as a legitimate fantasy starter in the off-season, but even I didn’t predict this level of success.  Going somewhere between Week 1 and Week 2 is where I thought he would sit in fantasy value.  I was also dead wrong about Tyreek Hill and Jaylen Waddle in 2022.  While I still thought both would be successful, I definitely saw a regression for both when they had to share the field.  My prediction of them genuinely challenging the Bills for the AFC East title is also making me look like a genius to all the haters.

Moving forward, there’s no chance you should be making a move for either Tyreek Hill or Jaylen Waddle.  But Tua Tagovailoa may be available in leagues of managers who want to sell high.  I’m a big believer in Tua moving forward just like I was in the off-season.  I am still, however, staying far away from that backfield unless I can get some of it for basically free.  And although Mike Gesicki hasn’t inspired much confidence for managers, he’s certainly worth adding at such a talent starved position.

Pay No Attention to Past Woes

Like any season, losing players to injury, suspension and off field issues is part of the game.  It can be maddening investing so much in a player only to watch them get zeroes across the stat line while your leaguemates dance their way to victory.  It’s always a gamble taking your chance on any player, but those who are bold enough to invest in comeback players are more stone willed than most.  We’re only two weeks into the season, but there are key players who are making those brave managers look like geniuses compared to their counterparts who passed on those types of risks.

I’m going to stay away from key defensive players who are returning from lost seasons as that’s not my area of expertise, but there are plenty of offensive players who are turning heads in 2022 that sat last year.  Those who spent high draft capital or equity to acquire or retain Saquon Barkley and Christian McCaffrey are certainly breathing sighs of relief.  But Curtis Samuel, Michael Thomas and Jameis Winston aren’t getting near enough credit.  Notably, many thought James Robinson was all but dead in fantasy but he’s back and strong enough to deny Travis Etienne Jr of his stake as the Jaguar’s starting running back.  Any of these players should be sought after if the price is right to acquire them.

A lot has gone wrong for certain teams that were supposedly going to be dangerous but it isn’t the defense that is letting them down.  Whether it be poor offense, lack of wins or just poor play, Green Bay, Cincinnati, Tennessee and Las Vegas are all doing well on defense even if it doesn’t exactly look that way.  If you look at opposing stats like opposing quarterback rating, yards per game and 3rd down %, it’s only a matter of time until the offense does its job for these teams.

It’s no secret that Aaron Rodgers will be fine, but his receiving core is worrisome to some.  I, however, am trying to grab them now while I can.  Cincinnati’s offense will also be just fine, so don’t panic.  That being said, I am worried about the offensive stars in Tennessee and Las Vegas.  Even though he was locked up last week, aside from Davante Adams, I’d be trying to sell as many offensive pieces of these two teams as I can as long as the price is right.  But if you’re going to get short changed, don’t do it.

Just like last week, I figured I’d share that before the season began I tried to predict every game as the schedule was released; before I even knew about injuries or anything like that.  Week 2, I went 11-5, making me 20-11 on the season.