Watt’s in a Name? 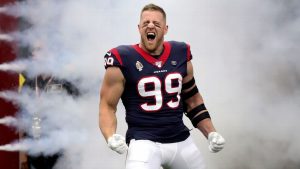 JJ Watt has been known around the NFL as a dominant force for a long time.  The 3-time AP Defensive Player of the Year and 2017 Walter Payton Man of the Year is a future Hall of Famer.  However, three of the past four seasons have not been kind to the 5-time All-Pro’s health.  Over the last 4 seasons, Watt has only played a total of 32 games.  The outlier coming in 2018, when he finished with 16 sacks in yet another Pro Bowl season.

Assuming his health holds up, Watt will still be an elite pass rusher and a solid option for any owner in an IDP league...especially in a re-draft.

The question has to be asked, though...

Is the 31 year old defensive end still the best pass rusher in his family?

Another Watt has emerged as a Pro Bowl caliber edge rusher for the Pittsburgh Steelers.  Younger brother TJ Watt has proven to be a premier player in the NFL, compiling 34.5 sacks in his 3 seasons out of Wisconsin.  Even though he is not classified as a DE like his brother, TJ is a must have LB in IDP leagues.  Since 2018, TJ has totaled 27.5 sacks and was named to the All-Pro team in 2019. 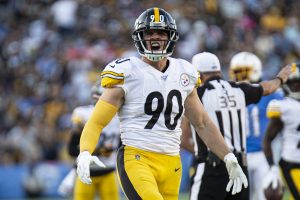