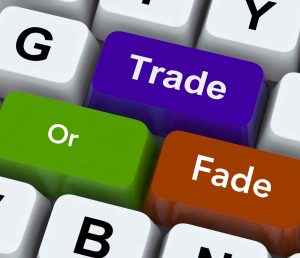 We’re three weeks into the NFL season, and it’s as wild as it has ever been. Injuries, surprise teams, comebacks, stars in the making... 2020 has been a nonstop roller coaster, and odds are it has been for your fantasy team as well. If you’re playing in multiple leagues you might have teams that are doing really well, and you may have some teams that look like a fifth grade English paper with all of the red ‘IR’ statuses on your roster. Regardless of where you are though, someone in your league (maybe you) is getting ancy to make some moves. Let’s discuss who you can target and who you can avoid.

Super Cam is back. His first two games of the 2020 season were absolutely electric. Newton was throwing and running well. Then came week three where there was a bit of a stumble. By bit of a stumble, I mean the Patriots had a very Patriot-esque game where Cam didn’t need to do much because Rex Burkhead scored three times against the Las Vegas Raiders. The Pats defense also held the Raiders offense in check for most of the day. Tom Brady had these games while he was in New England as well. They’ll happen from time to time.  Listen though... don’t let one week fool you. Cam has completed over 60% of his passes in each game (for Cam that’s huge), he has six total TD’s to only two picks, and perhaps most importantly has ran the ball at least nine times in each contest. Cam is still the biggest threat when New England is at the goal line, and he’s going to rush for several more scores this season. The Pats are doing what they’ve always done in the Bill Belichick era and that’s getting the most out of their players. If the fantasy manager in your league decided that they want off of the Cam Newton roller coaster, go after a player that at the end of the year has a very real shot of being a top half QB1.

In what is highly rumored to be Drew Brees’ last season, I’m not trying to roster him in fantasy football. Brees is down his top weapon in Michael Thomas and could also be down his TE Jared Cook after he exited week 3 with an assumed groin injury. Meaning, Brees is going to be targeting Alvin Kamara (great), Tre’quan Smith (eh), Emmanuel Sanders (eh) and then some assortment of Adam Trautman, Taysom Hill and maybe Deonte Harris. At some point we have to acknowledge that Brees is fighting a bit of an uphill battle here.  Even in week three, Brees’ numbers were largely propped up by Alvin Kamara who made a highlight run to the endzone on a screen pass. While that’s great and will happen from time to time, you shouldn’t count on it weekly. For me, this isn’t the Brees of years past. Brees is likely still a fine play in plus matchups, but if I have an eager fantasy manager in my league that wants Drew Brees after his week three effort, I’m fine to move on and play other options at the position.

The Chargers said goodbye to Melvin Gordon in the offseason and hello to fourth round draft choice Joshua Kelley out of UCLA. Austin Ekeler is still the focal point out of the backfield and now with Justin Herbert taking over much earlier than anticipated at QB, the offense looks to be moving up and down the field a bit more. Kelley has 43 rush attempts through three weeks, although his usage week to week has been a bit perplexing (12,23,8 rushes). Week 3 could have been reduced usage as a little bit of punishment due to a fumble. That and Austin Ekeler was just very effective. While Kelley hasn’t had a huge breakout game yet in terms of fantasy points, it’s clear the game is coming to him naturally and brighter days are ahead. Should Ekeler miss time due to injury, Kelley is a player that has league winning type value as Justin Jackson doesn’t seem to be much of a threat to his work even once Jackson is healthy. Kelley is getting good looks each game, seems to be trusted inside the redzone, and look at that-- even has a good last name.

I’ve gotta say...this isn’t one I thought I’d be writing in week 3. What exactly is Cincy doing with Joe Mixon? The Bengals decided to extend the running back before the season started giving Mixon a four-year deal for $48 million. My general rule of thumb in projecting what a team thinks of and how they might utilize a player going forward is simply ‘follow the money’. This money to me, and probably you, says the Bengals are ready to feature Joe Mixon. Well this is sort of true. Mixon is averaging more than 20 touches per game, can’t hate that. Mixon is having trouble in creating space to force missed tackles as he has ZERO breakaway runs this season. Is part of this due to the woes on the Bengals offensive front? Probably. Now could Mixon have a second half awakening like last season? Sure, but the Bengals face the Ravens, Colts, Browns, and Steelers in four of their next six games. At this point, Mixon is a volume play and you’re hoping he falls into the endzone at some point. Think 2018 David Johnson sans the catches. That’s not a ride I want to go along for nor is it one that I think is going to help my fantasy squad win.

It’s looking pretty bleak for the Denver Broncos season as a whole. They’re without their star WR Courtland Sutton who tore his ACL after injuring his shoulder in training camp. They’re down their starting QB Drew Lock who suffered an AC joint sprain in week 2. Not to mention the injuries on the defensive side of the ball. And if signing Blake Bortles off his couch is any indication, things may continue to be bumpy. Nonetheless, fantasy value can be found in the form of TE Noah Fant. Fant has been targeted 21 times over the Broncos first three games. He has at least four catches and 46 yards in each contest which isn’t overly amazing, but we’re talking the TE position and a lot of weeks that is serviceable production. Fant has also found the endzone twice. Don’t get me wrong, this offense is ugly. Scoring opportunity as a whole is the limitation of Fant’s upside however, with Jerry Jeudy, K.J. Hamler, and Tim Patrick serving as the team's primary WR’s, Fant is often the most trusted option. The good news (for fantasy) is that the Broncos are likely to find themselves in negative game scripts and needing to throw the ball. Fant is a solid weekly option at the position.

Coming into the season, you were either really in on the Higbee breakout at the end of 2019 or really out due to his inflated draft cost. Either way, Higbee is a top half TE1 through three games of 2020. This is largely (directly)  due to his week 2 performance in which the Eagles forgot they needed to cover Higbee and he got loose for three scores. A highly efficient day on only five targets. His most in any game thus far. Higbee only saw two targets this past week in a game in which 67 points were scored (he was off the field for a brief time in the second half). It’s hard to bet on his efficiency for 16 games with this type of target volume. I’m willing to trade Higbee away based on his overall standing and hope that someone else is buying into that week 2 performance.