Trying to trade a player by itself can be a grind sometimes. Even worse are trades involving multiple players/picks on both sides with varying values. Trade calculators can be helpful for these types of trades but you become dependent on the calculator’s rankings/values of players. What if you’re much higher or lower on a player but still aren’t sure how they compare to the other pieces of the trade? I’ve got a couple of those kinds of trades that I wanted to take a look at today and I’ll show you an easy trick I use to help me out. 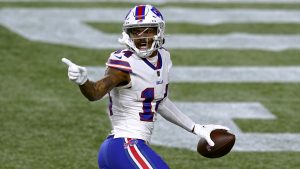 The first trade we have involves a lot of mid-to-high valued WRs. The only thing we know about the league is that it’s SuperFlex. Since all the players are WRs, the scoring and league construction shouldn’t really affect the player values (unless there is some sort of weird rule but we’ll assume there’s not).

So how do you approach a trade like this? We’ve got a 2 WR for 2 WR swap with some picks to try to even it out. Diggs is the most valuable player here but it obviously isn’t a clear cut 2-for-1 trade. Does the 1st round pick for 2nd round pick fill in the value difference between the WR swaps? I’m sure some people see a trade like this and can take it all in but looking at these trades as a whole for me just doesn’t work. My simple trick to handling bigger trades is just breaking them down into smaller pieces. I find pieces on one side that add up to one (or more) on the other side and keep doing that until I have my answer. It’s a pretty simple idea but I’ll show my thought process with this trade.

Note: These are my player evaluations and your opinions on players might affect how you feel about this trade. The process itself will work for you but just switch the pieces around as needed.

So given those two smaller trades within the bigger trade, I would take the Diggs/Beckham/1st side. I gave Moore the edge in the first piece, but Diggs had a much bigger edge in the second piece. Really it’s the extra picks that are swaying it towards the Diggs side for me. Ignore the picks and it’s a pretty fair trade. 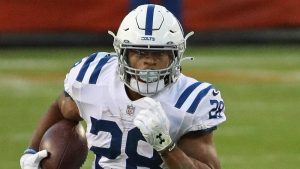 Here’s another trade where using my trick helps me out. Again, the only thing we know about this league is that it’s SuperFlex. It’d be nice to know if it’s a point per reception (PPR) league or not but I generally assume at least .5 PPR if I don’t know.

Like I said, looking at large trades as a whole just doesn’t work for me. Something just doesn’t click when comparing so many pieces and that’s just with these easy 3 for 3 trades. I’ve seen, and been involved in, trades with 5 or more pieces on each side which I don’t even think about evaluating without breaking it down.

So hopefully this helps with any trades like this you come across but you can use this advice in other places you might struggle in. Got a big work or school project that just seems like too much? Break it down into bite size chunks and take it a step at a time. You don’t get bonus points in life for stressing yourself out.