Handcuffs can be defined in different ways.  The traditional way is to say the handcuff is a backup who would take over the starting duties if/when the starting RB is injured.  However, with the way many NFL teams have gone to using multiple backs, a newer way to define a handcuff is a RB whose usage would increase in the event of an injury to his backfield teammate.

With that being said, we at dynastyprosfootball.com have put together a list of the best “handcuffs” to have...regardless of stand alone value. 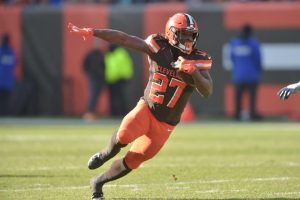 In the offseason, the Browns placed a second round tender on Kareem Hunt. This shows how much he means to the organization.  The talk out of Cleveland recently is Hunt has been working with the receivers and has a shot to play in the slot quite a bit. All signs point to Hunt having a solid role in this offense in 2020. He very well could prove to be a thorn in the side of the Nick Chubb owner this season. This gives Hunt flex value in PPR leagues without requiring Chubb to miss time. If Chubb were to miss time, Hunt slides instantly into a 3 down role and fantasy points galore.The Browns largest deficit last season was the offensive line, which they addressed in multiple ways through free agency and the draft. Adding a first round Tackle in Jedrick Wills, and signing Right Tackle Jack Conklin, who helped Derrick Henry win the rushing title in 2019. It’s also easy to forget that Kareem Hunt led the league in rushing when he came into the NFL as a rookie. He is still an excellent talent and will be playing to prove to the league he deserves another contract. Look for Hunt to provide flex value with Chubb healthy, and top-12 value should Chubb miss any time. -Alex French 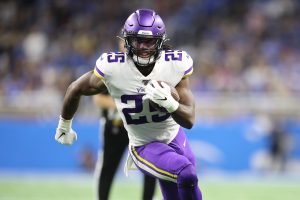 Early this summer, when Dalvin Cook was reportedly holding out, people were treating Alexander Mattison like he was a fantasy starter. He isn’t, yet. What he is, is a talented player who averaged 8.6 touches per game and 4.6 yards per rush last year even when Dalvin Cook was getting most of the snaps/touches in that backfield. If Cook goes down with an injury, which he has in the past, expect Mattison to inherit all of Cook’s 22 touches-per-game as the starter. Backup running backs that stand to inherit that kind of workload as a starter are always worth a roster spot in all formats. Mattison isn’t quite as explosive or effective in the passing game as Cook, but all Cook owners should jump on Mattison if he falls outside the top-100 picks. -Chris Gregory

In his last season at Ohio State, the diminutive JK Dobbins proved himself a workhorse capable of toting the ball 21.5 times per game to the tune of 2,003 total rushing yards. While he won’t get that kind of volume in a crowded Baltimore backfield next year, he should see at least half of the 191 touches that the Ravens gave to Gus Edwards and Justice Hill last season. Dobbins could also benefit in the passing game if Lamar Jackson sticks to his promise to run less, and dump the ball off more. Dobbins’ quick feet, reliable hands, and terrific acceleration could make RPO’s with Jackson virtually impossible for defenses to defend. As a result, Dobbins should net at least 110 rushes and 25 targets if Mark Ingram stays healthy. If Ingram were to go down, expect Dobbins to top 16 touches per game and exceed Ingram’s 1,265 total yards from last season. -Chris Gregory 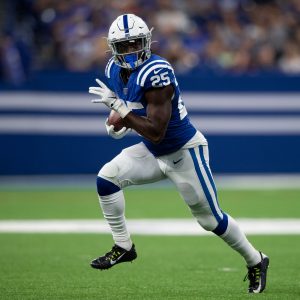 The Colts have arguably the best offensive line in the entire league. In the NFL draft, they took one of the best running back prospects in Jonathan Taylor. Not only did they draft Taylor, but also traded up in the second round to do so. These signs point to Taylor taking the starting role, while pushing Marlon Mack into a secondary role. With how dominant the Colts offensive line is, that makes Mack an excellent handcuff. In 12 games in 2018, Mack ran for 908 yards, which is a 1200 yard pace. Last season, Mack ran for 1091 yards in 14 games...an almost identical pace. One part of Mack’s game that is often overlooked is his pass catching ability. Throughout his college career, Mack caught 65 passes. This offseason, the Colts brought in Philip Rivers from the Chargers. Rivers threw 178 passes to his backs last year. Should Mack have the primary role at any point this season, he is poised for fantasy success. Also in a contract year, he will be playing to prove he deserves another contract. -Alex French 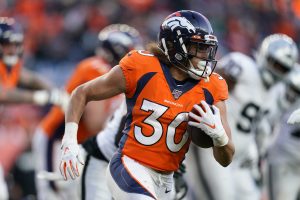 All Phillip Lindsay has done in his two years in Denver is run for 2,048 yards on just 416 carries and catch 70 passes.  In the offseason, the Broncos felt the need to bring in Melvin Gordon to take over the lead running back role.  So, Lindsay will move into the RB2 role and battle for touches.  Gordon has been known to miss time throughout his career with the Chargers, leaving hope for Lindsay to provide fantasy value as one of the best handcuffs.  -Tommy Harvey 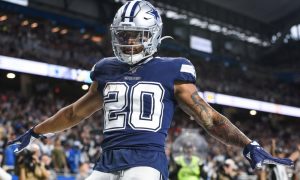 Tony Pollard is a must have handcuff for any Zeke dynasty owners, especially this year. With all the COVID-19 risk to go along with the usual injury risk, if Zeke misses any time, Pollard will get all the work that is up for grabs. He is a proven back out of Memphis, who also flashed as a receiver. He was able to carry the ball 86 times last year with an average of 5.3 per carry. His versatility could also lead to him lining up as a receiver and getting on the field more, much like Mike McCarthy used Ty Montgomery in Green Bay. -Jake Miller 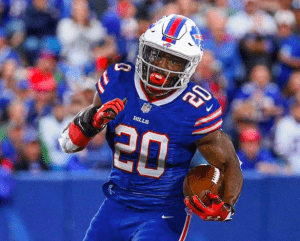 Zach Moss steps into a great situation with a team that likes to establish the run and has 166 vacated carries up for grabs with Frank Gore’s departure.  He will almost certainly be the goal line back. While at Utah, he was #1 in the Pac 12 in rushing yards (1416), yards from scrimmage (1804), rushing TDs (15) and total TDs (17).  He is the only player in Utah history to rush for over 1,000 yards in three straight seasons.  According to PFF, Moss has the 3rd highest broken tackles per carry rate over the last 6 seasons and he had 16 plays in 2019 that went for 25 yards or more. You don’t need to be a Devin Singletary owner to draft Zack Moss, but if you are, this is one handcuff you don’t want to miss out on. -Levi Ellis 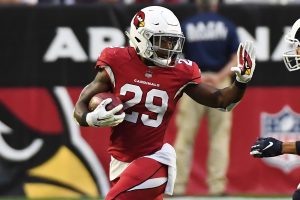 Last season, the Cardinals planned on relying heavily on RB David Johnson.  However, Johnson suffered through injury and ineffective play, forcing Arizona to make a move with Miami for Kenyan Drake.  Throughout the 2019 season, Chase Edmonds was forced into action and performed admirably when given the opportunity.  Edmonds’ biggest game came against the New York Giants, when he rushed for 126 yards and 3 TDs on 27 carries.  Heading into 2020, Edmonds will again be the RB2 in the desert.  If Drake were to be forced to miss time due to injury or Covid-19, or be ineffective, Edmonds would be the next RB in line for touches. -Tommy Harvey 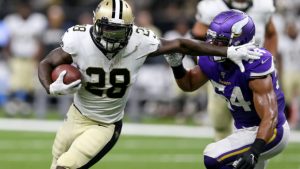 While Latavius Murray doesn’t pack the same one-two punch that Mark Ingram provided to Alvin Kamara, he does present himself as a good ‘break glass in case of emergency’ option. Murray heads into his age 30 season behind a presumably, fully healthy Kamara. While Murray technically started multiple games last season, his two biggest games came when Kamara was held out of action. Murray tallied 221 rushing yards on 48 carries and added three rushing scores. He also managed to collect 14 receptions and added another touchdown reception. Other than these two contests, Murray only saw double digit rush attempts in two other contests, one being a pretty meaningless week 17 matchup. He likely won’t provide weekly flex worthy numbers, unless he hits paydirt.  I wouldn’t necessarily seek Murray out if you don’t have Alvin Kamara as your RB1, but he’s an absolute must stash if AK is on your squad. -Matt Kelley 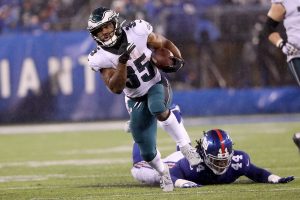 Say it with me, ‘Miles Sanders is not Christian McCaffrey’. The Philadelphia Eagles, despite consistent speculation, have not added depth to their backfield over the offseason in the form of a veteran running back (yet). While that is a possibility, I’m betting on the Eagles pursuing their 2020 quest with Sanders and Boston Scott as their go to backs. Doug Pederson has notably been a RBBC coach in his tenure. Is Sanders the best RB he’s had since being in Philly? Probably. The good news here is that both Sanders and Scott can see enough volume to coexist. Scott will have weekly PPR flex upside. He isn’t likely to overwhelm as a rusher... think of him more as Austin Ekeler lite. He has great hands out of the backfield and can make guys miss. Scott racked up 23 catches over the final four weeks for 199 yards.  He displayed a nose for the end zone as well putting up four scores on the ground. Should Sanders miss extended time, Scott will be the primary backfield weapon, and at the point he will provide solid RB2 value. I’m drafting Scott with or without Sanders in PPR formats. You should too. -Matt Kelley

Other handcuffs to target: