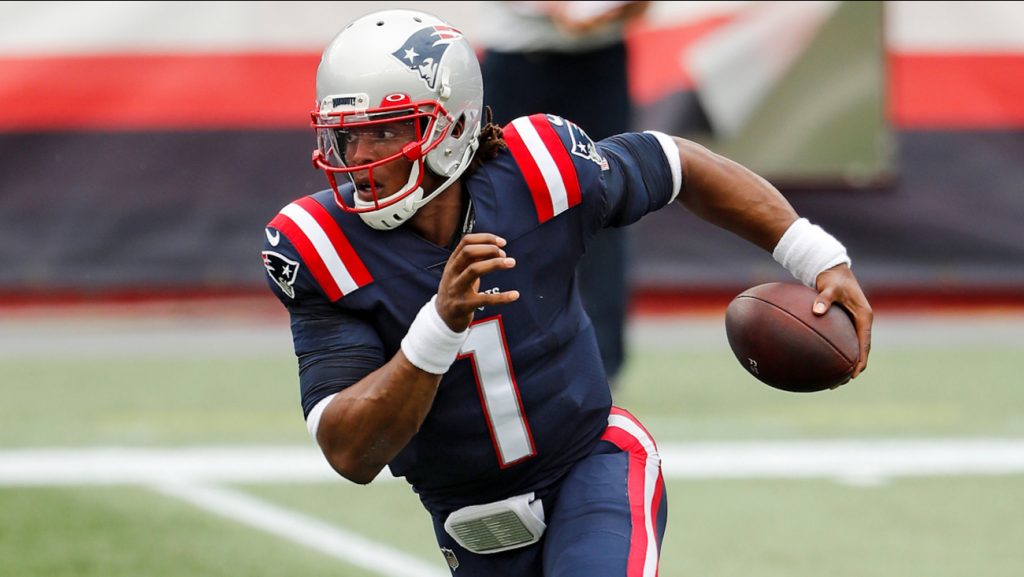 Don't give up on Cam yet! Yes, his 2020 was not pretty, but COVID-19 is a wicked virus and messes with people in weird ways. He even said later he was 'stagnant' after recovering, and he 'felt behind' in the Patriots offense.

Cam tested positive ahead of the week 4 matchup against the Chiefs. Through the first three weeks of the season he was QB6 with 24.49 points per game. He subsequently finished the year as QB19, so something clearly went wrong.

Bill Belichick has spent the offseason making sure Cam as everything he needs to succeed. Bill signed the TWO biggest free-agent tight ends in Jonnu Smith and Hunter Henry. While the addition of both may hurt their own fantasy stock, it does increase Newton's stock.

In the past, Cam loved to target TE Greg Olsen in Carolina. In the 6 *full* seasons they were together (2011-2016), Olsen averaged 71/897/5 per year. Those are solid numbers for Old Cam, but what about Current Cam? Good question.

Most of the time it hurts to watch Cam throw. He doesn’t like to throw it deep, and that’s probably for the best. However, Cam can get the ball to tight ends. In 2020, Cam averaged 6.7 air yards per attempt. Guess who averaged exactly 6.7 yds/target? Hunter Henry. Jonnu Smith is right there as well by averaging 6.9 yds/target.

My point, if Cam is going to succeed in New England it’s going to be this year. Given his new weapons and his rushing ability, Cam now has the tools to thrive. I would look to draft Cam as my 2nd QB in a 2QB 12-14 team league. If you’re not in that type of league, Cam could be a solid backup option. 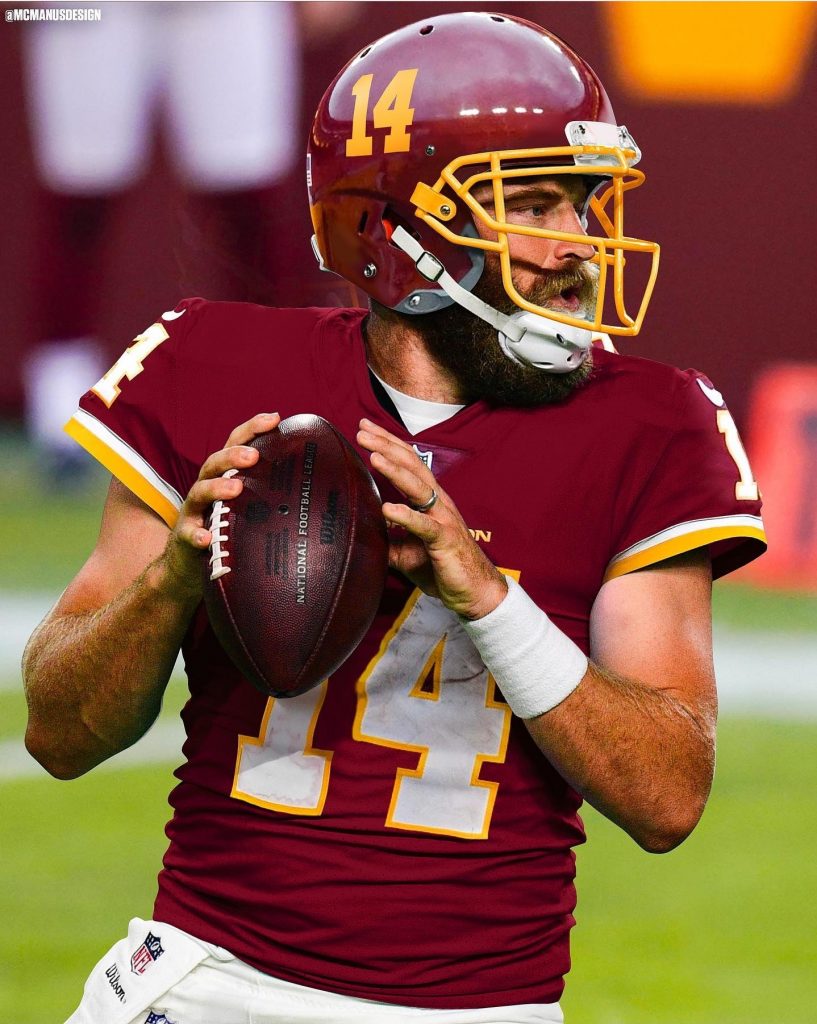 Ryan Fitzpatrick is the definition of a ‘one-year rental,’ and that’s exactly the case for the Washington Football Team, Fitzpatrick’s 9th team.  Fitz enjoyed a solid 2020 with the Dolphins before being benched for Tua, and he may now be joining his most talented team yet. The WFT has a young, hungry defense, and their offensive weapons are just as young and hungry. Antonio Gibson and (THE) Terry McLaurin will be the focal points of the offense in 2021, and now they have a 17-year-veteran under center.

While Fitzpatrick is an upgrade for the WFT, he’s 38 yrs. old and hasn’t played a full 16 game schedule since 2015. So I have doubts about how long the (Fitz) magic will/can last.

Fitzpatrick started the first 6 games for the Dolphins in 2020, and during that stretch he ranked QB12 with 20.98 ppg. When he got the start in Week 12 he finished QB8, scoring 19.28 points. So, when Fitz is hot, it can be fun for his managers.

During Fitzpatrick’s starting stretch, though, it didn’t equal that much production for his receivers. DeVante Parker ranked WR26 while Preston Williams ranked WR34. However, Matt Gesicki did burst onto the scene in those weeks by racking up 40.1 total fantasy points, good enough for TE9. McLaurin & Curtis Samuel are much more talented than Parker & Williams, so they should be good to go. The Gesicki-outcome is a good indicator for TE Logan Thomas, who enjoyed a solid 2020 as well.

Fitzpatrick is joining a VERY talented team and as long as the magic lasts, all-involved are about to benefit. Since he’s been in the league, I’ve lived by the rule - ‘If Terry McLaurin is involved, BUY.’ That rule led me to use my last draft pick on Dwayne Haskins last season, so let’s hope this ends much differently for the WFT. 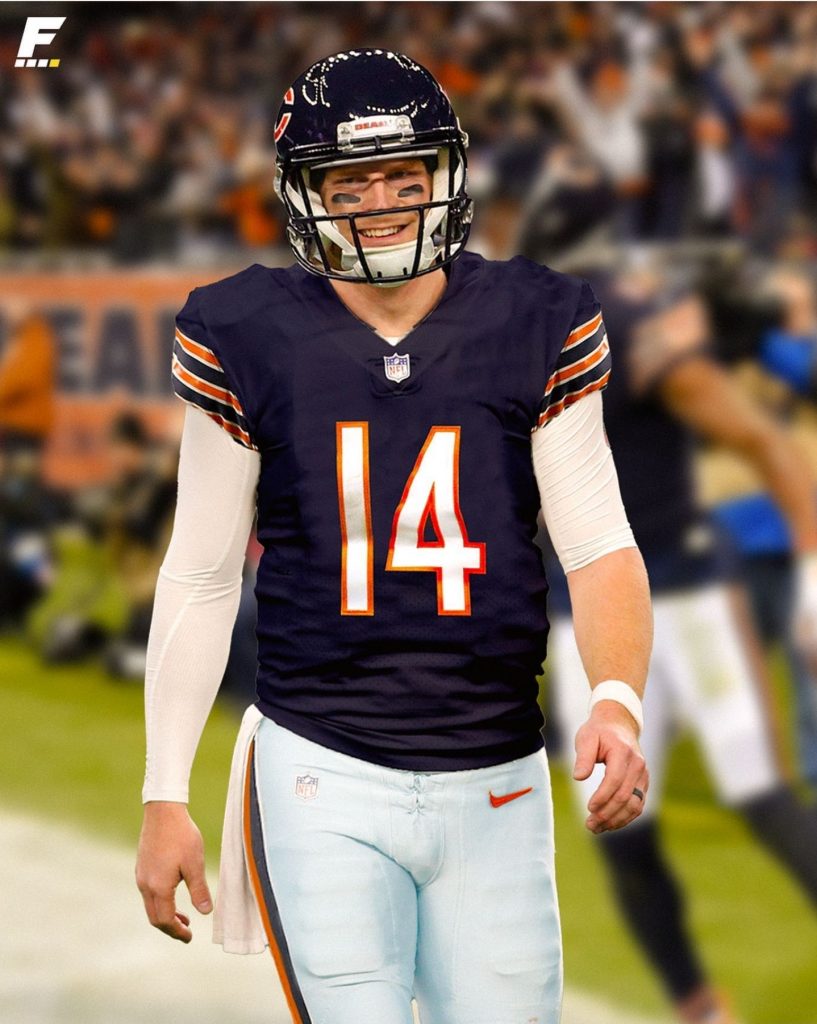 FLASH: It's 2035 and the Chicago Bears are still being criticized for their quarterback. Are you surprised? Nor am I. After needing a quarterback for a handful of seasons, they go out and sign Andy Dalton to lead their widely talented team in 2021. Think about it - you have a Top 10 WR, Top 10 RB and a Top 10 Defense and you decide Andy Dalton is the best choice moving forward. Ugh...

Regardless of how rough this signing is for the Bears, there is one glimmer of hope: The play-action pass. Dalton ranked outside of the Top 20 in every passing category/statistic in 2020, except for one. He ranked 9th in play-action completion percentage (69.4%). Even better news for Bears' fans, Chicago ranked 4th in 2020 for the most play-action passes. Now the Dalton signing makes sense! Kinda.

I fully expect the Bears to finish first in play-action passes in 2021, and that will be their key to success. As for fantasy: Best to stay away from Dalton in the draft and look for him to be a bye-week starter later in the year. 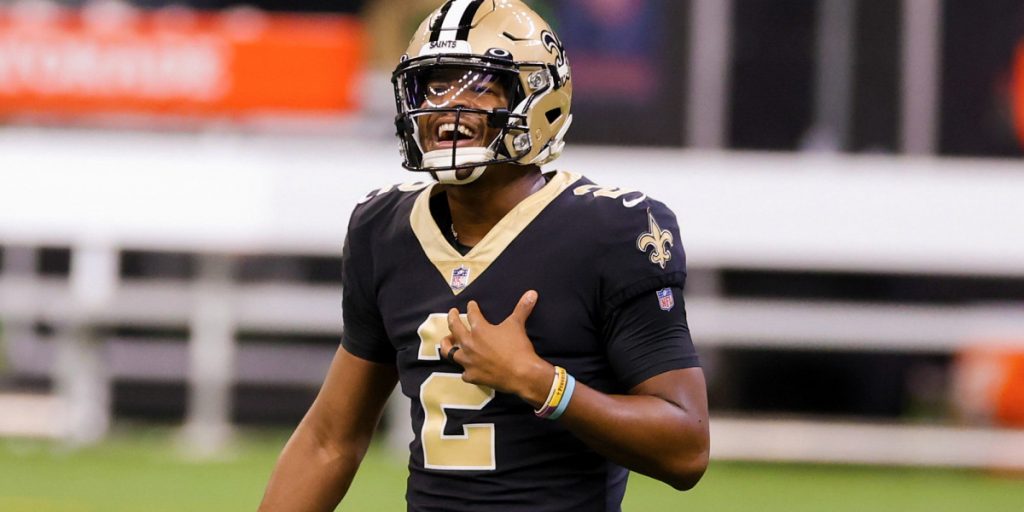 There is now a legitimate QB battle in New Orleans, but for this experiment let's just say Winston is the Week 1 starter. Taysom Hill will most definitely still be a part of the game plan. To dive into 2021, we need to look at Winston's historically weird 2019.

If Winston is under center, plan for the Saints to look deep more than they did in 2020. In 2019, Winston ranked #1 in a few big-play categories:

Be ready for the (possible) 'Air Show in NOLA' if Winston gets the starting gig, and if he can keep his mistakes in check - Hill shouldn't be too much of a factor in the passing game. Brees still played at least 95% of the snaps in most games in 2020.

As for Winston's rushing game, there's not much there. We should fully expect for Hill to take over all rushing attempts next season. In 2019 Winston did rank in the Top 10 among QB's in a few rushing categories, but he only recorded 1 rushing touchdown.

Given Payton's desire to control the clock and Hill's rushing ability - Winston has the *ability* to finish as a Top 10 QB, but a Top 18 finish should be expected. If he gets the nod to start, Winston could be a later-round steal for 2QB leagues with 10 or more teams.