The Fantasy Impact of Watson’s Return

Instead of beating around the bush or politely hinting at the elephant in the room I think I should address it before we go further. After this paragraph we will only be discussing Watson in regards to his fantasy production and impact on those around him on the Browns offense. The issues involving him and the victims are a very serious matter. I do not want to make light of it or pretend that these accusations are not troubling but I assume you are not on a dynasty football website for either a legal or ethics discussion with me. I’m sure over the offseason your twitter feed was filled with a lot of these discussions. If you do not want to roster Deshaun Watson due to everything that has happened I do understand and it is your team, do what you think is right. I completely understand given the nature of what has been reported. Many fantasy players will take off the field issues as an opportunity to get superstar talent at a discount. 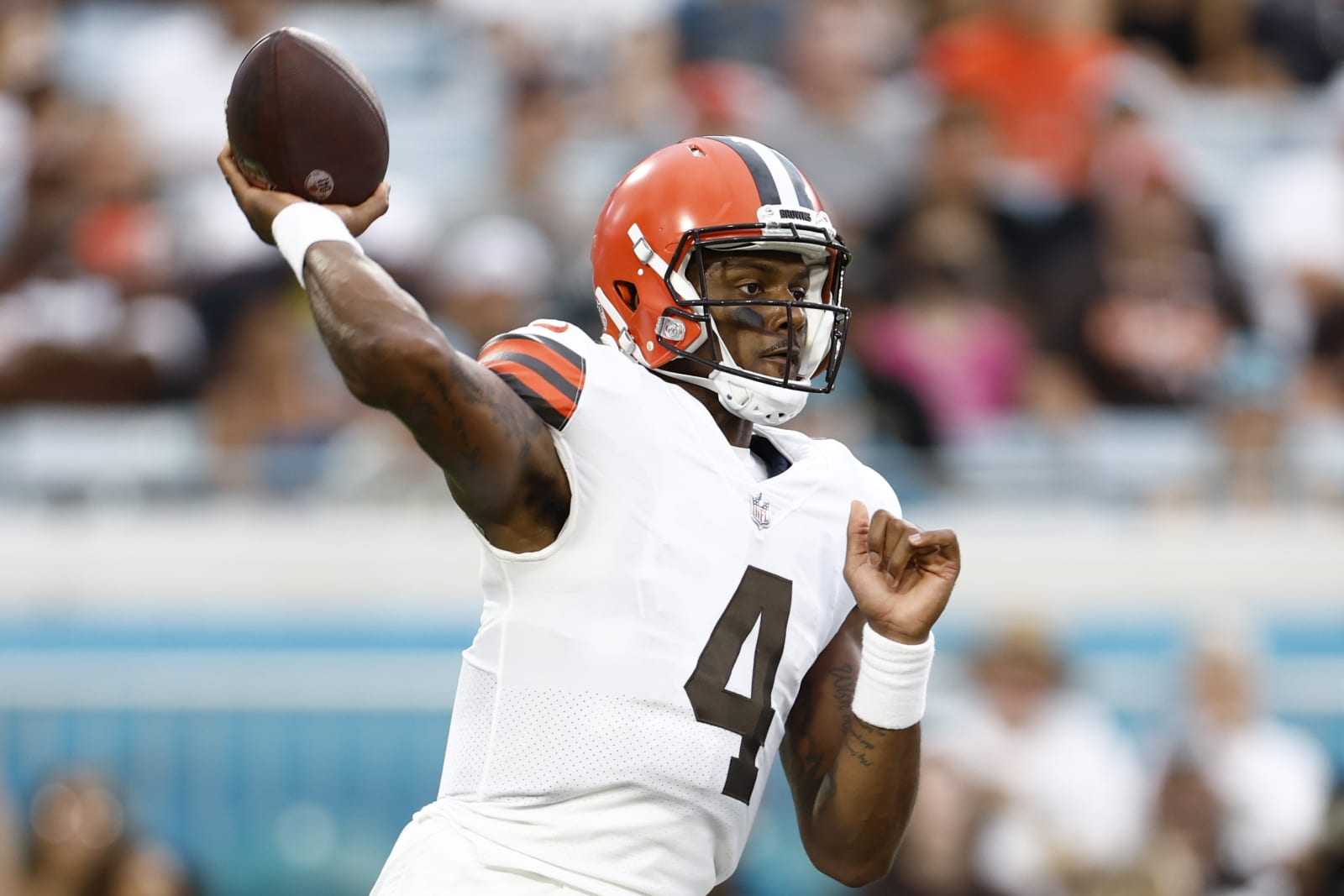 It’s been so long since we have seen Watson on the field that we may need to take a brief look back at the player he was. The top ranked QB of his class coming out of high school, Watson quickly became the starter as a freshman at Clemson and never looked back. Countless awards and accolades followed as Watson lived up completely to the billing of his highly ranked recruiting status. After being drafted by the Texans, it took one half of football from Tom Savage at QB for Watson to take over and take off. Over the next few years Watson continued to become better and better but the Texans seemed to be spiraling downward.

Following the 2020 season, Watson wanted out. He was unhappy with the direction of the franchise in the hires for head coach and general manager. Not only did he not get a trade before the 2021 season, the beginning of his off the field troubles began. Despite not receiving any league punishment in 2021, Watson was active for as many games that season as I was. The Texans could not find a trade partner in 2021 given a potential suspension looming. This would have to be an offseason move. Finally the Texans were able to find a deal that would suit them. In March of 2022, Watson was traded to the Cleveland Browns and after a back and forth between the NFL and NFLPA was issued an 11 game suspension.

Well that 11 game suspension has been served and it’s time to see what Watson can do in a Browns jersey. We have a couple things we do need to consider here. First off, everyone playing right now is in the flow of an NFL season and Watson is coming in with about a week or actual practice with the team. He has not played with live bullets so to speak since Week 17 of the 2020 season. The little bit of preseason we saw was not exactly the thing that inspires confidence. We also need to consider the scheme and Watson’s skill set. Watson is at his best chucking the rock down the field while the offense that Stefanski runs is more about moving the ball in smaller chunks by coming out in 21 personnel (2 TEs, 1 RB, 2 WRs) and running the ball to set up playaction over the middle. I think all of these things could be overcome but if things do not work out for Watson right away, those are some potential reasons why it didn’t work.

On the more positive side, consider the weapons he has to work with. First of all, the running game is a QBs best friend. The type of coverages you can run when a safety has to play in the box to respect Nick Chubb and Kareem Hunt opens up a bunch of stuff over the top. The pass catchers are at least a capable group. Amari Cooper is solid, Peoples-Jones continues to become more and more involved and the tight end group with Njoku and Bryant can provide a bit of help as well. Watson’s ability to throw the ball over the top cannot be understated here with this group that has some talent down the field. We will see how much it is part of the offensive play calling but my thought process is that it should become more than it has been with the improvement in quarterback. The situation is set up nicely for him to be successful for your fantasy team down the stretch of the season if you are already a contender. 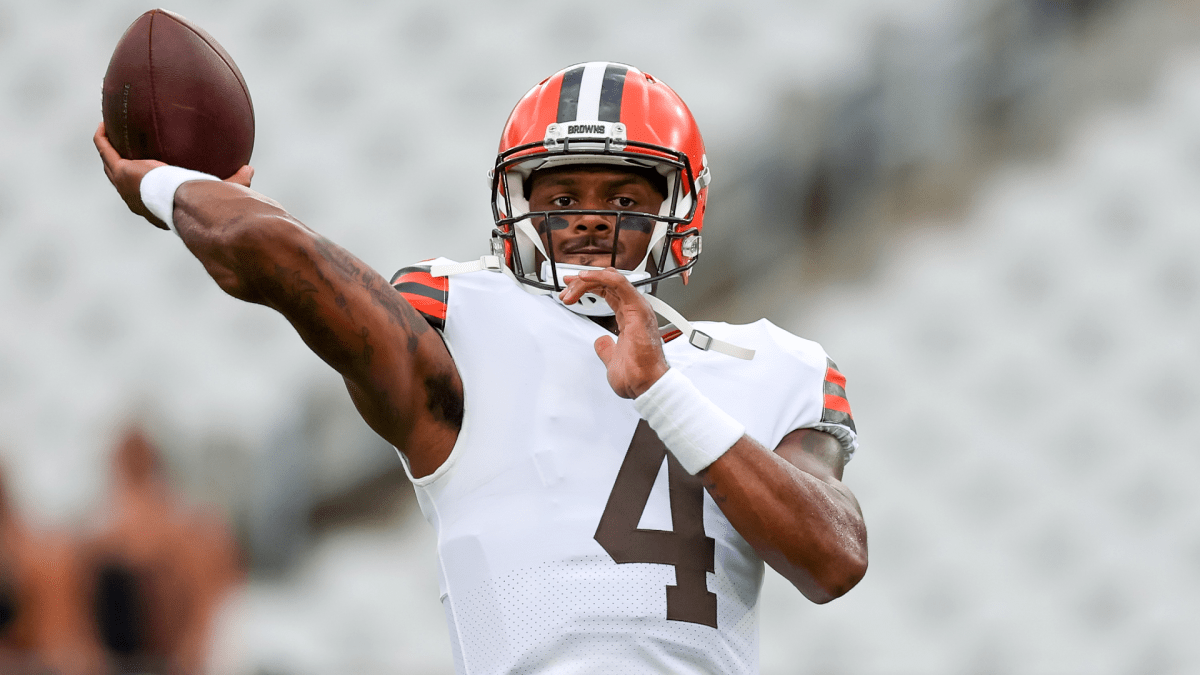 Seeing how the offense can help Watson succeed is only half of the discussion when it comes to fantasy football. How Watson affects the rest of this offense is perhaps even more important as there are fewer shares of Watson to go around as there are of Chubb, Cooper, Njoku, etc. Starting in the backfield I have to believe this is a net even when it is all said and done. They are likely to throw more but I believe that is offset but the increased touchdown opportunity. The tight end group gets a small bump for touchdown equity but nothing that likely shakes up the TE rankings too much unless Watson just starts chucking it to Njoku 8-10 times a game. The biggest beneficiaries in the whole offense though have to be these pass catchers. Amari Cooper has already performed pretty solid compared to what his offseason and startup value was but he could just take off down the stretch. We have seen Cooper put up some monster fantasy numbers in the past and could end up nearly single handedly winning you a week in the postseason. Watson has the arm to get it to him. DVP could become a weekly starter for you if things line up right.

This is really a bigger tension point for the teams with Deshaun Watson then I can probably put into words. If he is putting up numbers like he did early in his career, the rosters that have him get a huge boost in either fantasy point production or a valuable trade asset. If things do not hit the ground running and begin to get bad, you may never get any return on investment in the long term. Things in dynasty move so fast and this has the potential to be a huge upswing or massive drop off for a lot of rosters. If you just want to ensure that you come out with a decent middle case, the move right now is to move for something good now. Find that team that is in the playoffs but only getting by with guys like Stafford and Rodgers that might want the upside of Watson. The trade will likely look one sided eventually, just hope you are on the right end of that. In a SuperFlex league I want roughly the value of two 1sts but probably want a player in there somewhere. As thin as it is for QBs in those leagues right now, if he hits his ceiling the payoff is huge. I want a big enough payoff to make me okay eating that on the chin. The move could also be to trade him plus to get a guy like Hurts. For the most part though, I think the best strategy here is honestly just hold and see how this all plays out.