As we come another step closer to predicting who will raise the Lombardi trophy in the NFL in 2022, let’s discuss the Conference Championship.  Three playoff contenders return from last season and one new one enters.  This round will shine like the rest, so let’s see who continues on.

The Cardinals versus the Rams brings excitement and intrigue in many different facets, and I look forward to seeing them in full display in this highly anticipated rematch of last year’s divisional playoffs.  It was a straight up mollywhopping last time around, but will it be the same this time around?  Will the Rams have their way again or will Kyler Murray and his team show they aren’t going to be pushed around any more?

To me, the edge on defense goes to the Rams.  Featuring a cast rivaled by few, Aaron Donald and Jalen Ramsey alone are enough to terrorize but they aren’t alone.  Other players like Leonard Floyd are vastly underrated and Bobby Wagner’s presence is still one to behold.  You have to remember, though, that the Cardinals defense is also fantastic.  The Cardinals defense is still one to be taken seriously; make no mistake.

As far as offense is concerned, despite all the weapons the Rams boast, I give the edge to the Cardinals.  And while the Rams may have the better talent on an individual basis, as a collective unit, I’m going with Arizona.  DeAndre Hopkins will be thriving come this time of the year and James Conner continues to be forgotten when he should be focused on.  The depth for the Cardinals also gets the edge on my end.

In a battle between the better offense versus the better defense, it’s sure to be a close one.  In my heart of hearts, I want to choose the Cardinals here as they will be hungrier and want to prove themselves to be the team on top.  That being said, it’s hard to ignore recent history.  Even though I see the Cardinals as the better team, I’m going with the Rams this time around.  Come this time in 2023, it’ll be a different story. 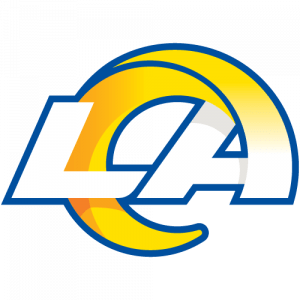 From a fantasy football perspective, this matchup is truly insane.  Featuring, in my mind, the two best quarterbacks in the game, this matchup won’t even come close to disappointing.  In real life, it’s almost just as exciting.  Of all of the games so far in this series, this is the one I’m wanting to see more than anything.  If we get lucky enough to watch it on full display, let’s discuss what the outcome will be.

If we’re talking defense here, I think it will be the two best defenses in the league.  Although I want to give the edge to the Chargers with all of their newly acquired talent, I’m going to give it to the Bills this time.  It takes time for talent to really meld, and the Bills are already there.  That being said, it’s the slightest of margins.  The Chargers played worse than they should have on defense last year, and with players like Khalil Mack and JC Jackson being added, they’ll be second best in 2022.

On offense, although the Bills will be fantastic, it won’t be at the same level as the Chargers.  Although the Chargers won’t be the best offense in the entire league, they’re near the top.  Despite all of the rage of Josh Allen as the best quarterback, I am certain Justin Herbert has the edge and Austin Ekeler will prove his worth once again.  There is no facet of Buffalo’s offense that is better than Los Angeles’.

So, much like in the NFC, it's a battle between the better offense versus the better defense.  And, like I said before, even though one is better than the other, it’s awfully close.  I see this going very similarly to the Buffalo versus Kansas City game in the playoffs last season.  The difference is that the offense won’t be able to run as wild as these defenses will hold the other side more accountable.  What a thriller it will be. 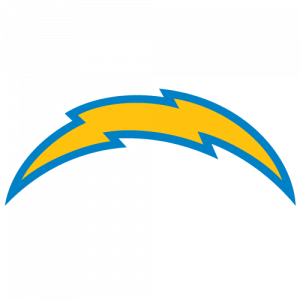 There’s one more round to go in 2022.  Two teams but only one can win it all.  The anticipation is killing me.  Check later for the exciting conclusion.