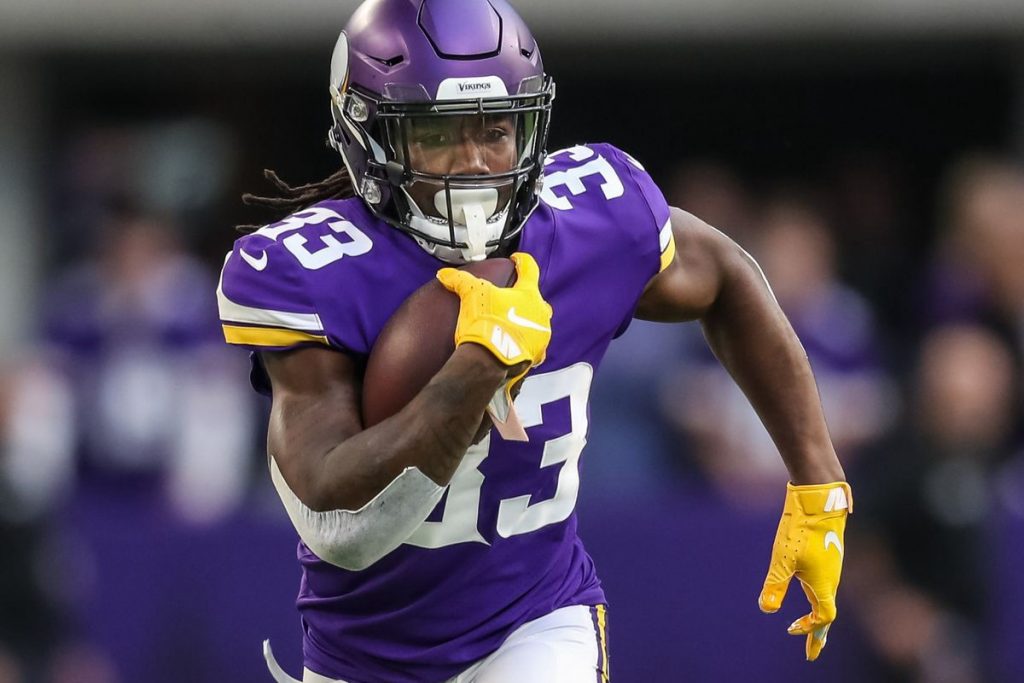 NFL Training Camps are underway, and guess who showed for work? Dalvin Cook. I can’t say that I blame him. Cook would have faced a $50,000 fine for each day he didn't report to the team, per the league's new CBA. If you’re a Dalvin Cook owner you can breathe a little easier now. But as a Dalvin owner, you have to ask yourself the same question every season:

How many games is Dalvin going to play?

That’s the question that haunts all Dalvin Cook owners. How many games will he leave early? Will he miss games in the fantasy playoffs.. again? When do I draft Alexander Mattison? Dalvin owner’s have grown tired of wondering, and it’s time to do something about it:

They say you can’t win your fantasy league in the first round, but you sure can lose it. So let’s face it, Dalvin is too risky to be your RB1. He has never played a full season and he played in only 4 games his rookie year. In 2018, he missed 5 games and left early in 2 more. Last year, he played at an elite level, but left early in week 15 and missed week 16. That timing was awful, considering it was your fantasy playoffs and championship game. Fantasy owners were doing whatever they could to get their hands on Mike Boone, only to watch him crap the bed in your fantasy championship game.

That certainly has left a bad taste in your mouth as a Dalvin owner. It’s the same feeling AJ Green owners have dealt with for years.

So, let’s sell Dalvin now while you still get top dollar for him. His value is the highest it’s ever been and probably the highest it will ever be.

He is valued as a top 5 running back in all formats and he’s considered a top 5 RB in Dynasty as well. I’m afraid that if...and when...he misses time this season, he could slip out of the top-10 RBs next year. That’s because there’s a strong possibility that there are new members of the top-10 RB club next year. The emergence of players like Clyde Edward-Helaire, Jonathan Taylor, JK Dobbins, and Kenyan Drake could very well push Dalvin back.

This is why you need to shop Dalvin in your dynasty league. There are a million different deals you can make, but most of you would need another RB if you were to move on from Dalvin. Target players like Alvin Kamara, Ezekiel Elliot, or a combination of rookie picks. If you could get a package of players and a top 3 rookie pick, you would be in great shape for the future. A top 3 pick with a running back like Kenyan Drake, Nick Chubb, or Derrick Henry would be a great haul. That may be wishful thinking in some leagues, but in other leagues it could make sense. That’s where you come in, and sell your trade partner on Dalvin. Be sure to push that he averaged almost 21 fantasy points per game in PPR. That was number 2 only behind McCaffrey.

It’s time to get out of the Dalvin Cook business. Go make a profit on him while you still can. You'll thank yourself a year from now.