For the purposes of this season-long article series, I will take you through how all the fantasy relevant rookies from the 2021 class are performing on a week-to-week basis. I will breakdown their weekly statistics and offensive role regarding their real-life development and fantasy football outlook.

In last year’s series, I often noted that Tua Tagovailoa looked like he had (and now continues to have) high potential to be a good real life NFL quarterback but lacked the fantasy football ceiling that we as fantasy General Managers desire. He limited turnovers and was often efficient in his passing statistics but did not contain the same weekly upside as fellow 2020 rookie QB Justin Herbert.

The 2020 rookie class was truly epic; but this is a new year and a new class. Let’s dive into how the 2021 class performed in Week 1 and eventually see how they stack up to the previous class by season’s end. Week 1 of the 2021 season surely had its share of surprises as well as expected outcomes. There were 5 first round QBs selected in the top 15 picks of the 2021 draft; who won week 1?

All three of these young franchise QBs came away with loses; but in Super Flex leagues, I would feel comfortable with all of them as a QB2 options depending on the matchup. 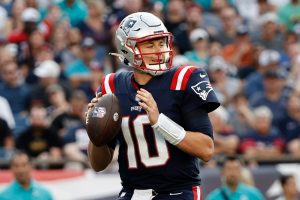 Both Lance and Fields played a limited number of snaps, however both registered TDs in their brief appearances on the field. Trey Lance threw a TD pass on his first ever pass attempt as an NFL QB. Justin Fields was able to score on his lone rushing attempt. Week 1 gave us just a little taste of what should be prolific careers!

Kyle Trask, Kellen Mond, and Davis Mills all did not see the field in week 1 and likely may not see it at all this season. For dynasty purposes it is best to just throw them in the taxi squad and wait for their time to shine!

Najee Harris – Harris handled 100% of the Pittsburgh RB rushing attempts; you love to see it! However, he was very inefficient as he gained 45 yards on 16 carries. The combination of the tough Buffalo Defense and the less-than-optimal Pittsburgh offensive line certainly contributed

to the ineffective performance. The peripheral usage statistics and his talent are worth our focus moving forward! Better days ahead!

Elijah Mitchell – Mitchell had an extremely productive performance as veteran starter Raheem Mostert unfortunately left the game early due to what was later to be discovered as a season-ending knee injury. Mitchell handled 19 carries for 104 yards and 1 TD! Mitchell’s productive day was even more surprising than fellow rookie teammate Trey Sermon’s inactive designation. Legitimate questions linger regarding the running game workload but for now it appears that Mitchell is or should be the guy. I’m keeping a close eye on this backfield! 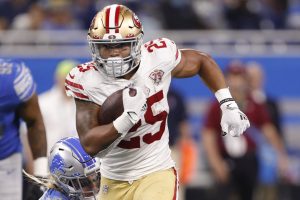 Kenneth Gainwell – Gainwell has apparently beat out Boston Scott for the RB2 role for the Eagles offense. Gainwell looked fantastic in relief duties of starter Miles Sanders. He caught 2 of 3 targets for 6 yards and gained 37 yards on 9 carries. What was most notable is that he scored an 8 yard rushing touchdown; pass-catching and red zone use is a phenomenal start for the rookie!

Javonte Williams – The Denver backfield was one of the big situation to monitor going into week 1. Willimas actually led the Broncos with 15 touches; great! 39 total yards; not great! Williams handled 14 carries for 45 yards and caught his only target for -4 yards

Wanting to see more of:

Tier 1 - Chuba Hubbard, Michael Carter, Trey Sermon (major surprise week 1 inactive), and of course we will have to wait until next season for Travis Etienne; sad face.

Ja’Marr Chase – Chase had a very strong debut performance which was paramount for his outlook as he struggled with drops in the preseason and in training camp. Chase led the Bengals in targets, catches, and receiving yards catching 5 of 7 targets for 101 yards and a TD!

Jaylen Waddle – Waddle had a solid debut as he hauled in the lone passing TD from Tua Tagovailoa. Waddle caught 4 of 5 targets for 61 yards including the TD! Week 1 the Dolphins were without Will Fuller, so I will be keeping a close eye on how his presence affects Jaylen Waddle.

DeVonta Smith – Smith had a superb debut as he led the Eagles in targets (8) and receiving yards (71). Smith caught 6 of 8 targets for 71 yards and touchdown which was his first career catch! He looks to be a FLEX play in all formats moving forward. 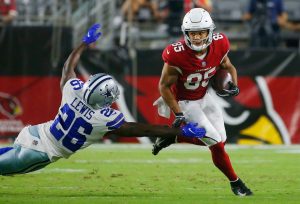 Moore and Marshall remain solid bench stashes for redraft leagues and may have FLEX appeal in deeper leagues sooner rather than later!

Wanting to see more of:

Tier 1 - Elijah Moore, Dyami Brown, Kadarius Toney, Amon-Ra St. Brown, and Rashod Bateman who is likely to have a slow start after beginning the season on IR

Cleveland Browns WR Anthony Schwartz had his intriguing athleticism on display as he made the most in Odell Beckham Jr’s absence. Schwartz had a total of 4 touches; 3 catches on 5 targets for 69 yards with a long of 44 yards! He also handled one rushing attempt for 17 yards! Odell Beckham Jr. has already been ruled out for week 2; perhaps more Schwartz showcasing is in store!

Kyle Pitts – The Falcons had a season opener to forget with rookie head coach Arthur Smith. Atlanta struggled offensively but certainly made a point to give Pitts a prominent role. Pitts was tied (with Calvin Ridley) for the team lead in targets as he caught 4 of 8 targets for 31 yards. Historically, rookie tight ends struggle in their first season; the question is if Pitts can break the mold? Expect the Falcons offense to improve and in return, improved production from Pitts. 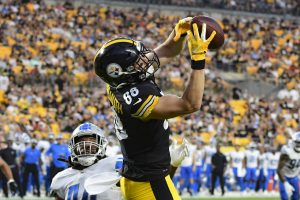