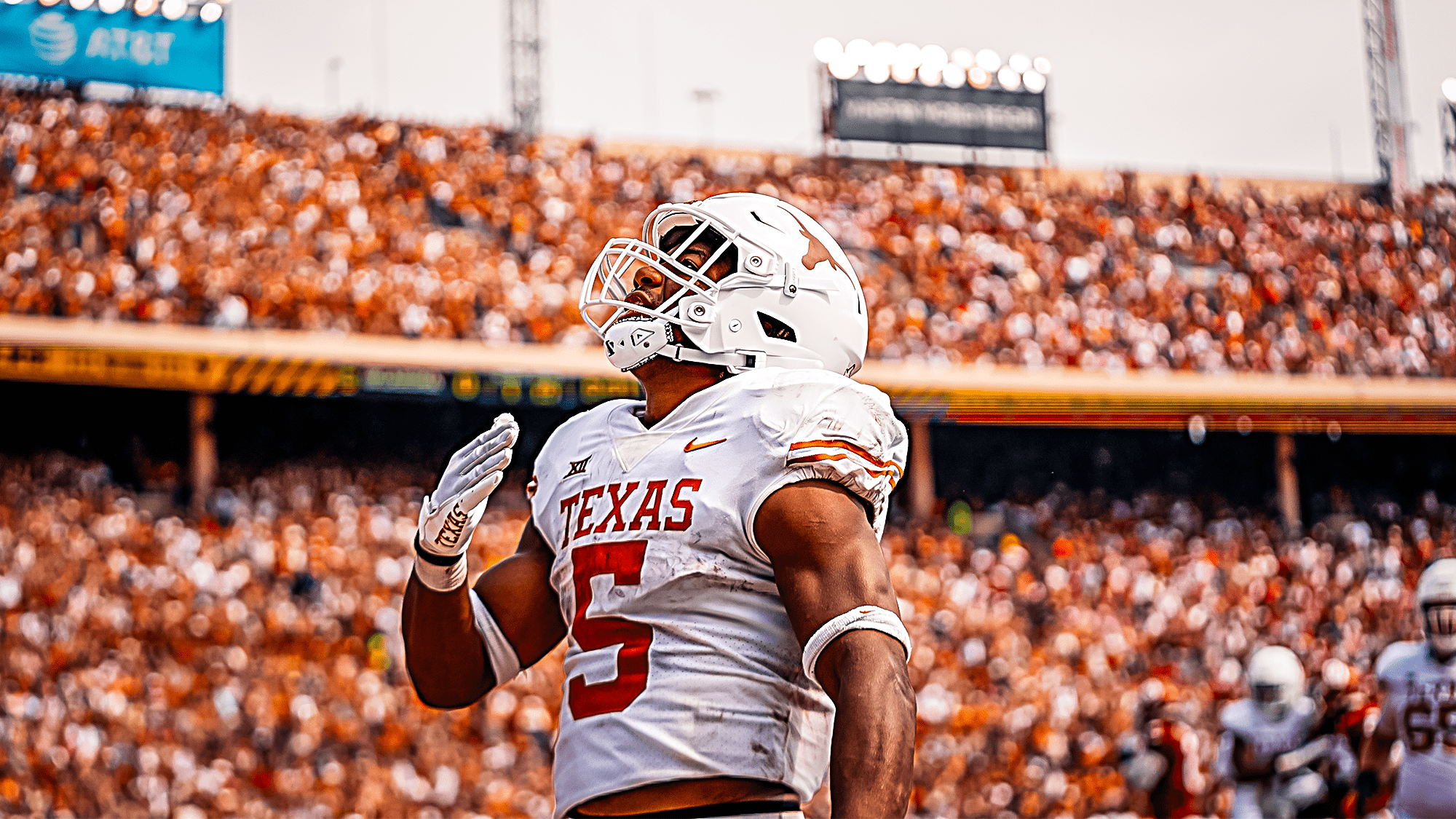 Bijan Robinson is 1.01 in most people’s rookie mock drafts, so I doubt I’m telling you anything you don’t know.  However, in case you didn’t know, Bijan Robinson is a STUD!  He will arguably be a top-5 fantasy asset the day he is drafted, and will push for RB1 notoriety in his rookie season.

Robinson is almost the ultimate running back.  He has prototypical size.  He has breakaway, house-calling speed.  He has good vision and cutback ability.  He is good in pass protection.  He has good hands and route running ability, to the point of being able to split out wide in certain formations.

I did say almost the ultimate running back, right?  He does tend to run a bit upright between the tackles that can open him up to some danger.  Adrian Peterson did too, and that didn’t seem to hinder him too much.  Robinson is the best RB to enter the NFL Draft since Saquan Barkley, and I have no qualms in drafting him in the 1st round of a startup draft.

The Cardinals are a team in flux right now.  Kliff Kingsbury was fired, DeAndre Hopkins is rumored to be on the trade block, and they need playmakers to take the pressure off Kyler Murray.

The Raiders declined Josh Jacobs 5th year option last offseason, and he went on to lead the NFL in rushing.  With Jacobs on the way out, Vegas needs to make a move at RB.

Miles Sanders is a free agent at season’s end.  The one thing Philly lacks is an elite RB to pair with Jalen Hurts.

Philadelphia Eagles - With two 1st round picks, the Eagles not only have a need for an elite RB, they have the ability to take the next big thing early on during night 1 of the draft.