The title should give it away, right? Well, I’m going to start a series over the next couple weeks where I give you 3 players from each position as post-hype sleepers. First, let’s define what I mean by post-hype sleeper: this is a player who generated copious amounts of excitement, but failed to actually breakout or in some cases even meet expectations. With our definition in place, let’s jump right in. 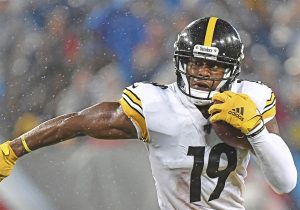 Rewind the calendar with me for a second. Let’s go back to before the Corona Virus to this time last year. The narrative was that JuJu was arguably the top WR in dynasty formats. He was coming off a season where he had 111 receptions over 1400 yards and 7 total touchdowns. He was outstanding in 2018. The real question was if he could produce without Antonio Brown on the other side, a question that is still unanswered.

Last season, JuJu was meant to be the primary receiver for the Steelers. However, Pittsburgh lost their QB Ben Roethlisberger to an elbow injury 2 games into the season. Left to backup QB play, the entire offense struggled. The Steelers’ quarterbacks combined to be ranked at 32 in efficiency and QBR.

Also working against JuJu was the injury bug. He played in just 12 games in 2019, and left 2 of those games early. This year, at just 23 years old, JuJu is fully healthy, and is entering a contract year. He will be motivated to show the league how talented he is.

Another reason JuJu fits into this category for me is the return of his quarterback. All reports out of Pittsburgh indicate Roethlisberger is healthy and feeling better than ever. In spite of the disappointments last season, I think JuJu is primed to return to 2018 form. Did I mention the Steelers have vocalized the desire to move JuJu back to the slot position? That should really open things back up for JuJu, which spells success for him and the Steelers in 2020. 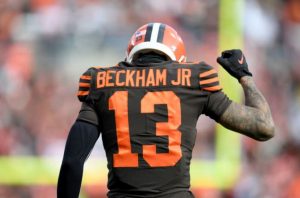 Saying last season was a disappointment for Beckham is really an understatement. Posting just 74 receptions for 1035 yards and 4 touchdowns on 133 targets. He also saw just 4 red zone targets. Both back-up tight ends for the Browns saw more.

If we also look at his success rate against man coverage last year, there is reason to believe he was injured. After the season, news broke that he had sports hernia surgery. It has since been reported that he is fully healthy and ready for the start of camp.

There are concerns about the Browns being a run first offense, however the passing efficiency should greatly improve. Last season Beckham had the most deep ball incompletions that were deemed the quarterback’s fault with 16. Beckham was also primarily used as a deep receiving option, which I expect to change with the new offense.

With the off-season additions of Jack Conklin and Jedrick Wills, the offensive line should be much improved. The run game should also be better to help improve the efficiency of play action passing, where Baker Mayfield flourishes.

I think Beckham is primed to return to form and improve on his numbers all around in 2020. Last season, provided us with a realistic view of his floor...which is still productive. 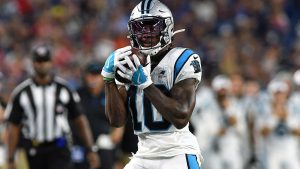 If you follow me on Twitter (@TheBlindGuyFF), you may recognize this statistic. It’s a great stat that really shows the situation Samuel faced last season. Curtis Samuel is the only receiver to finish top 15 on the season in air yards who didn’t have at least 1000 receiving yards. I think that really emphasizes the struggles he saw from the quarterback position.

Samuel is a superb athlete, which we’ve seen in flashes at the NFL level. He showed it consistently when involved in the offense at Ohio State. He just needs the ball in his hands, which Teddy Bridgewater will do. Bridgewater is supremely accurate in the short game and with new offensive coordinator in Joe Brady coming from LSU, Samuel should see plenty of opportunity to succeed.

Understanding at Dynasty Pros we primarily focus on dynasty, I’m going to attempt to make this series apply to redraft as well as dynasty. I realize this group of players is likely owned in your leagues, but you may be able to acquire them from the owner who spent most of last season frustrated with the production these guys provided. On the other hand, if you happen to own these guys in your league, brighter days are ahead for you. Look for my next article of the series to follow soon.