It’s Sunday evening, the weekend is winding down, and that means it's back to the grind in the morning. I’ve been putting this article off all weekend, as this has been the hardest of the series to write. What is the reason you ask? Well, some of the guys that were hyped lived up to it like Darren Waller and Mark Andrews. Others, like OJ Howard and Hunter Henry, have had their situations drastically change.  As a reminder, I consider a post-hype sleeper a player who received large amounts of hype, but failed to meet expectations. 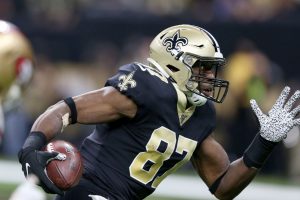 This is a bit of a weird pick, but hear me out. Cook had 9 touchdowns last year on just 43 receptions. That’s good for an incredible TD rate of 20.9 percent. By no means do I think he will repeat that rate. However, even with regression baked in, I think he’s in line for a top 8 finish at the position. Cook  was learning a new offense last year and he also dealt with an injury early on.  Once Cook returned from his injury, Drew Brees left with one of his own. Towards the end of the season, Brees and Cook seemed to really hit a groove. With a full season to have learned the offense, and the chemistry Cook now has with his quarterback, it's quite easy to see a scenario where Cook finishes with over 700 yards and 8 touchdowns. 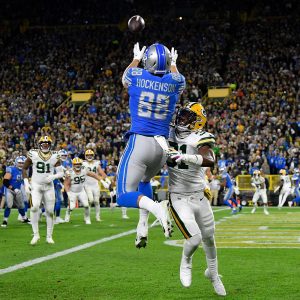 It’s hard to put Hockenson in this category considering he was a rookie last year. Yet, if you remember the narrative last year, it was that Hockenson had too much talent. He was going to be the rookie tight end that finally put up good numbers and change the idea that rookie tight ends just don’t produce. Well, he did…. in week 1. Following his 100+ yard performance, he failed to even top 65 yards the remainder of the season. With Matthew Stafford healthy, I expect Hockenson to put it all together in year two. He’s supremely athletic and in a pass heavy offense. Look for him to prove why he was a top-10 pick in the NFL draft. 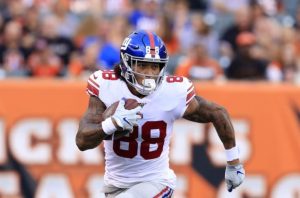 Injuries have plagued Engram since he entered the league in 2017. He has only played in 19 games the last 2 seasons combined. However, he has produced solid numbers when on the field. Entering his fourth year in the league, I could see him putting it all together. The Giants don’t have a true alpha receiver which also opens the door for Engram to see plenty of opportunity in the offense. It’s also reasonable to expect the Giants to see many negative game scripts this season. This should mean quite a few pass attempts as the Giants play catch up. At the tight end position, opportunity is sometimes all it takes. Add the athleticism Evan Engram brings, and you have the recipe for a reliable weekly starter in your lineup.

I know these names may not be the most exciting at the position, but tight end saw quite a few breakouts last season. There are also many names that generate excitement in the later rounds, such as Blake Jarwin, Jonnu Smith, and another favorite of mine, Hayden Hurst. With all this in mind, I think 2020 is finally the year the tight end position actually has some depth. Let me know on Twitter who your favorite post-hype sleepers are this year @TheBlindGuyFF.