On the Move: Running Backs

The Dolphins are a team who could look to be a major player this offseason.  From Deshaun Watson to Russell Wilson, Miami should be looking to upgrade.  They are in definite need of an RB to provide a better ground game.

Michael Carter was good as a rookie, but he also was injured multiple times and could use a partner in the Jets backfield.  QB Zach Wilson also needs help from the running game in order for him to grow as the J-E-T-S franchise QB.

The Texans have been a poorly run franchise for a long time.  Their roster may be the worst in the NFL and they are in need at nearly every position.  While they must build through the draft, they also must hit on key free agents to help foster a winning culture.

I’m really stuck on what the Falcons should do for their organization moving forward.  They have an older QB in Matt Ryan, but not much else.  Russell Gage is a pending free agent and Calvin Ridley may be done in Atlanta…if not the NFL.  Mike Davis was terrible in his first season for the Falcons, while Cordarrelle Patterson was a revelation...but not necessarily a feature back.

The Buccaneers could go from being a Super Bowl contender to one of the worst teams in the NFL very quickly.  The GOAT Tom Brady has retired.  Leonard Fournette, Ronald Jones II, Chris Godwin, and Rob Gronkowski are all free agents.  I would assume they would be looking to retain as much as they could, but they also could be looking to rebuild.

The recent Saints under Sean Payton were very much a two-RB offense with guys like Mark Ingram and Alvin Kamara.  Kamara is still in NO…for now (legal issues pending), but they are still missing a compliment to him.

Both of the Arizona RBs are free agents this offseason.  If they both were to bolt, then the Cardinals will be looking to replace them.  If only one were to leave, then they would likely still be looking for another back to pair with the one who stays.

Rashaad Penny…could be headed out of Seattle to become a star RB elsewhere.  Chris Carson…problems with staying on the field due to injury.  DeeJay Dallas…really?  The Seahawks are in need of a RB and should be in the market, either in free agency or the NFL Draft. 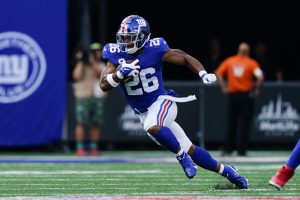 Reports have surfaced that the Giants may be looking to move on from Saquan Barkley.  True or not, it is a very interesting idea.  New HC Brian Daboll did not maximize use of his RBs while in Buffalo and Barkley has not been very efficient when on the field. Since tearing his ACL in 2020, Barkley has played a total of 15 games and has only averaged 3.46 ypc.  Sure…some of that can be attributed to a below-average offensive line and less-than-stellar play calling and usage, but we have to wonder if he still has the ability to be an elite RB.

CP may be the most versatile player in the NFL.  Pro-Bowl caliber return man…check.  Ability to play WR…check.  Potential to play Safety…check.  Productive and highly efficient RB…check!  Cordarrelle (or should I say Scoredarrelle) combined for 11 rushing and receiving TDs in 2021 for a pretty bad Atlanta Falcons offense.  Originally drafted as a WR, Patterson proved he could be an effective playmaker out of the backfield.  I expect him to remain in Atlanta, but he would be a fit on most RB needy teams due to his versatility.

Both Playoff Lenny and RoJo are free agents this offseason, and both will have plenty of suitors.  Jones was considered the starter for most of the season last season, but Fournette took over that role this season.  While Fournette was injured, Jones filled in decently.  I would expect Tampa Bay to attempt to bring back one if not both RBs. 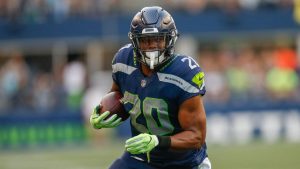 Rashaad Penny became a star late in the season for Seattle.  He ran for 135+ yards in 4 of his last 5 games, going for 360 yards in his final 2 games of the season.  The 26 year old is seemingly heading into his prime years and is beginning to show why he was a first round pick.  Miami may be the best fit for Penny to show he can be a bell-cow RB.

How much juice does Melvin Gordon have left?  The 28 year old has run for over 900 yards in back-to-back seasons, but Denver has his replacement in Javonte Williams.  I think it is possible he could return to Denver in a diminished role. 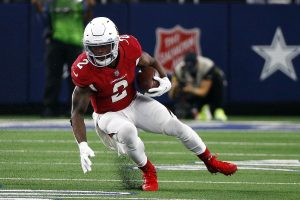 James Conner was a TD monster this season, with 18 total TDs.  He showed he can still be a productive player after many people wrote him off after he struggled in Pittsburgh.  Chase Edmonds was a versatile RB for the Cardinals this season in an expanded role.  He made it possible for Arizona to let Kenyan Drake leave last offseason.  The Cards will need to figure out their issues with starting QB Kyler Murray, but I think they should prioritize bringing back both RBs in their backfield.

Mostert has been great when he has been on the field with San Francisco.  However, that has only lasted for a few games here and there.  As a free agent, he should be looking for a fresh start with a rebuilding/building team…like Houston or Atlanta or as a complimentary back with a team like Arizona.

Mack is the odd man out in Indianapolis, with Jonathan Taylor and Nyheim Hines already entrenched in the Colts plans.  Prior to his achilles tear in 2020, Marlon Mack was a 1,000 yard rusher.  Normally achilles tears are hard to come back from for RBs, so does anybody give Mack a chance this offseason?  I think the New York Jets could be a possible fit to pair with Michael Carter.