On The Move: Quarterbacks

Nearly half the league could see a change at QB heading into next season.  Disgruntled current signal callers, organizations wanting a change, and retirements will lead to a lot of movement this offseason.  I fully expect Denver, Washington, Pittsburgh, and Tampa Bay to be the most active in terms of searching for an elite QB.  Others like Tennessee, Las Vegas, Philadelphia, Indianapolis, and Miami may be looking for an upgrade.  There is also Atlanta, Carolina, New Orleans, the New York Giants, Green Bay, and Seattle that could be starting over at the position. 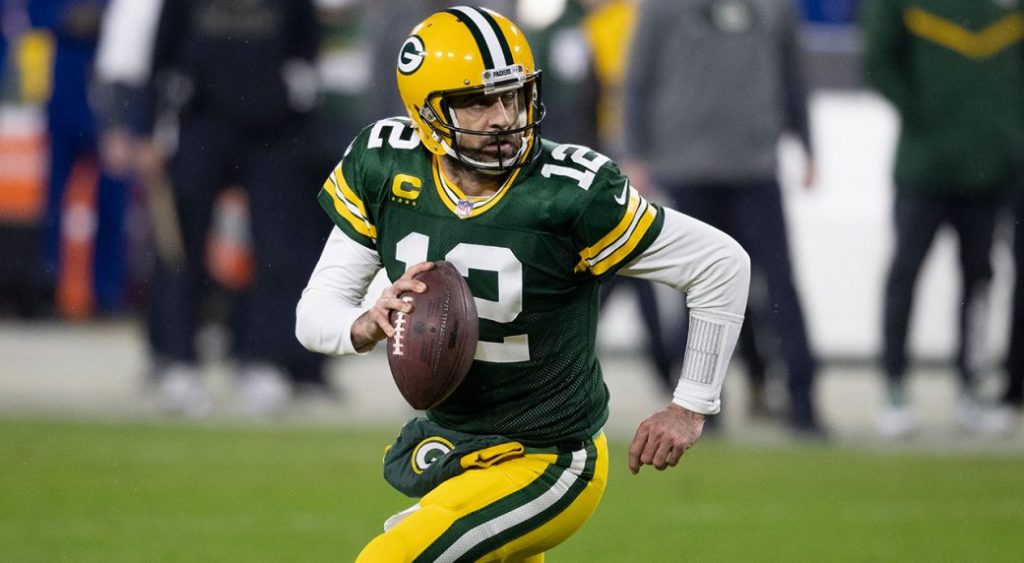 Even though he is not necessarily a free agent, he effectively is.  Aaron Rodgers has almost as much freedom of movement as a free agent would, and he is going to be the most sought after QB available.  With so many teams possibly looking for a QB in this year’s market, I believe these teams are the best fits for Rodgers.

The Broncos are probably the best overall fit, especially with Nathaniel Hackett (former Green Bay OC) being hired as the new HC.  WIth already near elite skill position talent, Denver is the most win-now ready QB needy team.  WRs Courtland Sutton, Jerry Jeudy, Tim Patrick, and KJ Hamler, TEs Noah Fant and Albert Okwuegbunam, and RB Javonte Williams make up a solid foundation for Aaron Rodgers to be able to step right in to.

With Big Ben’s retirement, the Steelers will be looking to replace…and upgrade…what Roethlisberger provided.  Throw in the fact that Pittsburgh already has elite weapons in WRs Diontae Johnson and Chase Claypool, TE Pat Freiermuth, and RB Najee Harris, and you have a ready made Super Bowl contender in a loaded division.

Terry McLaurin, Curtis Samuel, Antonio Gibson, and Logan Thomas are exciting players for any offense.  With a future Hall of Fame QB, Washington would be scary in a very winnable division.  Reports have surfaced that they will be heavily involved in the QB market.

I don’t expect him to return, but never say never.  If they can resign Davante Adams, they will definitely have the guys to make another run.  Can the Packers front office and Aaron Rodgers reconcile their differences?  That’s the biggest question in this whole situation. 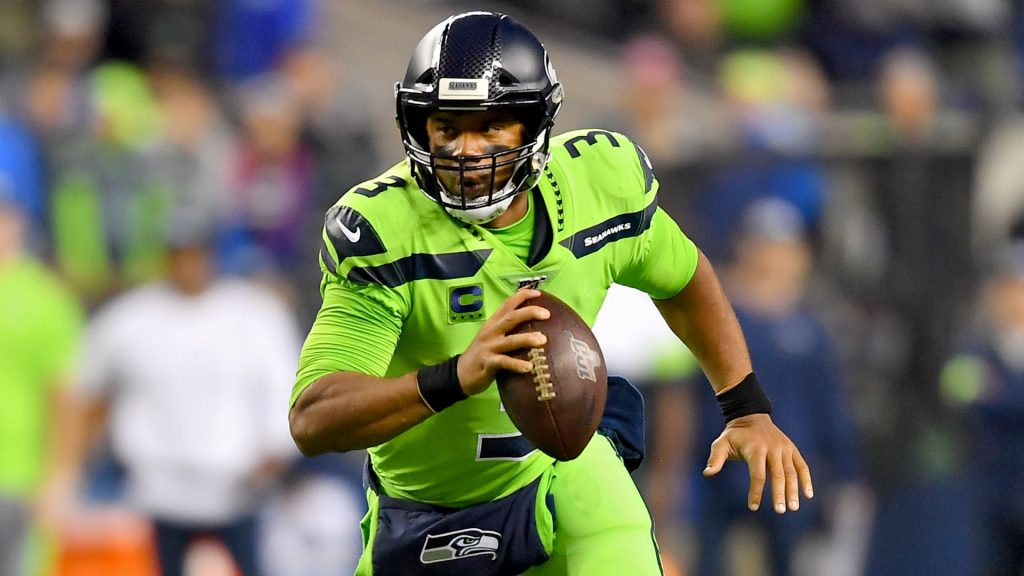 In a similar situation to Aaron Rodgers, Russell Wilson has been rumored to want out of Seattle…or at least away from Pete Carroll.  While leaving DK Metcalf and Tyler Lockett wouldn’t be advisable to most people, a change of scenery may just be what Russ needs to get back to elite status.  Where is the best fit?

New HC Brian Daboll may be looking to upgrade from current QB Daniel Jones.  If the Giants move on from the former #6 overall pick, then Russell Wilson is the obvious replacement.  Many believe Wilson wants to be in New York anyways.  With WRs Kenny Golladay and Darius Slayton and RB Saquan Barkley, the New York football Giants could be a sleeping…ahem…giant.

Could the Dolphins be in the market for a new QB?  Maybe a Russell Wilson for Tua Tagovailoa (plus more) swap is in the cards.  WRs Jaylen Waddle and DeVante Parker make up a solid 1-2 punch.

The Buccaneers have a lot of question marks this offseason.  From Tom Brady retiring, to the pending free agency of RBs Leonard Fournette and Ronald Jones, WR Chris Godwin, and TE Rob Gronkowski, how can Tampa Bay stay relevant in NFC?  Pairing Russell Wilson with Mike Evans and keeping Godwin and Fournette would be a great start.

It would be awfully difficult to leave Metcalf and Lockett if Russ and Carroll can get on the same page.  The question here: Is Russ driving the bus, or does his wife have the keys? 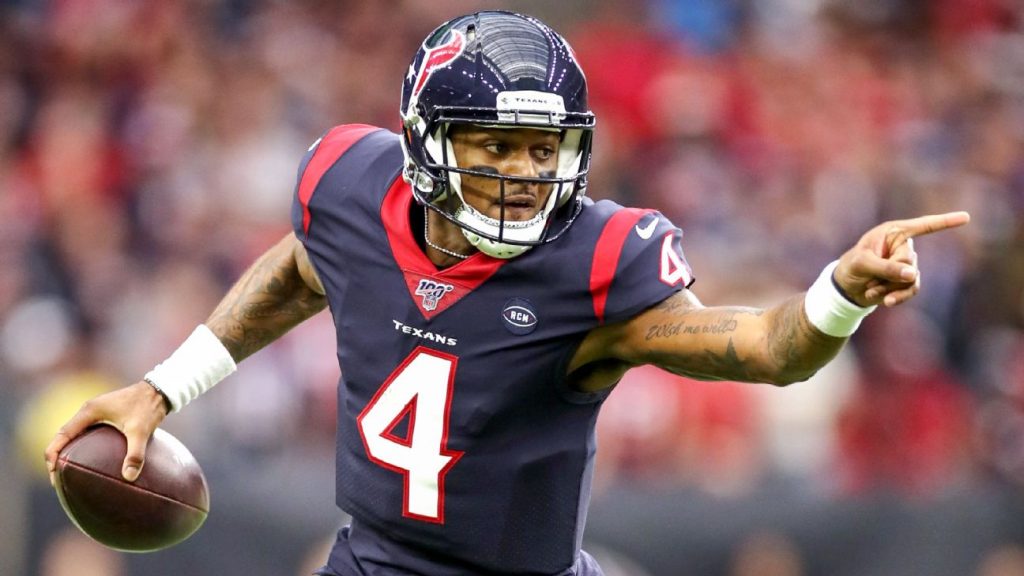 Everybody is familiar with Watson’s alleged masseuse issues to go along with his desire to leave Houston.  However, he is still an elite NFL QB that should have plenty of plenty of potential trade partners.  His age along with his ability will probably fetch the most interest from QB needy teams this offseason.

How about a Watson for Derek Carr trade?  With new HC Josh McDaniels and a new GM in tow, the Raiders could look to freshen things up at QB.  Carr hasn’t been bad, but the younger Watson could be considered an upgrade to go along with TE Darren Waller, WR Hunter Renfroe, and RB Josh Jacobs

With a new HC headed to Minnesota, Captain Kirk may have played his last game in a Vikings uniform.  Even though he can be a frustrating QB, he is still a productive option for a team looking to make the playoffs.

Jimmy G won’t have the same type of buzz as Rodgers, Wilson, or Watson, but he will still garner plenty of interest.  It is widely expected for him to be on his way out of San Francisco, with Trey Lance likely to get his opportunity.

Jameis Winston is my lone free agent on this list, but team interest for him should be similar to Garoppolo’s.  Winston was playing pretty well for the Saints before his injury, so he should have plenty of options as well.

The Steelers may want to look Cousins’, Winston’s, or Jimmy G’s way if they aren’t able to land Rodgers, Wilson, or Watson.  They may not be long term solutions, but any of the three could be a bridge option while they try to find their future franchise QB.

The Panthers are a solid QB away from being able to compete in the NFC South.  DJ Moore and Robby Anderson are a good WR duo and Christian McCaffrey is the best RB in the NFL when healthy.  All of Cousins, Garoppolo, and Winston would be an upgrade for the Panthers.

All three guys would be good options for both Tampa Bay and New Orleans, who are both potential playoff teams in the NFC South if they had solid QB play.  I listed the Buccaneers potential issues above, but New Orleans has a totally different issue.  With Sean Payton stepping away, the Saints are now looking for a new HC and maybe even a new identity.  New Orleans also needs Michael Thomas to come back healthy to be the WR1 these QBs would need.