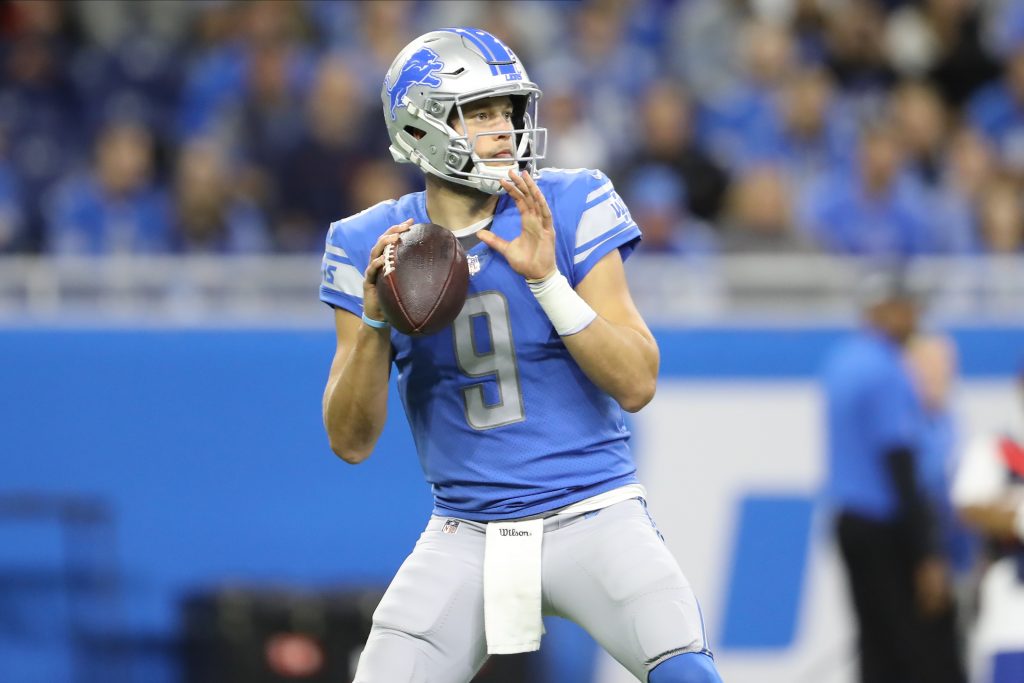 Matthew Stafford: Before Stafford had to be sidelined for the last eight games in 2019 due to a back injury, he was on fire. He threw for almost 2,500 yards, 19 TDs and only five interceptions. He was on pace to have a career-year, similar to 2011 when he threw for over 5,000 yards and 41 TDs. He is currently being taken outside the top-12 and should finish as a QB1 if healthy, easily making him a fantastic value pick, especially in Superflex leagues. 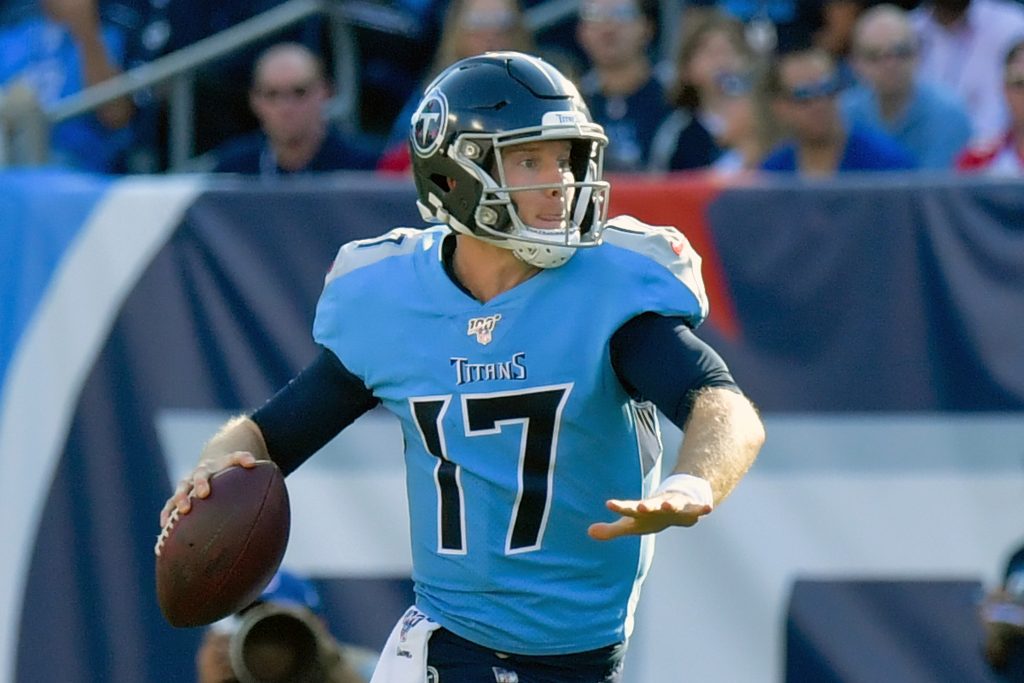 Ryan Tannehill: All Tannehill did last year after taking over in Week 7 was rack up fantasy points. In fact, from Week 7 on, the only QB to outscore Tannehill was Lamar Jackson. So why is he being drafted so low this year? Sure, he probably won’t repeat the same performance as last year, but he should put together another fantastic season with his rushing ability and weapons around him. With an ADP of 130 (#20 QB), he should drastically outperform his current price. At only 31 years old, he could be a nice bargain in dynasty leagues. 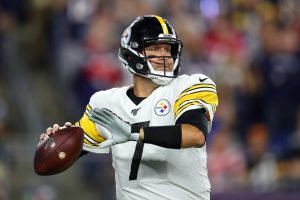 Ben Roethlisberger: Big Ben should be considered a back-end QB1 if he's healthy and firing on all cylinders. He is fully expected to be 100% and ready to roll for Week 1 and he's my favorite for Comeback Player of the Year. JuJu Smith-Schuster should also experience a nice rebound season after a 2019 to forget without Roethlisberger slinging him the rock. Roethlisberger, with all his weapons around him, should be a fantastic pickup late in your draft that can payoff big time. 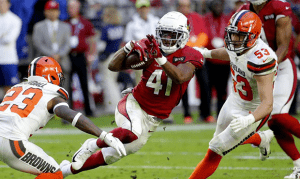 Kenyan Drake: Drake is in a high-octane offense that’s trending upwards and should put up insane numbers this season. Greg Rosenthal of NFL.com states that Drake could get over 350 touches. Wow! There are a lot of great options in the top 10 RBs right now, but you can wait. Drake has legit potential to explode this season and a top-6 finish is not out of the realm of possibility. 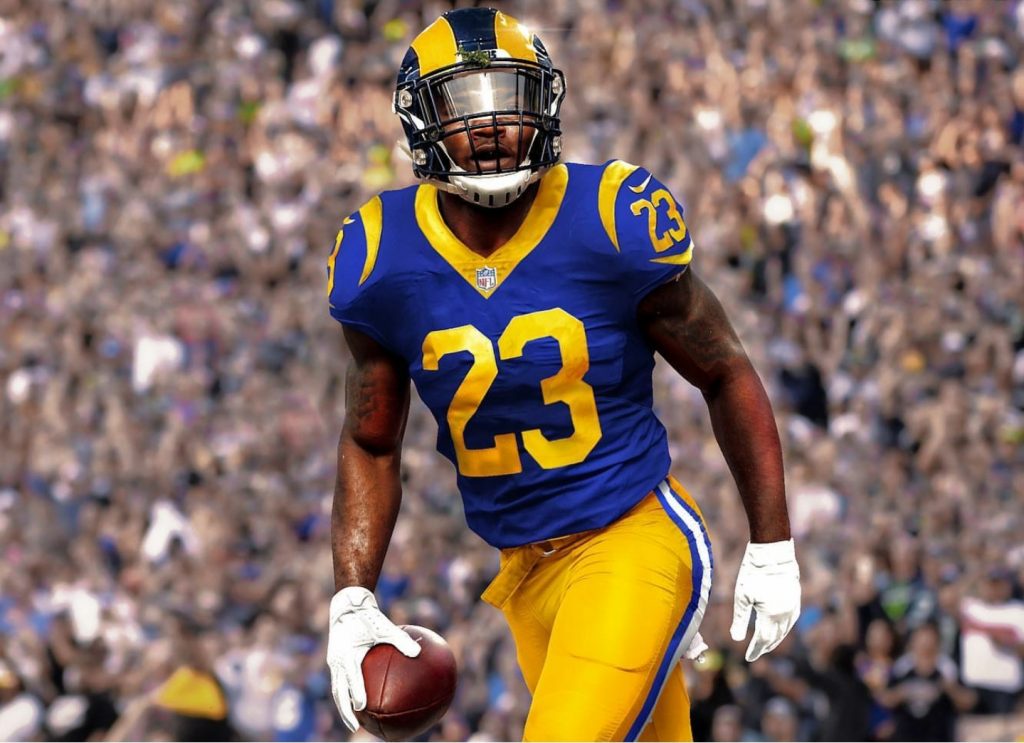 Cam Akers: There is rumor that the Rams backfield could be a RBBC, but LA wouldn’t have spent a 2nd round pick on Akers if they believed in Darrell Henderson or Malcom Brown. We all know what a running back is capable of in this offense after watching Todd Gurley for the last few seasons. Even though the Rams have lost some guys on the O-Line, Akers is primed to be the early down back to start the season and could take over full time very quickly. It will be hard to keep him off the field, making him a double digit touchdown threat. He can definitely finish as a top-12 back. 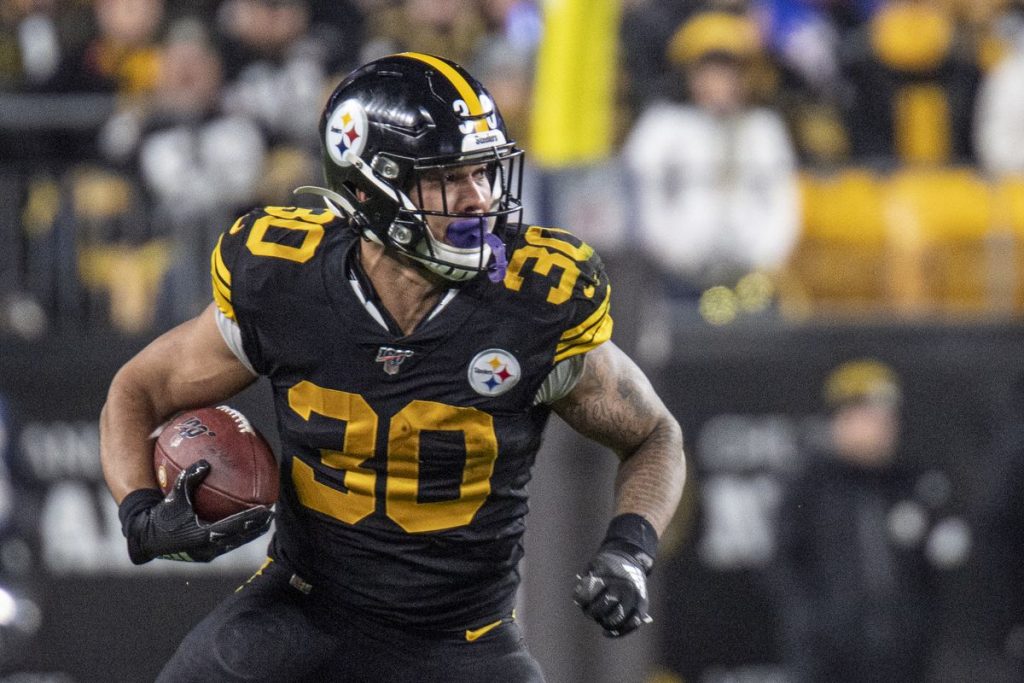 James Conner:  There is no doubt that Conner is a fantasy stud...when he’s on the field. That’s the question. Can he stay healthy? Regardless, the Steelers have one of the best offensive lines in the league, and Conner has proven that he can shine behind them. He is a contract year player and extremely motivated to stay in Pittsburgh. If Conner can stay healthy, he will drastically outperform where he's being drafted right now. Take full advantage, as the risk is worth the reward. 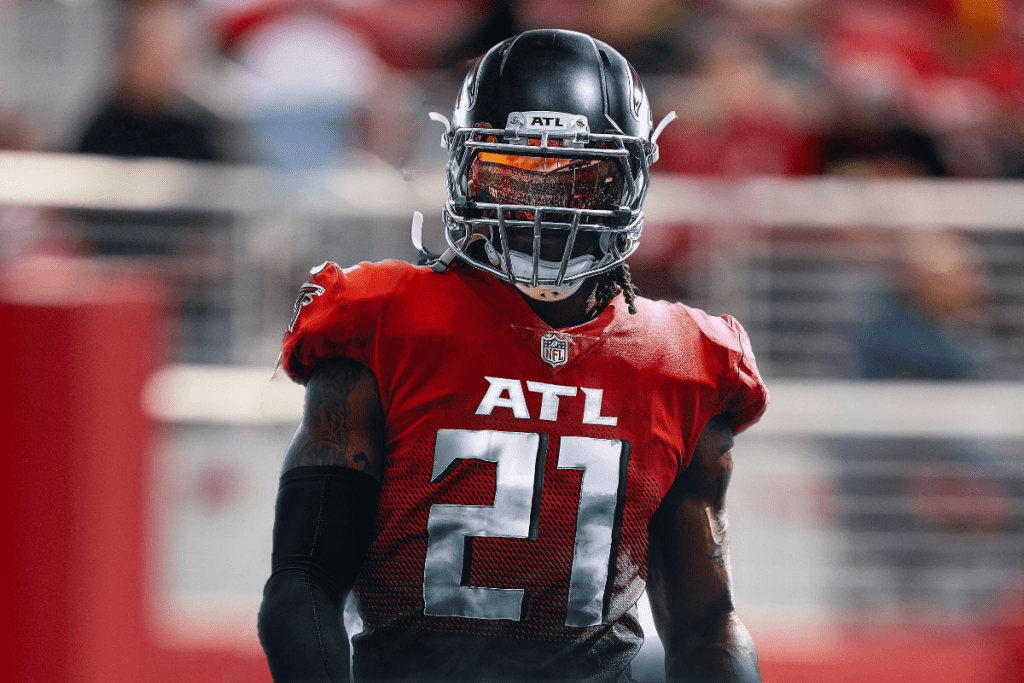 Todd Gurley: Just like in 2017, Todd Gurley can be a league winner again. Gurley is going to be given all the touches he can handle in this Falcons offense, if he can stay healthy. If he shows that he can handle a significant workload, he'll easily outperform his ADP in 2020. Atlanta has the 3rd easiest schedule this season, which makes Gurley hands down one of my favorite values. 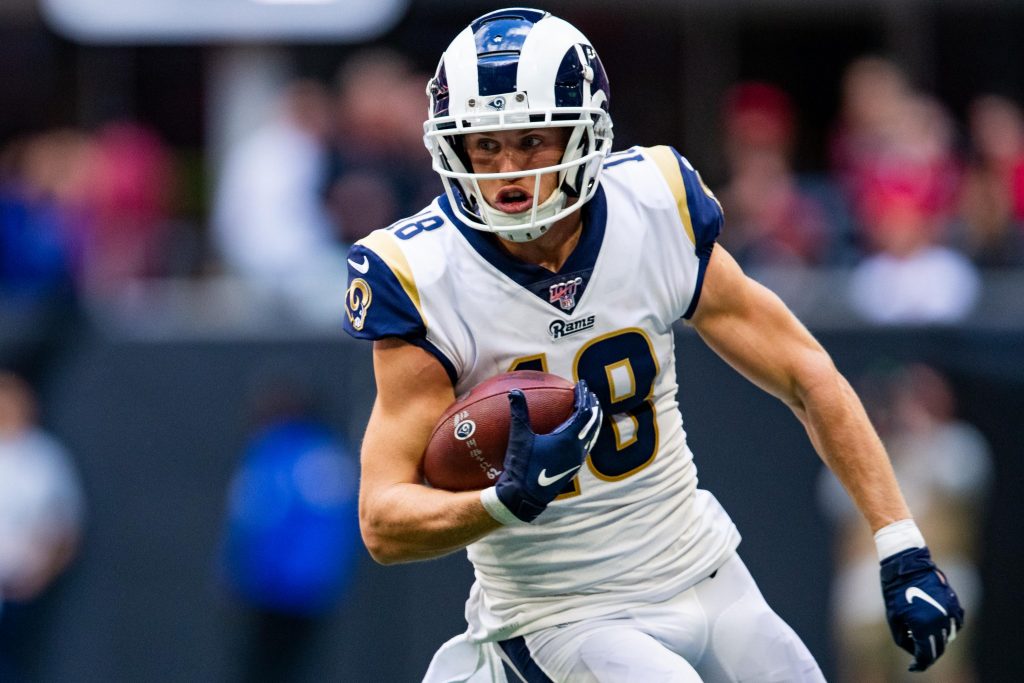 Cooper Kupp: Cooper Kupp may end up being one of the biggest steals in your draft this year. He was incredibly productive through the first half of 2019. In fact, from Weeks 1-8, Kupp was the WR2 in all of fantasy football. He finished as the #6 WR in PPR with 94 rec, 1,162 yds, 10 TDs on 134 targets. With Brandin Cooks gone, Kupp could see over 150+ targets this year. As Jared Goff’s security blanket, especially in the Red Zone, it’s very possible that Kupp could finish as a top 3 WR in PPR Leagues this year. With a current ADP of WR15 (35th overall), Kupp is a steal at this price. 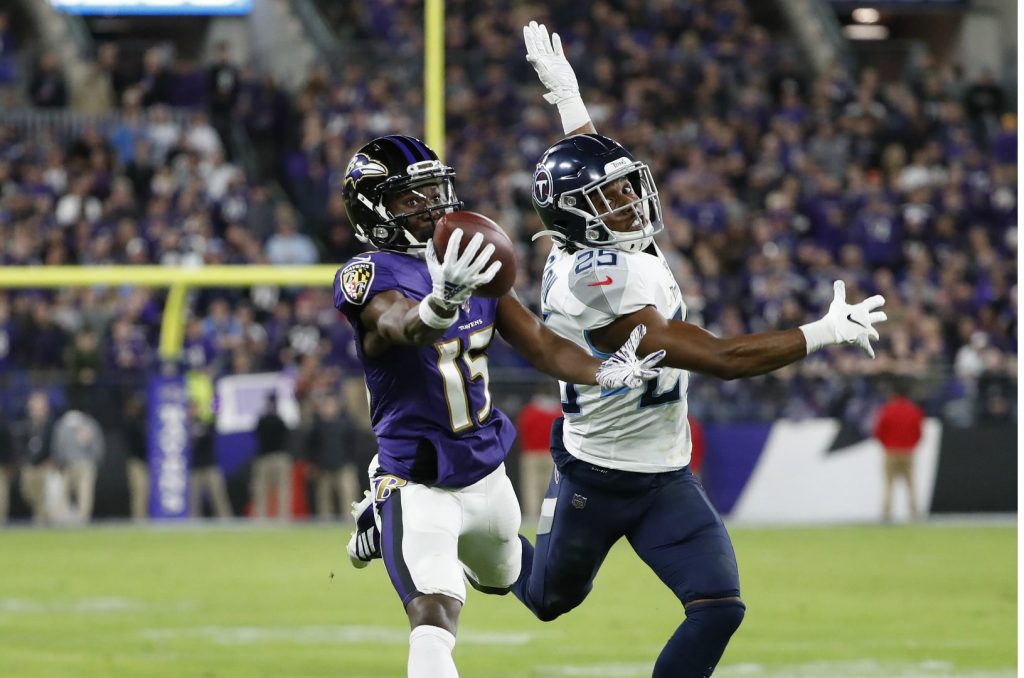 Marquise “Hollywood” Brown: I know there’s a ton of hype around Hollywood this year, but it’s for good reason. He is the current #1 Wide Receiver in Baltimore’s offense. He showed what he was capable as a rookie with a bad foot hauling in 584 yds with 7 touchdowns on 46 receptions. Now imagine what he will do with a year’s experience under his belt, a healed and healthy foot, and a whole offseason working out with Lamar Jackson. He is primed to blow up this season. I have him projected to have 74 rec, 1,089 yds, and 9 TDs. That’s 239 PPR points, which would have been top 7 last season. Currently being drafted as a WR3/FLEX, he could be a league winner this year. 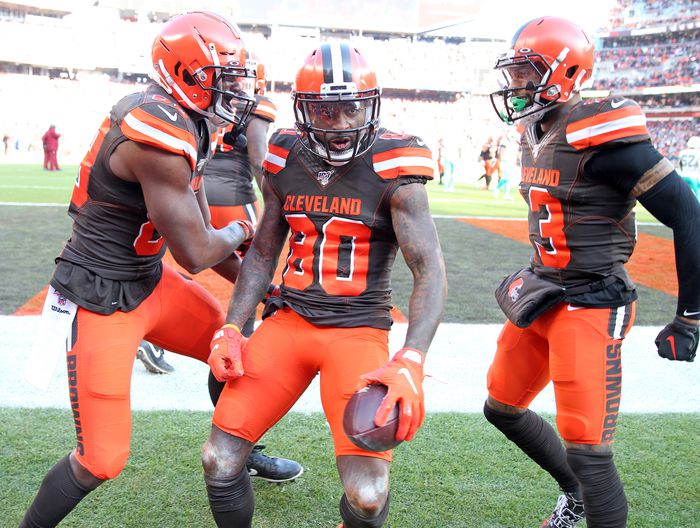 Jarvis Landry: “Old Reliable” is what I refer to Landry as. Wait.. old? Nope. He’s only 27 years old. The same age as Michael Thomas and younger than DeAndre Hopkins, meaning Jarvis Landry has plenty of good years ahead of him. He may be coming off an injury, but he has never missed a game in his NFL career...Never. He averages 94 catches a year, so why is he being drafted outside the top 30 WRs? I have no idea, but I absolutely love it. He is a wonderful target in the mid-rounds, which gives you an opportunity to stock up on RB or QB (if you’re in a Superflex league). He is as close to a sure thing to have 80+ receptions this year as you can get. Like Hollywood Brown, Landry is currently being drafted as a WR3/FLEX. He is a high end WR2 with WR1 upside in a Browns offense that should be improved. 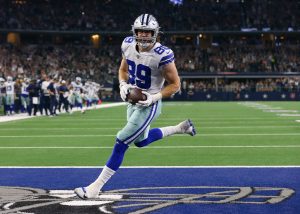 Blake Jarwin: Jarwin is finally free! Free from playing behind Jason Witten. He's in a great situation this season in a very dynamic and powerful offense. He’s very athletic and can stretch the field extremely well for a TE, which will result in some good chunk plays. He's going to see plenty of work and should be a back-end TE1 this season. Currently being drafted outside the top 20 TEs, Jarwin can pay off big time as a late round pick. 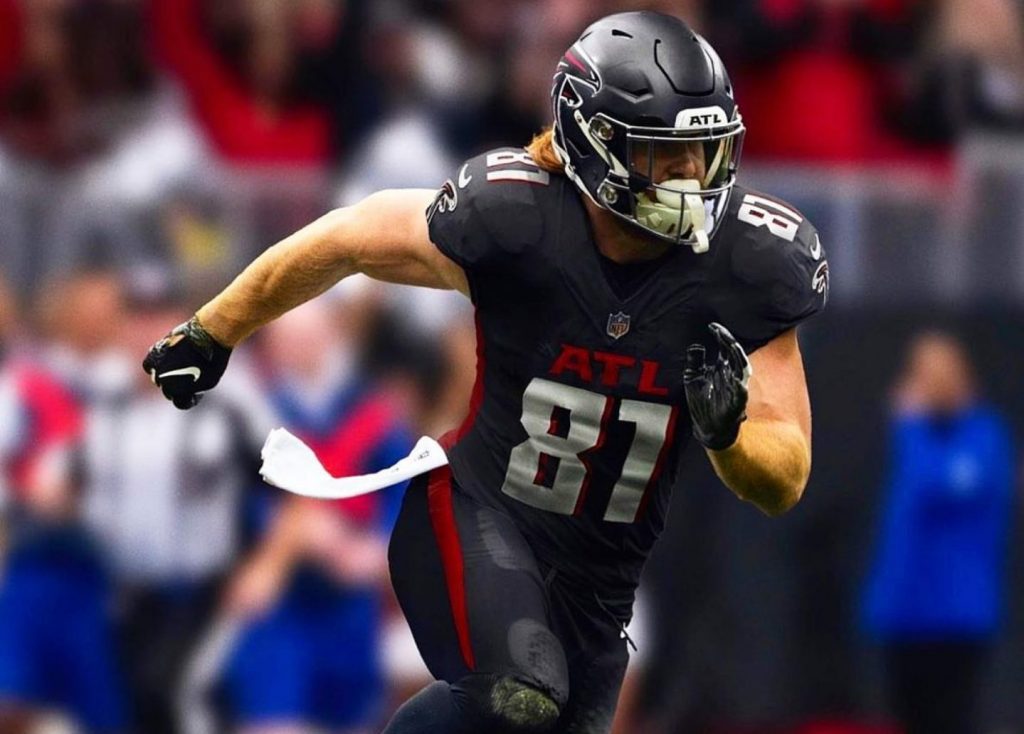 Hayden Hurst: Hurst is no sleeper by any means, and he is getting more hype as the season gets closer. This is a player with an ADP of the #21 TE a month ago. He has now creeped up into the Top 15. That’s still not bad, because he can still be the biggest surprise at TE this year. Hurst has a very good chance and path to finishing as a Top 5 option at the end of this season. Hurst is a tremendously talented tight end who is finally going to be given a full-time opportunity in Atlanta's dynamic offense. He will be a homerun pick in the later rounds of your draft. If you are in a dynasty league, go trade for him. You may have to pay more than you’d want, but it could still be a great bargain.