While this free agency offseason has not had as big of a splash as some thought, it has been a whirlwind of emotion. Some superstars decided to stay with their home teams such as Dak Prescott, Aaron Jones, and Juju Smith-Schuster. While boring for Fantasy football, these moves were ultimately for the best. Dak staying in Dallas puts him right back in the top 5 QB conversation, Jones has been a top 5 back the last 2 years in GB, and Juju is hoping to rekindle that fire in Pittsburgh. Others have taken their talents elsewhere and have shifted some perspectives on players’ fantasy outlook in 2021. In Lobo’s 2nd Off-Season Rollercoaster, we will take a look at some player’s values who have taken a turn for the best and others whose value has taken a fall on the rollercoaster. 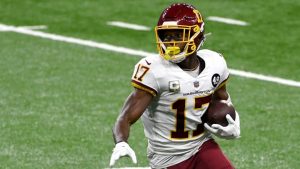 Fitzmagic is back baby! One of the last times we saw him on the field, he was slinging the ball downfield 34 yards to Mack Collins with one of the biggest facemask penalties I’ve ever seen. We all know what Fitzpatrick can do and he’s bringing some great stats to Washington. Who will soak in the glory? F1 McLaurin. In his first 2 seasons in Washington he managed to bring in 145 receptions/ 2,037 yards/ and 14 TDs. Mind you, this has been with FIVE different QBs. Fitz averaged 31 attempts in his 8 starts in 2020, and I don't see that slowing down in Washington. Add in the versatile weapon that Washington acquired in Curtis Samuel to take some pressure away from McLaurin, and he’s in line for a big 2021. Go get F1. 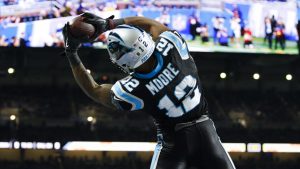 66 receptions/ 1,193 receiving yards/ 4 TDs… Not bad right? Moore ended 2020 as the WR23 in PPR formats; this tends to get overlooked due to the Panthers mediocre season and his inability to get into the endzone more frequently. Some are skeptical of what the addition of Darnold will do to his value, however, I’m choosing optimism. Hear me out. With Curtis Samuel’s departure, that frees up 97 targets in Carolina. Sure Anderson will get his fair share, but don't be mistaken who the WR1 in Carolina is. When protected, Darnold was able to showcase strengths in 2 categories in 2020 that will benefit Moore; clean pocket completion percentage (77% - 6th best in the NFL)  and AVG yards per attempt (6.1). Moore’s 2.27 YPRR (Yards per route run) was 12th best in the NFL last season, which will compliment Darnold’s strengths. I’m big on DJ Moore this year and you should be too. 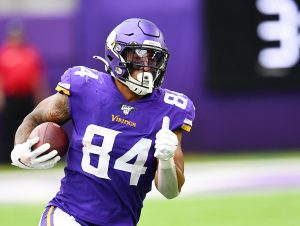 IRV SMITH SZN! Smith’s upside has been limited due to Rudolph. His departure only means one thing - The time is here! We got a small taste of what life could be like with Rudolph out of the lineup the last 4 games of 2020 where Smith averaged nearly 4 receptions on 5 targets, 46 yards, and nearly 1 TD a game. Stretch that over the course of a season, that’s 60 catches, 732 yards and 12 touchdowns, which would’ve landed him third among tight ends in fantasy points. If you haven't jumped on the Irv Smith train, do it now before it's too late. 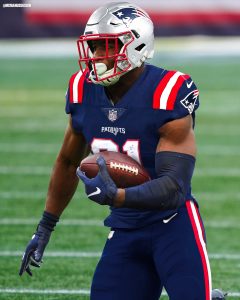 Talk about a rollercoaster. This one hurts. Jonnu was the first TE signed in NE and created some major excitement in the fantasy world. In 2020, Jonnu ranked 5th in end zone targets (18) and 3rd in TDs (9). On a run-first scheme in TN, alongside AJ Brown, this was a small glimpse of what he’s capable of; at 6’3, 250lbs he’s a big endzone target. Fast forward to the following day...You know who else is a big endzone target? His new partner, Hunter Henry. Not to mention, New England QBs threw for a total of 12 TDs ALL of 2020… I don't see Bill changing that offensive approach in 2021, given they signed Cam for another year. Barring any injuries, Jonnu’s ceiling is capped off in a major way. Smith falls out of my top 10 TE’s in 2021. 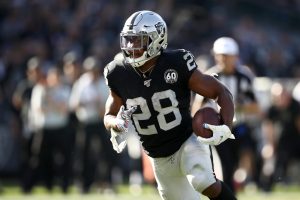 Gruden gave Jacobs the reigns in 2020. Productivity was the name of the game in which Jacobs carried the call 273 times (3rd most), 45 air targets, and my favorite stat, 65 red zone touches (2nd most)! Given that volume, Jacobs was barely able to crack the top 10 RBs in 2020. He averaged an unimpressive 3.9 YPC, with only 2 games over 100 yards. What was probably most concerning were his off the field issues. Jacobs tweeted that he was going to sit out a game late in the season and we started to see some character issues arise. Fast forward to January, and his DUI incident occurs. Lastly, that Raiders offensive line won't be as good as we’ve seen in the past. They lost 3 key offensive linemen in the offseason (Rodney Hudson, Gabe Jackson, and Trent Brown) that will make another negative impact for the running game in Las Vegas. Now, factor in the addition of Kenyan Drake in that backfield, and I’m selling Josh Jacobs everywhere I own him. 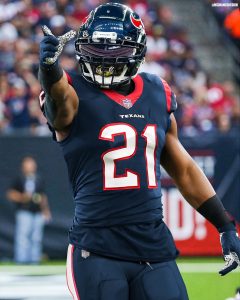 I couldn't just pick one. They all lose. Respectively, David Johnson, Mark Ingram, and Phillip Lindsay could all be solid RB2/RB3s given the situation; but not in this situation. First year Head Coach David Culley could have some sort of trick up his sleeve, but unclear how any of these guys benefit from it. In 2020, the Texans rushed the ball a total of 344 times, and we could potentially see that number rise if Watson’s off the field issues keep him off the field in 2021. Perhaps the Texans take a page out of the Patriots book and rush the ball for 502 times and utilize their 3 headed backfield, but I’m steering far, FAR away from any of these RBs.