One Sunday without any football and we’re all craving some football talk, right? At the end of every season we get a glimpse of what could be for the next year and it gets you hyped to go out and make some sneaky trades in your dynasty league. Let’s talk about some of the end of year risers whom you may want to pay attention to, and some that are falling as I type this article. 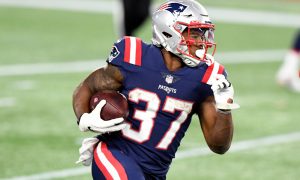 I know, the stigma behind a New England running back isn't one that excites anyone since LeGarrete Blount’s 18 TD season in 2016, but hear me out. Damien averaged 5.0 yards per attempt on 137 carries in 2020; this was a small sample size of what could be. He had to split carries with the merry-go-round backfield of Sony Michel, Rex Burkhead, and James White, which will change in 2021. The Patriots will likely not re-sign White or Burkhead, who consisted of 102 carries alone. Not to mention the 137 carries Cam swooped from that backfield. It's worth noting that with White’s departure comes some backfield reception opportunities as well, 49 to exact. Harris can do it all!  If Belichick drafts a quarterback who might threaten defenses for a ten yard pass, we could see a 200 attempt/1000 yard season from Harris. 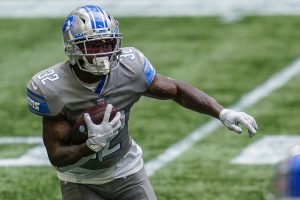 Swift was the sure RB1 in most experts' Mock NFL Drafts in 2020. It was a bit of a shock to see Andy Reid and the Chiefs take CEH with the last pick and that left Swift for the Lions on day two. With no true training camp and preseason for these rookies, Swift started the year buried on the depth chart behind Adrian Peterson and Kerryon Johnson. By week 10, Swift was named the starter and was able to capitalize on the opportunity. Despite not being the starter and having suffered some injuries in the year, he managed to put up 114/581/ 8 TDs on the ground, and added 46/357/ 2 TDs in the air. There are some uncertainties on the coaching side with a brand new staff, however offensive coordinator Anthony Lynn has proven to utilize his RBs effectively (think Austin Eckler and Melvin Gordon). Lots of questions loom in Detroit, but there is one certainty… Go get D’Andre Swift. 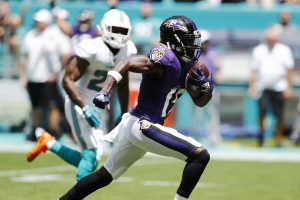 I’m glad someone told Marquise that the season began on week 12; better late than never! From weeks 1-11, Brown had only three double digit games, 2 touchdowns, and averaged a whopping 7.9 point per game. From weeks 12-17, he was able to triple his touchdown production to 6 touchdowns, average 7 targets a game, and averaged close to 16 points a game. Brown, along with the rest of the Ravens offense, seemed to start clicking and he had a major contribution to that. Depending on what the Ravens do on draft day, one could assume that John Harbaugh will draft a WR to create that 1-2 punch for Lamar along with Andrews. We saw what Stefon Diggs did to the development of Josh Allen, and I believe the Ravens will arm Lamar the same way.  Heading into year 3, Brown could continue that hot second half of the season. 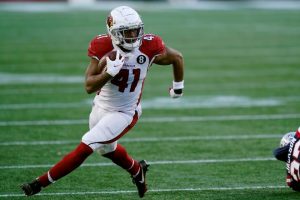 Remember in 2019 when Drake came out swinging and winning championships for everyone? The Drake we saw in 2020 was far away from that. He averaged 4.0 YPC, on 239 carries and failed to hit the 1,000 yard mark. He also saw a regression in receptions and receiving yards, which were conceded to the more explosive Chase Edmonds. From weeks 11-17, Drake managed to rush for over 50 yards only twice and was pretty much non-existent in the passing game. With Kliff rumored to be on the hot seat, the Cardinals would need a lot more from their starting runningback. It's unknown whether Drake stays in Arizona, so his value continues to fall. 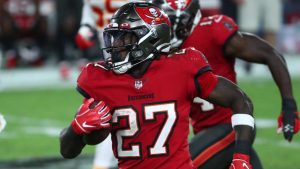 Ronald Jones overall had a very productive season totaling 1,143 yards and 8 touchdowns, which was a major improvement from his 2019 campaign. So why am I listing him as a falling star? A few concerns...first and foremost Leonard Fournette. Whether it was his health or Bruce Arians playing games with fantasy owners in the playoffs, Jones took a huge hit in production when the playoffs started while Fournette shined. We know Bruce loves to play the hot hand, so does this carry to next year? Secondly, Ke’Shawn Vaughn. The third round pick has a year under his belt, and is a receiving capable back. We know how much Brady loves his receiving backs…Think Superbowl MVP snub James White. Could Jones sit in the backseat to Fournette and Vaughn? Time will tell. 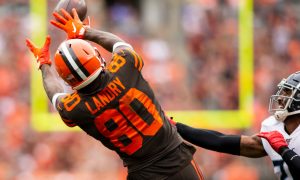 Don’t get me wrong, I love Landry; he brings the energy and culture that the Cleveland Browns lacked for so long. However, he saw quite a dip in production in 2020. His receptions (72) were his worst numbers in his career, along with his second lowest yardage (870). With OBJ coming back from his injury, and the fact that the Browns have a two-headed monster in their backfield, I don't see these numbers getting any better. The run first offense worked amazing for Stefanski and the Browns, and I expect to see continued success for them in 2021. While OBJ has not performed up to expectations, I anticipate a rebound season from him, making him the WR to own in Cleveland. Not Landry.