J.K. Dobbins: The Rookie RB To Trade For 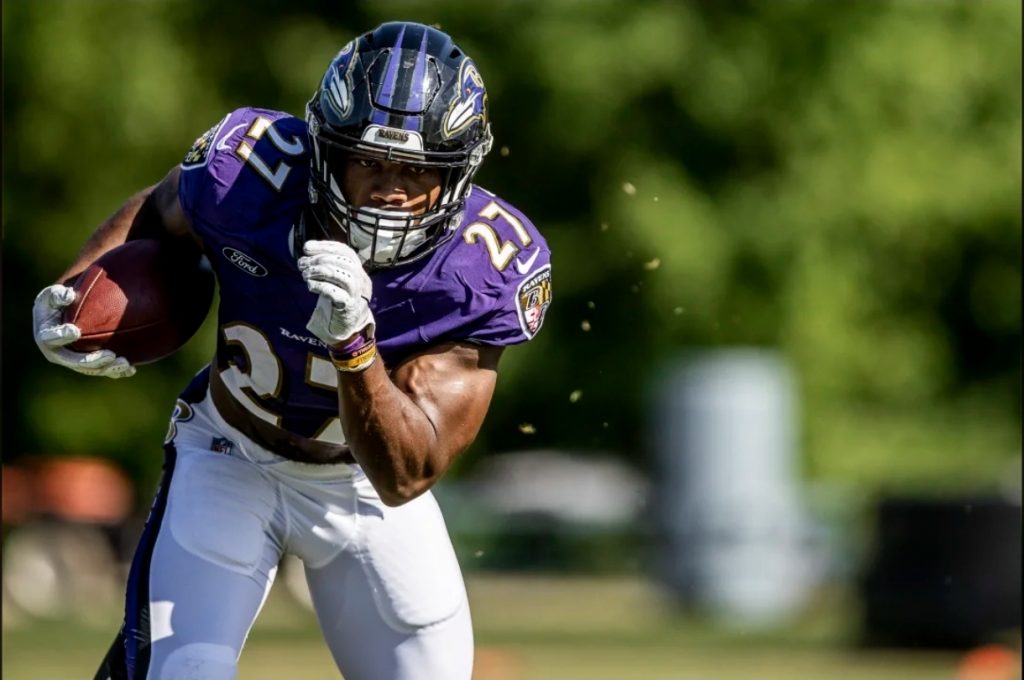 Once Clyde Edwards-Helaire went to the defending champion Kansas City Chiefs and their juggernaut offense, he was almost unanimously the 1.01 of rookie drafts. Once Damien Williams opted out of the 2020 season, CEH started going in the first round of drafts where both rookies and vets were available.

His stock price? All the way to Jupiter.

Jonathan Taylor...close to the unanimous 1.02 in rookie drafts...went to a team with arguably the best offensive line in the NFL, the Indianapolis Colts.  Most assume he’ll usurp Marlon Mack, who is in the final year of his deal in Indy, sooner rather than later.

His stock price? All the way to Mars.

Then comes J.K. Dobbins. Dobbins landed with the prolific Baltimore Ravens rushing attack, established as the 1.03 in rookie drafts.

His stock price? Only the moon.

J.K. Dobbins will only cost you the moon, and he’s worth it.

I took a look back at the Ravens 2019 season and was pleasantly surprised to find that J.K. Dobbins should have ample room for opportunity out of the gate in Baltimore.  Probably even more than you might think. The Ravens ran the ball at a league high 596 times for 3,296 yards (also a league high...by nearly 1,000 yards). Lamar Jackson led the team with 1,206 yards. Mark Ingram was second on the team with 1,013 yards. The remaining 1,077 yards were split between Gus Edwards, Justice Hill, and other auxiliary players. 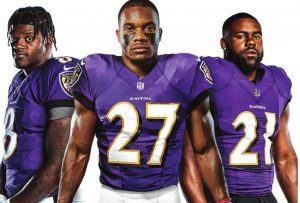 While Gus Edwards was efficient in his carries, Dobbins has the draft capital investment of the Ravens and is quite frankly a different tier of player and athlete. Automatically, Dobbins will eat into Edwards 133 attempts. Justice Hill had 58 attempts last season. Dobbins will assume a large majority of that share as well. The Ravens have noted Lamar will likely run less and they’ll want to keep Ingram fresh down the stretch as he’s almost 31. Dobbins can assume at least some of the workload from all of the Ravens top options.

He’s shown he can handle a workhorse-type share. In Dobbins’ final season at Ohio State, he toted the rock 301 times. He also added 23 receptions on 31 targets. While those numbers sound Derrick Henry-esque, Dobbins is actually a more than serviceable pass catcher and already the most explosive one out of the backfield for the Ravens.

Opportunity is great. College production is great. But does he fit the Ravens offense?

Like. A. Glove. I went back to watch Dobbins to see if I could really find anything to pick apart, and it was like trying to pick a needle out of a haystack, so I saved myself from that. Dobbins has exceptional vision and patience and tends to take one cut before it’s off to the races. Rarely did Dobbins break a big run and get tackled from behind. If he gets in space, he is a problem. Know what the Ravens offense is really good at? Creating space. At 29 years old, Mark Ingram had 10 carries over 15 yards last season - 12th most in the league. Lamar Jackson had 11 carries over 20 yards, tied with Nick Chubb for most in the NFL. Yes, Lamar is a different type of player and the most prolific running QB we’ve seen since Michael Vick, but it still requires the offense to create space.

While CEH and Taylor will likely have clearer paths to immediate majority share workload, their overall asking price in any format is going to be more than Dobbins (unless you’re trying to steal him away from our founder Bob Miller perhaps). Yes, Dobbins is going to cost you the moon, but understand at the end of 2020 when everyone has witnessed his talent on a NFL field, you’ll wish that was all you had to give up for J.K. Dobbins to be on your roster.