It’s In The Cards

The Atlanta Falcons, Detroit Lions, L.A. Rams, and Tampa Bay Buccaneers all had a  common thread when it came to fantasy WR production last season. Do you know what it was?  They all sustained two top 24 fantasy wide receivers. Five teams accomplished this in 2018 as well. So what leads to the ability for these teams to produce multiple top-end fantasy wide receivers, and what new team has the chance to provide this fantasy value this season? Let's take a look...

Of the four teams above, three of them were in the top-5 of pass attempts in the NFL last season. The lone team not in there was Detroit who finished with the 16th most pass attempts per game (35.7); 4 attempts less per game than Tampa Bay (39.4). Matthew Stafford only started eight games for the Lions before falling victim to a back injury. Through eight games, Stafford averaged about 36.4 pass attempts per game. While Stafford wasn’t throwing at a considerably higher pace, it’s likely the Lions would have thrown more in general if not for having to turn to David Blough and Jeff Driskel.

The breakdown of targets for the players inside the top-24 WRs on these teams is as follows:

The team most unlikely to repeat in this group based on targets is Detroit. While both players are seeing a great target %, the low receptions mean they’ll need to make up for reception totals in half and full PPR settings in an effort to repeat. Additionally, Davante Adams, Odell Beckham Jr, and Tyreek Hill all finished outside of the top-24 last season, largely due to injury. There’s a strong chance those WRs find their way back inside the top-24, provided they have healthy seasons. Second year WRs D.K. Metcalf, Marquise Brown, and Terry McLaurin are all also threats to bolster their way into the conversation.

The more points a defense allows, the more an offense has to go back onto the field. Pretty simple. So for fantasy purposes, give us some bad defenses, some negative game scripts, and let those passes fly. All four teams mentioned above were in the bottom half of the league in points given up. While Tampa’s defense could improve as it’s unlikely Tom Brady throws for 30 interceptions...a la Jameis Winston, the efficiency should skyrocket and there will be enough NFC South shootouts to keep both Evans and Godwin well fed.

What team can find their way into this list for 2020? 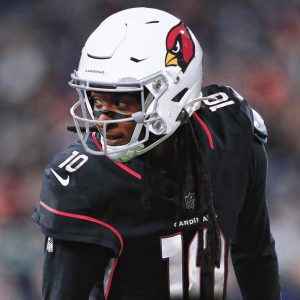 The Arizona Cardinals acquired Pro Bowl WR DeAndre Hopkins this offseason. Hopkins has seen 150 targets in each of the last five seasons. Yes, this is a different offense, however Arizona let up the 28th most points in the league, and they’ll need to throw to get back into games. While the Cardinals only threw the 18th most pass attempts in the league last season, 2nd year QB Kyler Murray should take a step forward in terms of taking less sacks, being more efficient, and seeing offensive drives continue, thus pass attempts will go up. 3rd year WR Christian Kirk fits the bill to join Hopkins as a top-24 WR. Kirk saw 108 targets for a 24.5% target share last season. With the addition of Hopkins, he’ll no longer need to operate as the team's WR1. While he may lose part of that target share % with Hopkins being a target hog, there will be plenty of volume and more quality targets for Kirk as Hopkins will likely draw top coverage. Kirk had 11 redzone receptions last season, 9th most in the NFL. He’s already a trusted target for Murray in the most important part of the field and is a great candidate to see a positive bump in touchdowns. Kirk is a steal right now in drafts going as WR38 and pick 95 overall in PPR leagues. Look for the Cardinals duo to join the ranks of the best fantasy WR tandems in the league.