Week 3 is behind us. We are starting to see how these NFL defenses are panning out. We see now who’s playing and who’s not, which players are playing in certain situations, and who is making a name for themselves on defense. I’m here to tell you which IDP players to target for week 4 moving forward. 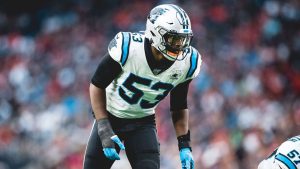 Burns had three tackles (two solo), a sack, a tackle for loss, and a pass defended in Thursday’s 24-9 win over Houston. Burns has a sack streak of three games now. He has also added nine tackles and two passes defended. He's improving at knocking the ball down when he can’t get to the quarterback as well. He's a young, well rounded defensive end that is only going to get better. Scoop him up in dynasty.

2. Sam Hubbard, DE, Cincinnati Bengals (26.00) - Hubbard had a productive day against the Pittsburgh Steelers with 4 tackles and a sack. He’s had two straight games with at least 12 fantasy points. He’s getting on track now and should contribute to your fantasy team this season, especially at the premium position of defensive end.

3. Jonathan Allen, DT, Washington Football Team (34.00) - Jonathan Allen looks like he’s becoming the monster we all thought he could be. He is generating a lot of pressure up the middle as part of that fierce Washington defensive line. He has three sacks already as he leads all defensive tackles with 34 fantasy points. Go get him now before it's too late. 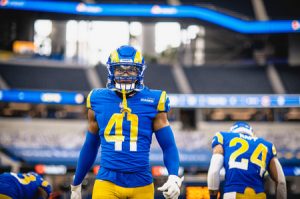 Kenny Young is starting to come into his own. He had a fantastic game against the Tampa Bay Buccaneers posting eight tackles, two assists, and a sack. That was good for 24.00 fantasy points. He has been playing well, and should continue to post solid fantasy numbers due to tackling opportunities.

2. Logan Wilson, LB, Cincinnati Bengals (36.00) - Wilson totaled fourteen tackles and two interceptions Sunday against the Steelers. Wilson has taken advantage of his expanded role racking up 30 tackles, three interceptions, and one pass defended through these first three games. He should be a consistent IDP play week to week.

3. Matt Judon, Edge, New England Patriots (33.50) - I’m scared to go down this road again, but I just can’t quit Matt Judon. He posted three tackles and 2.5 sacks Sunday against the New Orleans Saints. Judon should continue to get better as he gets more comfortable in that New England defense. He has 3.5 sacks through the first three games. Not a bad idea to pick him up. He may go unclaimed. If so, grab him for free. Low cost high reward player.

5. Odafe “Jayson” Oweh, Edge, Baltimore Ravens (23.00) - Right now Oweh is more of a stash. He’s had 2 great games so far as a rookie. Oweh is already proving that he is a playmaker coming off the edge posting nine tackles, one sack, a forced fumble, and a fumble recovery. I’d recommend picking him up now and stashing him for a couple more games to see what you may have in him. 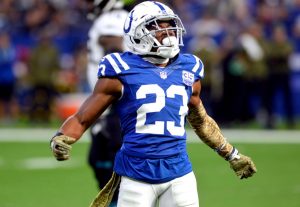 Did you know that Kenny Moore leads all defensive backs in fantasy with 33.50 points? I know, right? He had a good game against the Tennessee Titans posting seven total tackles and two passes defended. He now has 18 tackles, one sack, one interception, and two passes defended on the season. He is widely available on the waiver wire. Do yourself a favor and change that by picking him up.

2. Micah Hyde, S, Buffalo Bills (32.50) - Hyde had a good game against Washington putting up five total tackles, one interception, and two passes defended. That is a total of 13.50 fantasy points according to our scoring system. Last week he had 12.50 points. Those are solid fantasy numbers you hope to get from your defensive backs weekly. He should be available. Put in a claim.

3. Marcus Maye, S, New York Jets (30.50) - Maye totaled nine tackles (seven solo) against Denver on Sunday. He was very productive last season racking up 88 tackles. This year he looks on pace to blow that away with 23 tackles already through the first three games. The Jets are awful on offense which means a lot of opportunities for Maye on defense. If he is available, you should absolutely be targeting him on the waiver wire.

4. Brandon Jones, S, Miami Dolphins (29.50) - Jones is a player you should be keeping an eye on. He had a great game against the Raiders posting six total tackles and two sacks. I’d only consider grabbing him right now if you’re in a deep league.

5. Andrew Wingard, S, Jacksonville Jaguars (28.50) - Here’s another player to keep an eye on. Wingard had a great game against Arizona with seven total tackles, an interception, and a pass defended. I’m not saying he’s a player you should grab right now, but he did put up 13.50 fantasy points in week 2 and 10.50 in week 3. Pay attention to this guy just in case.