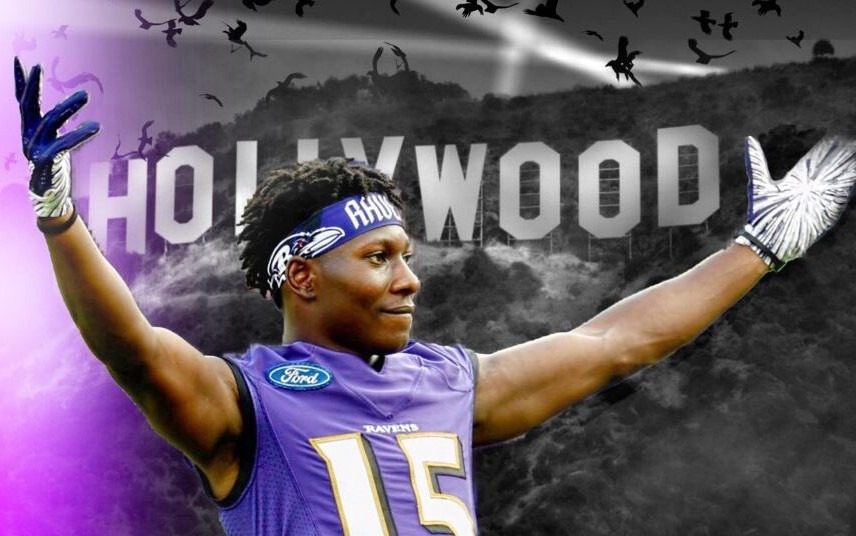 Is there a nickname in the NFL that is more closely related to being a star than Hollywood? Hollywood, Florida native Marquise Brown received his nickname of “Hollywood” while playing at Oklahoma.  After not receiving any D1 offers out of high school, Brown starred at College of the Canyons before transferring to play for the Sooners.

Baltimore drafted Hollywood with the 25th overall pick in the 2019 NFL Draft and he did not disappoint in his rookie season.  In his first game against Miami, Brown exploded for 147 yards and 2 TDs...while only playing 14 total snaps.  In just 14 games played last season, Hollywood had 46 receptions and 7 touchdowns. What is truly impressive about those numbers is that he only had 4 games where he played more than 70 percent of the snaps.

There were at least 3 games last season that the Ravens were able to pull their starters in the 4th quarter.  What are the chances that it will occur again in 2020?

I highly doubt it does.

Additionally, I expect they will look to pass a bit more this season. With that being said, over 100 targets is realistic for Hollywood Brown. With his electric playmaking ability, that should provide massive upside for fantasy owners.

Did I mention he was averaging 8 targets per game before his injury?  That average dropped to around 5 targets per game by season’s end, but I think a top 15 finish at the position is likely with a healthy 16 games played.

Reigning NFL MVP Lamar Jackson will look to target TE Mark Andrews and Hollywood plenty.  The Ravens will be attempting to avenge a disappointing playoff exit, and getting the ball into the hands of their big playmakers will be a way to do that.

Oh yeah, he’s currently being drafted outside the 5th round of drafts as the WR31.  In a startup dynasty league, he is being stolen with that ADP.  He is a BIG TIME dynasty asset and should be targeted way earlier than what he is going.