Through the first six weeks of the season we did not have a ton of major changes in value to many players. This past week was much different. Three different QBs lost their starting job, we lost a tier 1 RB for the season, had two RBs get traded, two big WRs get injured in the same game and a fantasy relevant TE injured as well. There is a ton to unpack here so let’s dig in! 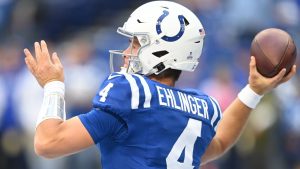 The former All-Big 12 quarterback has now been thrust into a starting role with the benching of Matt Ryan. The last drops of Matt Ryan’s are essentially transferred to Sam Ehlinger. He is not a high priority and really this only applies to SuperFlex leagues but he is gonna be given a chance. The Colts offense does have some nice pieces around it in Jonathon Taylor and Michael Pittman Jr. that could help him be successful. In general 6th round picks do not end up succeeding long term in the NFL at quarterback. Cases like Tom Brady are rare and very hard to predict. I would likely try to move if he has even one good game for a 2nd and I might even use him to fill a hole on a contender like a D’Onta Foreman for example.

This is the opportunity that Etienne managers were wanting. He was already beginning to get rushing attempts and targets but now with James Robinson heading to the Jets, he could have a massive jump in volume. I do think the Jaguars will use JaMycal Hasty more or maybe even the rookie Snoop Conner, NFL teams do not like giving one guy too much volume knowing what we know about injury risk. That being said, it would not be shocking for him to be getting 20 to 25 touches a game including quality passing down work. If you were in on Etienne to begin with then you are super excited. If you wanted to buy, you likely waited too long and will have to give a haul to acquire. 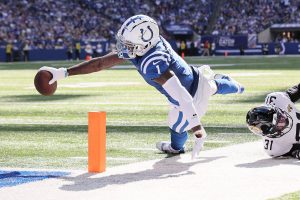 This one makes me extremely nervous because I’ve been burned before after a couple of promising performances by Campbell. The talent has always been there. It has just been staying on the field. Back to back games with double digit targets and touchdowns in each of them certainly raises an eyebrow. There is also the previously mentioned situation with a change at QB but do we even know if it is a downgrade? Matt Ryan hasn’t exactly been lighting the world on fire this season. The upside here is so high and he may just be available on waivers. Worth a roster spot but I have been burned a few times to many to feel safe buying in now. 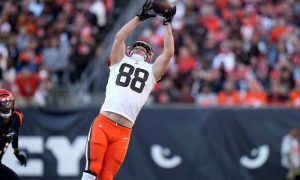 After taking the backup role away from Njoku in his rookie season, Harrison Bryant was unable to hold off the athletic tight end from getting the starting job after the departure of Austin Hooper from Cleveland. This week however, Njoku suffered a high ankle sprain that will have him sidelined for a couple of weeks. With the tight end landscape in fantasy what it currently is, he needs to be rostered in 100% of leagues with this news. I unfortunately recently cut him from a team or two as roster spots got tight and it became clear that Njoku was the tight end to roster in Cleveland. I must now awkwardly use FAAB on a guy I cut from my roster about a week ago. 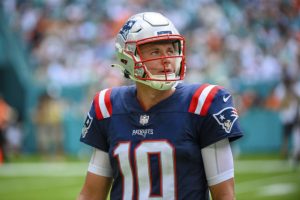 The whole situation in New England is starting to look like a mess. Belichick is slowly going from highly regarded genius to old man that is out of touch with modern offense. The benching of Mac Jones and then doubling down stating that was the plan from the beginning is one of the strangest things I’ve witnessed as a fan of the NFL. Whatever is happening, it does not give me encouragement for the future of Mac Jones at this stage. If you roster Mac Jones you are likely stuck in a wait and see mode and not enjoying it at all. Even if he is supposed to be the starter, you likely do not feel comfortable starting him this coming week if being benched after three series is an outcome that could be on the table. 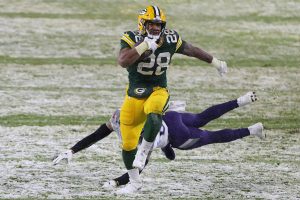 This is perhaps more of an issue with the Packers then Dillon at this point but running backs cannot have wasted years with shelf life limited as is. The Packers kinda suck right now. With them playing from behind more it seems to make more sense to have the better pass catcher playing more of the snaps and handling the ball more. The eye test will also tell you that Aaron Jones has looked like the more explosive back. If the Packers had more positive game scripts then perhaps we could see them lean on Dillon more but for now, Aaron Jones is the only Packers RB I can start with reasonable confidence right now. 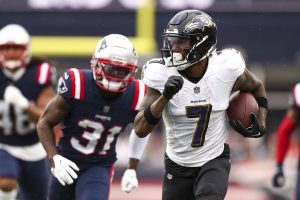 This season had all the makings for the Rashod Bateman breakout season but we just cannot seem to get there with him. The volume has a clear ceiling on it as the only pass catcher that seems viable right now in Baltimore is Mark Andrews. The talent is there but this offense just operates on a different axis than the rest of the NFL. He does provide this offense with some big play ability and a guy that can be targeted down the field so I see no reason why the Ravens would be willing to make a change in his volume. You can play him as a high upside flex but expect some weeks to be looking at 4 for 42 stat lines. 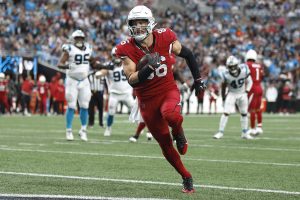 First game back with Nuk Hopkins back and Ertz gets his lowest target share since Week 1 of the season. Ertz had been hovering around that TE3 spot as a weekly starter with 51 targets over the first six weeks of the season. The Cardinals will also be getting Robbie Anderson more involved as he gets up to speed on the offense and Hollywood Brown will be coming back at some point. You may still have to start him because of how void the position is for fantasy production but I think my expectations may be taking a bit of a dip.

Everytime there is a major shake up week like this, it is very important to take a look at your team and decide what the course of action is. Sometimes the correct move is to double down and trade to replace an injured or benched player, sometimes it is best to move off of the pieces only helping us this season and start preparing for 2023. This kind of week can completely alter where you fell on that spectrum so be sure to reevaluate the players on your roster every week to make sure you know if you are a contender or if this isn’t your year. Good luck this week and happy trading!