Welcome back to another week of the dynasty stock watch. The fantasy season continues to provide several memorable moments for fantasy history. Too many people are still licking their wounds after Kelce dropped 4 touchdowns on Monday Night Football. It’s only gonna get more and more intense with each passing week as the standings begin to separate further. Let’s jump right in! 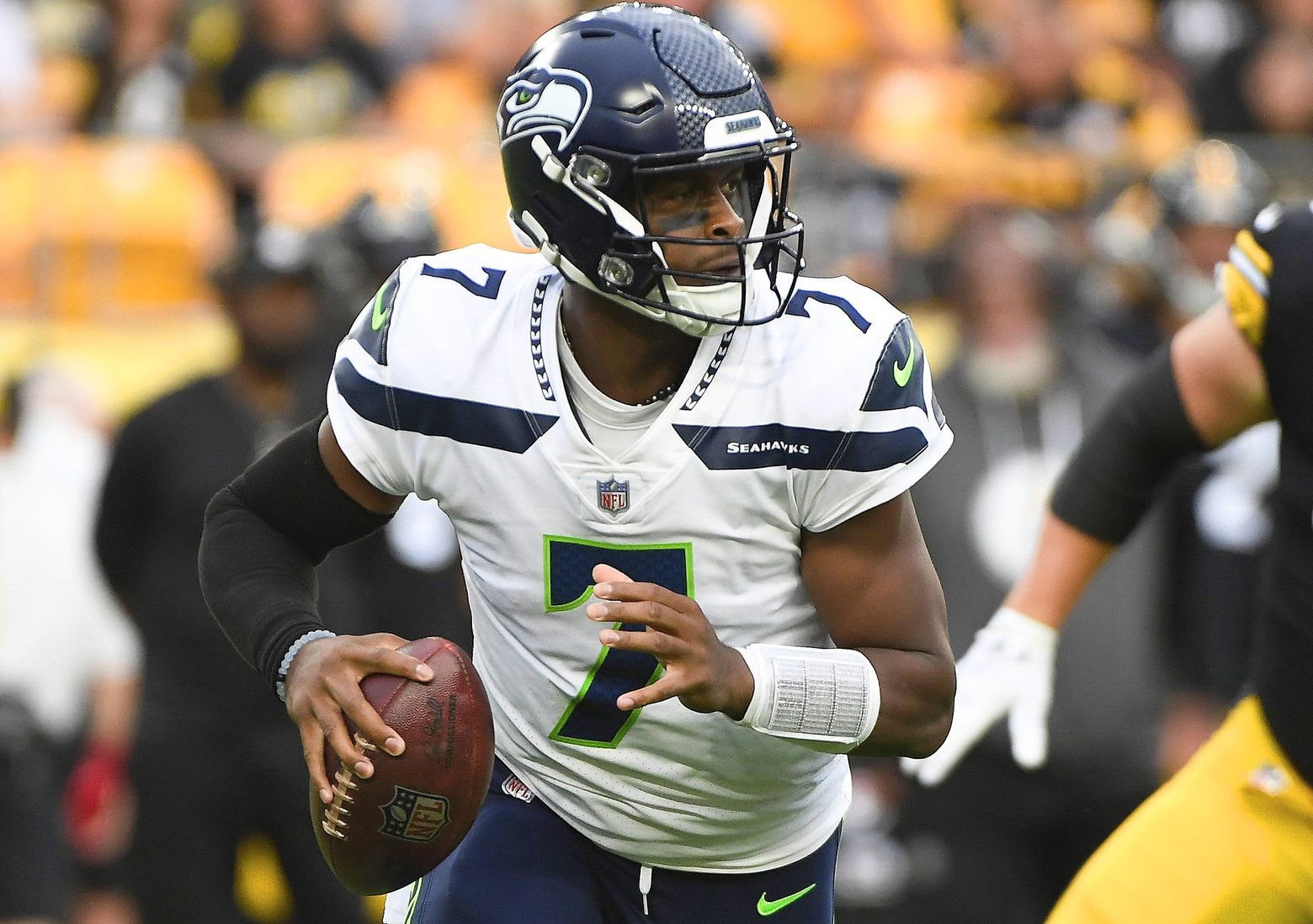 At first it was fun making the jokes about “let Geno cook” and “check out the late breakout,” but we aren’t joking anymore. I am as stunned as anyone but Geno Smith is out here putting on a show for the people at home. It has also bumped up the value of his WR core that had seen a dip with the change at quarterback. I did not think much of this at first but then seeing him do this against a Saints defense (same defense struggles against annually) is a different thing. Not a bad piece to have on your SF contender. 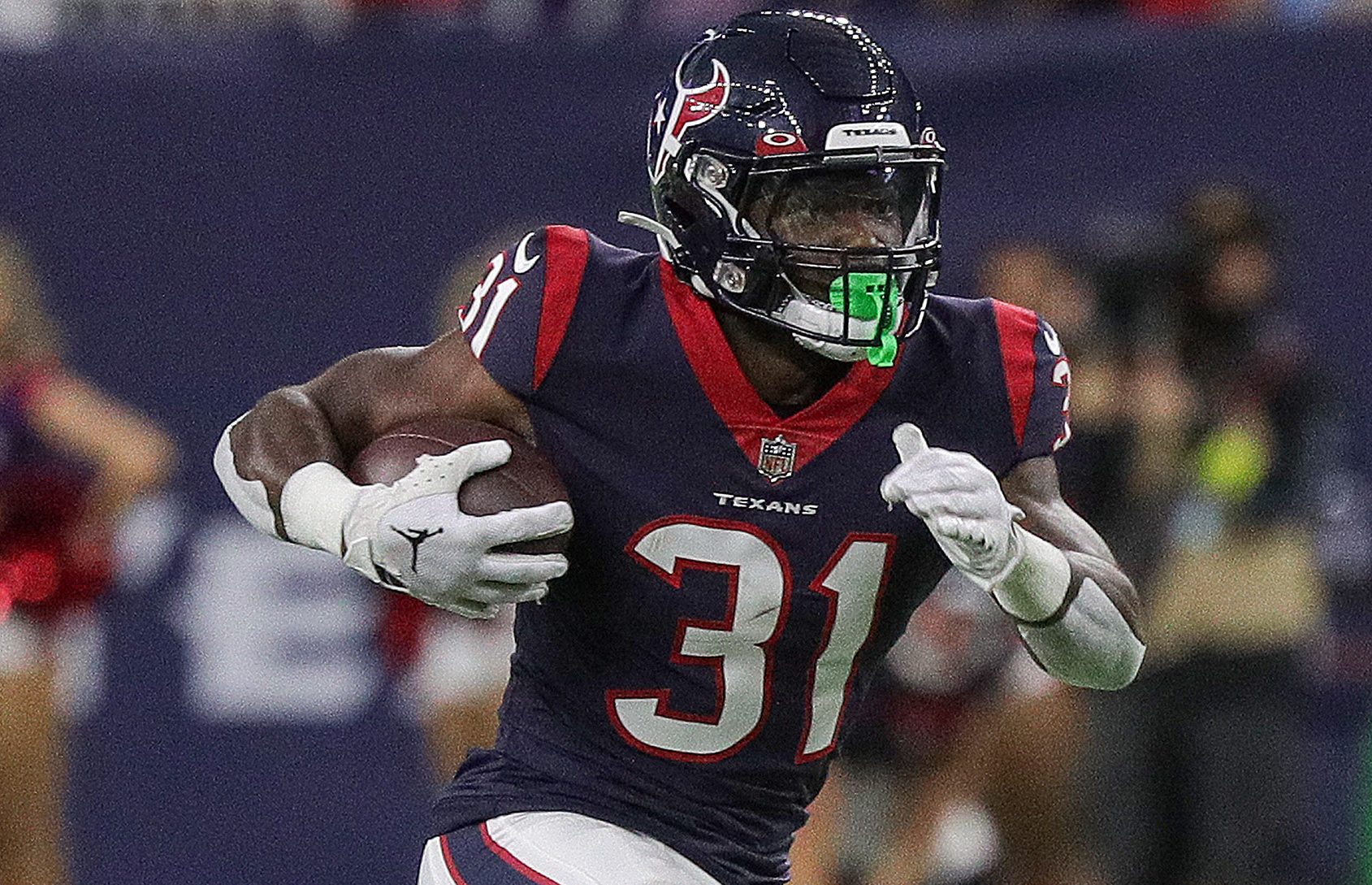 Dameon Pierce fever this preseason was all the rage. After an underwhelming start to the season, Pierce has now logged two very solid games where he received a bulk of the carries and at least 5 targets in those games. The increase in targets is a big deal for a guy we thought was only going to be used between the tackles. The Texans enter their bye this week but coming out of that bye, you can comfortably start Pierce regardless of matchup for the rest of the season if he is healthy. If you wanted Pierce the window to buy was a while ago but if you have him, enjoy the ride, could be a low end RB1/high end RB2 by the end of the year. 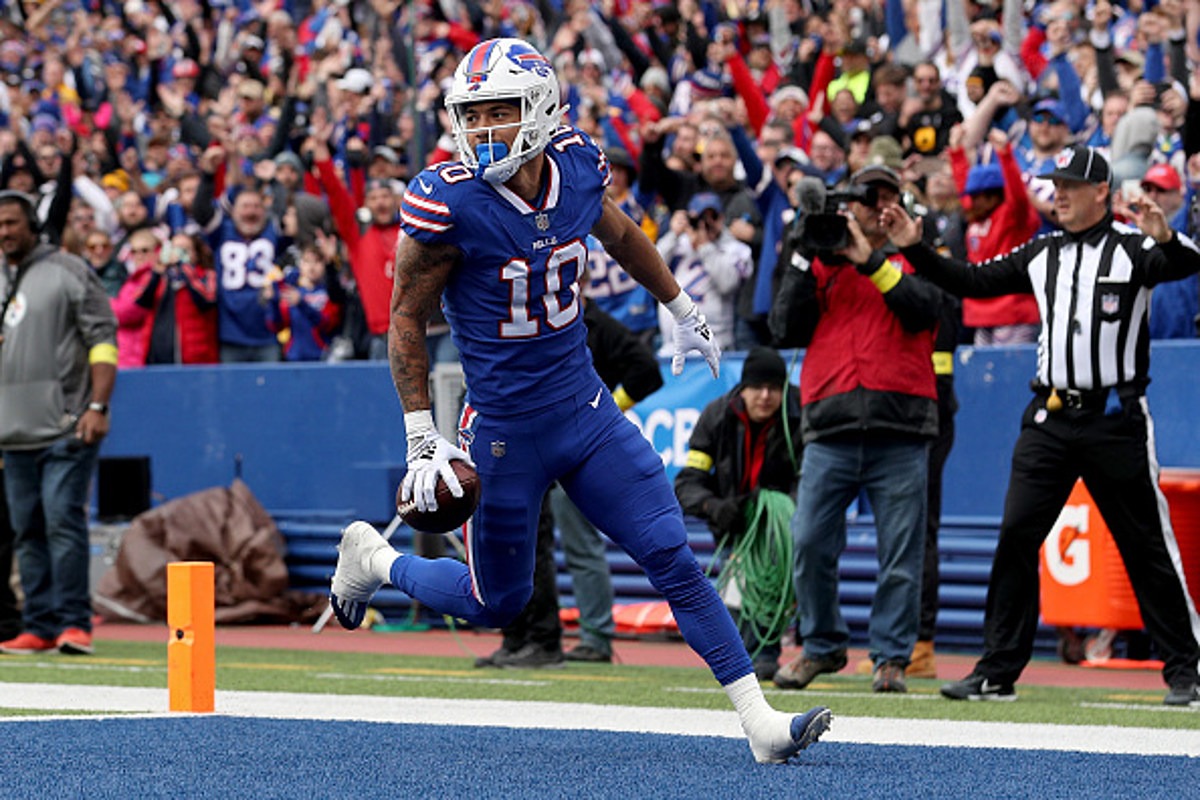 Being on the field with Josh Allen is great. Touchdowns are just available for anyone and everyone. Khalil Shakir was a bit of a raw prospect but the dude can ball out and is a huge competitor. The landing spot that he received was fantastic. He is mostly filling in at this point due to injuries but has made the most of his opportunity. I doubt you can depend on him this year but this is very reassuring for his long term outlook if any of the veteran WRs on the team are out of the picture in a couple of years. Perhaps we see a Gabe Davis like trajectory for Shakir. 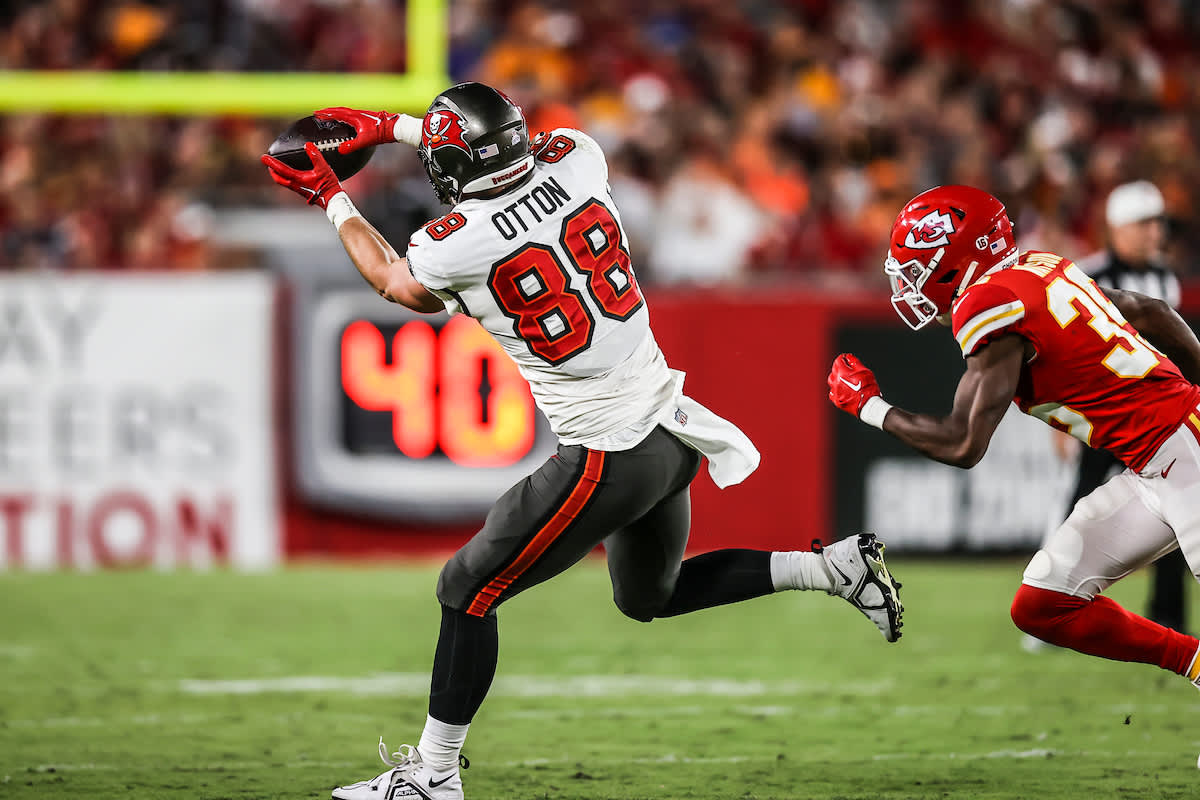 Another young pass catcher thrust into a bigger role earlier than anticipated this Sunday was Cade Otton. I’ll admit, my expectations for this week were very low considering that he would be catching passes from Tom Brady, a guy that notoriously does not like to throw to young pass catchers. That and he would be competing for targets with Mike Evans and Chris Godwin. Despite all of that, Otton put together a decent stat line. Nothing that will win your week but encouraging nonetheless. 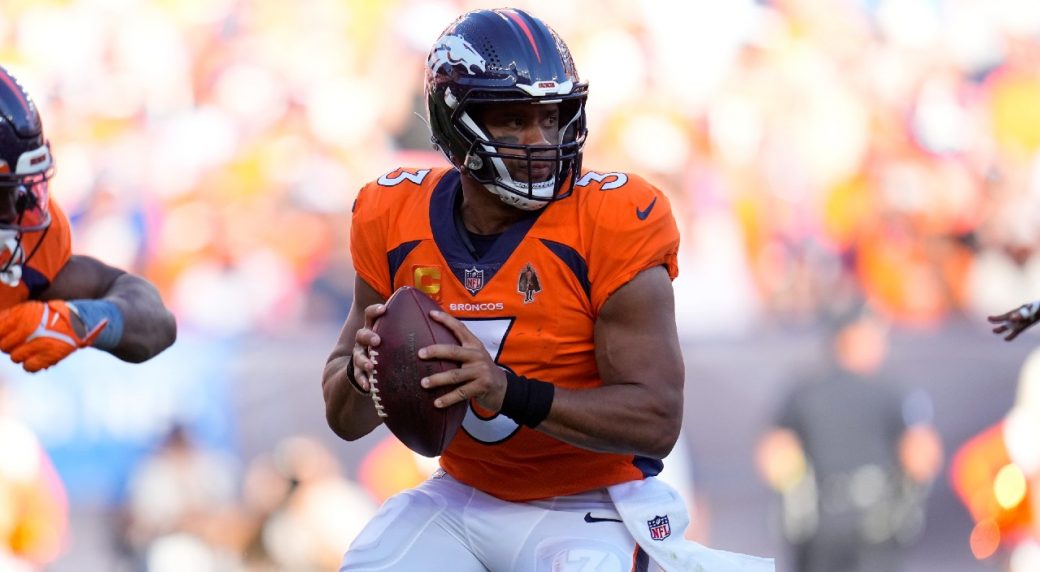 This one is truly rough for those of us in SuperFlex leagues that were depending on Wilson. I have to believe that this is getting better at some point but the fact of the matter is that his value has taken a major dive in the past 5 weeks. The entire Broncos offense just looks broken. The play calling is bad, game management is bad, they are 5th in the league in dropped passes and honestly Russell has been bad too. I truly believe Wilson will be better but the other factors still remain. I would not be surprised if you see Denver make a coaching change after Week 8 to go into their Week 9 bye if things haven’t improved. The expectations of this offense were a lot higher than this and when you hire an offensive minded head coach you expect better. 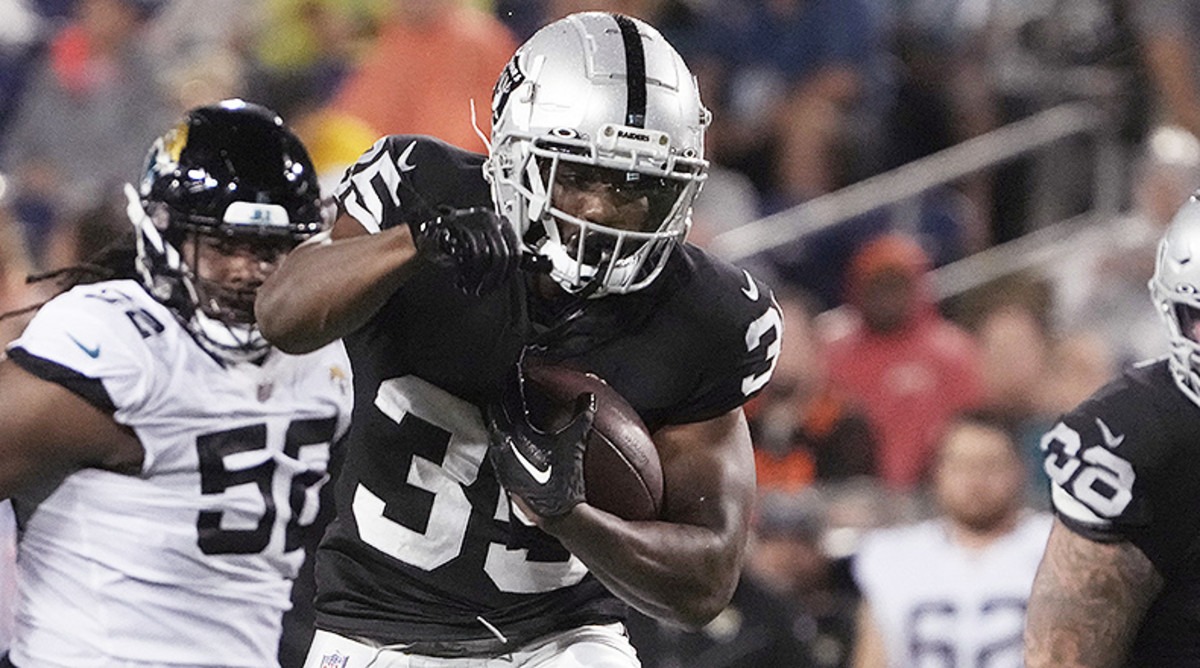 This one hurts quite a bit. I was banging the drum for Zamir White all offseason. The threat of Zamir White has apparently awakened something within Josh Jacobs as he has been running like a man possessed in that backfield. If White is gonna get on the field, it will likely have to be because of injury. I think the dream of him taking over towards the end of the season and becoming the RB1 in the fantasy playoffs has officially died. Still hold, Jacobs is a free agent next season so he could have the backfield all to himself by next season. This landing spot seemed so perfect, even the matching jersey colors from his days at North Dakota St. He was gonna get paired up with Aaron Rodgers and play opposite of Allen Lazard in an offense with 245 vacated targets from the year before. The issue being that he is now behind 7th round pick Romeo Doubs in the pecking order in the Green Bay offense. Missing time during training camp due to injuries has really affected his chemistry with Rodgers while Doubs seems to have gotten those reps. I really liked Watson coming out of school but this has the feel of a bust that will have a big play every couple of weeks but not be someone you can reliably put in a lineup. 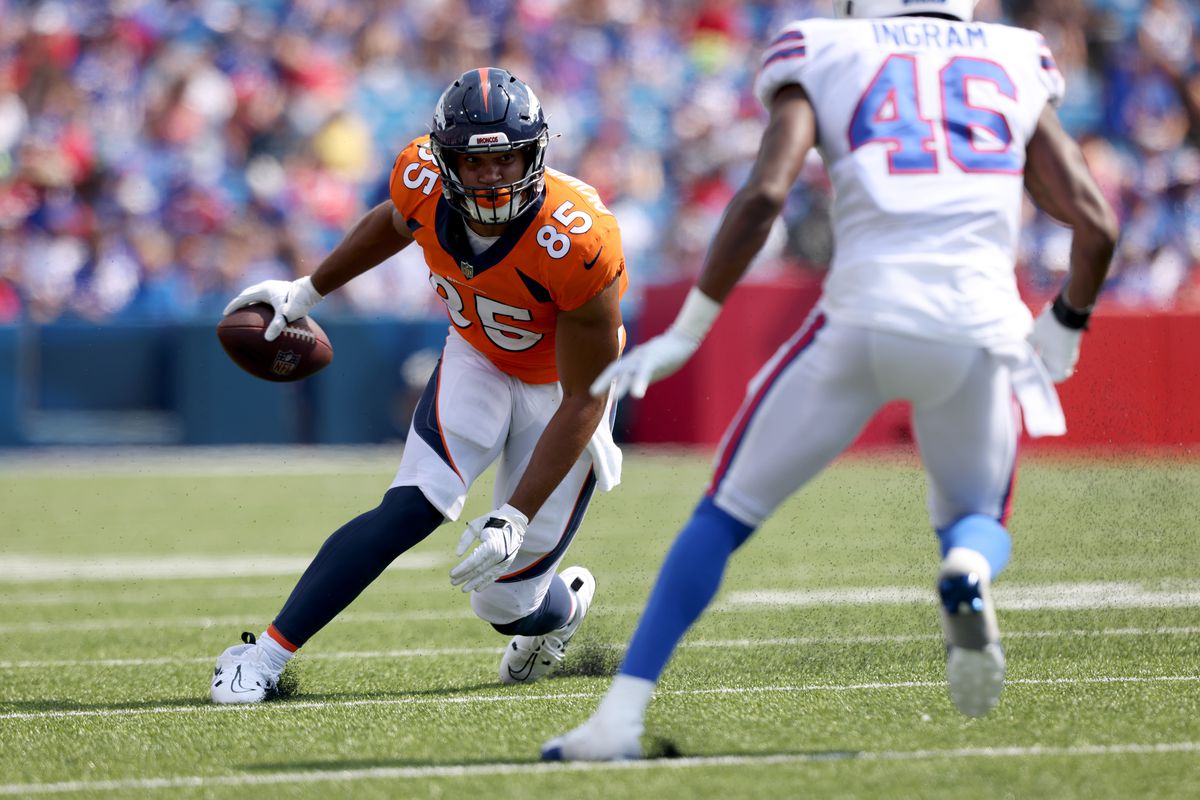 Albert O season was a hell of a ride during the offseason. Seeing Noah Fant heading over to Seattle as part of the Russell Wilson trade caused a huge spike in value for Okwuegbunam. He is now playing only a handful of snaps a game as Denver appears to be a tight end by committee situation that is as bad in fantasy as it is for the Broncos. With Greg Dulcich designated to return from IR soon, the committee will only grow larger. I would not be surprised if Albert O is a roster cut in a couple of weeks. Brutal for those that traded a 2nd for him.