The NFL season is always such a shock after a long offseason of discussion and analysis. If you told me going into the season that the Jaguars and Eagles would be one of the premier matchups this weekend going into the season I would have laughed at you. Yet here we are with three weeks of the NFL season wrapped up and in the books. The honest self reflection of our dynasty teams happens here. Trading has picked up across leagues as teams try to position themselves for a push at the championship or begin looking at trying again next season. Player values begin to shuffle madly as fewer and fewer weeks are left to try and take home the championship. Let’s dive into what these dynasty player values are looking like. 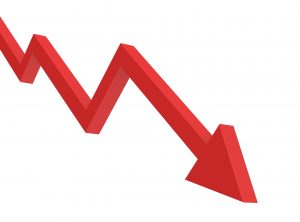 This Bears offense is truly hard to watch. This is the type of NFL that your grandparents grew up watching before the passing game explosion of the past 10 years. It feels like the entire developmental cycle for Justin Fields could be jeopardized by this coaching staff. At first we thought the Week 1 game in the weather could have been an outlier but this seems to just be the game plan the Bears want to implement. Even in a negative game script against the Packers the Bears continued to just run the football. I assume at some point the Bears will be playing from behind and Fields will have to throw the ball, hopefully then we get some brighter days.

The running back position is a tragedy right now in fantasy football. Nobody has been consistent, there is a ton of injury risk at the position, NFL teams continue to use committee approaches. If you are a serious contender, hold your RBs and by all means buy them now while they are cheap. Winning championships is the name of the game. Just understand when you make that move that you may never get any return for this investment when you make this trade. If you do not think you can win a championship now I would advocate selling any RB on your roster. I’ll explain more later on.

This one hurts me on a personal level. I am heavily invested in Elijah Moore in every format of fantasy from best ball to redraft to dynasty. PPR, ½ PPR, non-PPR, you name it. Right now Garrett Wilson is the alpha WR on this Jets offense, Corey Davis is still getting targets, Conklin is off to a good start and they have two different pass catching RBs. I feel like a broken record from what I said a couple weeks ago talking about Wilson but the Jets offense now has a reasonable amount of mouths to feed. Elijah Moore may take the hit because of it.

Very easily could have said Cole Kmet here but it would be very similar to the paragraph on Fields. Instead I want to talk about former 1st round pick Noah Fant. The once promising prospect now competes for targets with the likes of Will Dissly and Colby Parkinson. He may be the head of the committee but I don’t ever want to be using the word “committee” when I am referencing my tight end I drafted in the late 1st round of rookie drafts in 2019. I would not be surprised if he is on your waiver wire by the offseason if things do not improve for Fant. 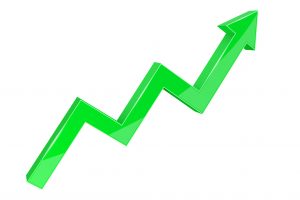 Jalen Hurts has come out hotter than bacon grease to start the season. The only thing suppressing his value was the potential of the Eagles drafting a QB in 2023. Well if they continue to pile up wins then that will not be part of the conversation and you may have acquired a poor man’s Josh Allen. This Eagles offense has become electric this season but I do want to give a little caution. They have beaten the Lions, Kirk Cousins in primetime, and the Carson Wentz led Commanders. If you roster Hurts you have plenty to be optimistic about, he could be going in the top 5 of Super Flex startups by next spring.

I want to turn all my RBs into 2023 picks at this stage unless I am a legitimate contender. As a contender, always be willing to make the move to win a championship. However, the RB market could undergo a massive turnover during this upcoming offseason. Obviously the new blood coming in will have to fit into rankings somewhere but the other thing to consider is that in a deep RB class, a team that already has a talented RB may just draft one to complement the current back. After the NFL draft there will be some good RBs that take massive hits to their value because they are now splitting a backfield. If you are not contending then turning these RBs into capital now can let you buy back into an RB market where many veterans have a suppressed value due to new competition. Either that or you can just draft the backs then. This is a market value move even if you believe many of these guys will actually be fine.

13 targets in Week 2 had our curiosity, 9 catches on 13 targets for 147 now has our attention. The top end of this year’s rookie WR class has given us plenty of excitement to start the season. His long term situation at QB may be in flux going forward but that feels like the case for most of these young WRs at this point. A lot of NFL teams cannot say for certain they have their QB in 2023 on their roster. Those teams have their 1sts though so they can go get a QB if they don’t have the answer, the Saints do not. I still love the talent that Olave brings to the table though.

Not somebody you are rolling out to start yet but if you got him with a late dart throw in your rookie draft then you are pleasantly surprised at this stage. With his unbelievable size and athleticism, the red zone should be an area of the field he succeeds at. He had only 16 snaps in the first two games combined and then logged 16 in week 3 and snagged two touchdowns. That should only help his case to get a larger workload on a Colts team desperate for some offensive weapons outside of Jonathan Taylor and Michael Pittman Jr.