Before I even get started I just want to say, what a hell of a weekend of football we just got to watch. Starting off with an absolutely bananas comeback in the Vikings and Colts game, leading to a playoff atmosphere in Buffalo against the Dolphins, then Sunday we got the Jags and Raiders winning in walk-off fashion and capped it off with a great Sunday Night game between the Commanders and Giants. As a fan of the game it was easy to enjoy such a fantastic slate of games. For many fantasy teams however, this was the final week of their season. For a select few, the journey continues in chasing the ultimate goal of winning it all. Many dynasty leagues are moving away from trade deadlines so this is a spot to sell if you are out of it and buy if your competitors are already doing so. Let’s dive into whose stock is up and whose is down in this week’s Dynasty Stock Watch. 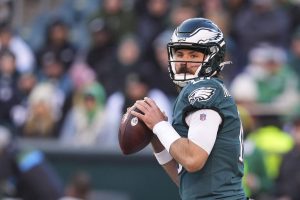 As far as backup quarterbacks are concerned, this guy is a good one. The injury to Jalen Hurts could cause the Eagles to need him as they try to lock up the 1 see in the NFC playoff picture. Minshew has produced and played good football most of the time he has been on the field. If he starts he will also be stepping into a spot with an offense that has talent at every position group and has some elite playmakers. He will be almost a lock in SuperFlex leagues if Hurts is indeed out. There is also a chance that if they win this week and Hurts isn’t fully healthy yet that he plays next week in a game that may have nothing to play for as far as seeding is concerned. This whole situation is a minute by minute situation so keep your ear to the ground for any news on Hurts. 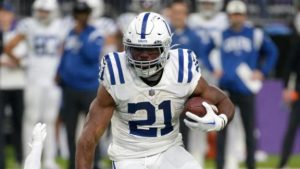 Deon Jackson could also get an honorable mention here. It has been a long time since you could put Zach Moss in a starting lineup in any capacity but the time is finally here. I might use this window to get completely out of the Zach Moss business unless I was truly desperate for a play this week. A big group of RBs is coming into the league this offseason and there is only a certain number of seats that get enough volume to be fantasy relevant. I imagine that Moss will be left without a seat when the music stops. I want to try and make the deal now before this weekend for whatever I can get. I think there is a good chance the Colts offense stinks and/or it’s a committee and Moss gets between 6 and 9 PPR points and you become eliminated from your fantasy playoffs. 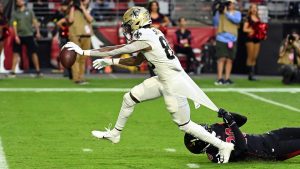 It seems like every time I turn on a Saints game he gets at least one big play a game. The young WR seems to have a little juice in his game. He is not someone that I would be interested in playing in a matchup this season and more just someone that I would like to store on the end of my bench and see what happens. New Orleans seems to like him and he has some speed. The volume isn’t quite there yet but if he continues scoring long touchdowns, that should come in time. I am not a huge fan of starting boom bust players so I would likely hold until he has a bit of a volume uptick or a multi touchdown game next year and see if I can turn my waiver wire add into a 2nd round pick down the road. For now he is a grab and stash. 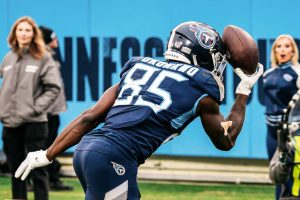 I will confess, Okonwo was not someone on my draft board before the combine. After a stellar performance at the combine though, he quickly climbed my TE rankings.  Chig has mostly operated as a TE2 for the Titans behind Austin Hooper (more on him later) but the past 4 weeks, he has become the tight end more involved in the passing game. Over 5 targets in each of the last four games and a few long plays as well. Most tight ends do not have that in their bag of tricks. He is still young and tight ends take a while to fully develop into a role in the NFL so this stretch down the back half of his rookie year is extremely promising. Excellent buy for teams looking to rebuild, especially in TE premium leagues, his upside is through the roof. 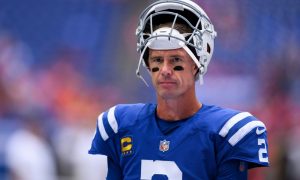 We may be at the end of his days as a starting quarterback in the NFL. Ryan has had a tremendously successful NFL career but will always be remembered for a horrific loss in the Super Bowl against the Patriots and now the biggest blown lead in NFL history. I honestly would not be surprised if he hangs it up after this season. Similar to RB, the QB landscape is about to get a fresh group of young talent coming in. If you have Ryan I don’t think you can cut him yet due to the off chance of him being the starter to begin a season next season while a young guy is waiting for his moment but when counting how many starting QBs you have in your SuperFlex leagues next year, I would not put Ryan on that list. 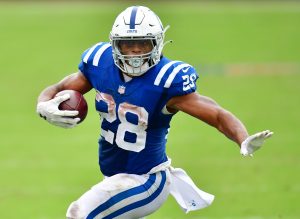 Not trying to bash the Colts but just calling it how I see it. The days of Taylor being the number 1 RB in dynasty appear to be at their end. I am hearing different names in the community for the new RB1 overall in dynasty including Bijan Robinson who has played exactly the same number of NFL snaps that I have(zero). Taylor has no lack of talent but he will not be available for championships this season and people are starting to realize that he was running a bit hot in 2021 and likely will have some amount of regression to the mean especially as the Colts appear poised for a rebuild at this stage. I actually think this is a decent time to buy Taylor if the owner is in a difficult spot with a championship on the line or seems frustrated with a disappointing 2022 campaign. Though it may be tough for them to want to take a loss on their investment at this point. 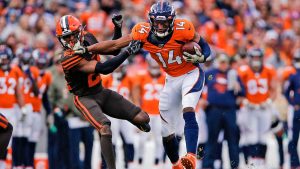 Sutton has been battling injuries down the later part of the season but recently even when healthy, it appears that Jeudy has slowly passed him as the receiver you want in Denver. The whole situation in Denver is a mess and they are likely going to have an interesting offseason. They are pretty much married to Russell Wilson unless they can find a partner to do a salary dump of that contract where Denver sends Wilson and picks to someone just to clear their books. The talent is there but I’m not sure if or when the situation in Denver will improve. 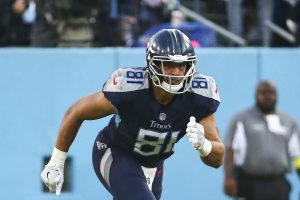 I had mentioned Hooper earlier when discussing Okonkwo. The other side of Chig receiving the targets is that Hooper is slowly being used for mostly just blocking. I thought this spot in free agency would be perfect for him with a team in Tennessee that was desperate for pass catchers and Hooper having been a reliable one early in his career with the Falcons. Unfortunately it never came together for him in Cleveland or in Tennessee and we are slowly seeing the end of his fantasy value drip away. He will likely be available in dynasty waiver wires by the start of next season unless he lands in a place that really utilizes him fully and consistently.

Congrats to those that are still going on when their fantasy season but always remember in dynasty that the other season is just beginning. Now is the time to start curating your roster for the offseason. Good luck in the post season everyone!