We have finally reached the last week of byes and many leagues are either in their final week of the season or perhaps have already begun the playoffs for those of us in two week playoff leagues. If your league does not have a trade deadline then there are still moves to be made. Values of players right now are pushed to the farthest extreme of who has the right matchup for these last few weeks or who will be getting the reps down the stretch. Let’s see whose needle is moving! 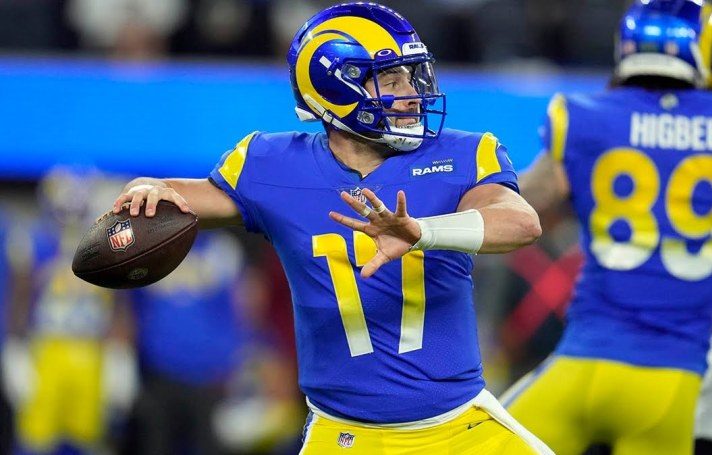 Normally I do my writing on Tuesday afternoon but a seasonal cold made sitting in my office and typing away at a keyboard a less than exciting proposition. Luckily for me though, it gave me a fantastic option of a Quarterback to talk about. What an awesome thing to have happen, Mayfield steps off of a plane, gets a brief walk through with the guys on Wednesday, then wins a game on Thursday. Perhaps one of those most shocking NFL games I’ve ever watched. While I’m not sure what this means for Baker long term, I do think this means he will at least be the Rams starter for the rest of the season and I know I mention it a lot but being a starting QB is valuable in SuperFlex leagues. If you have wanted a window to get out of the Baker business I would strike now to a playoff team short on QB help. 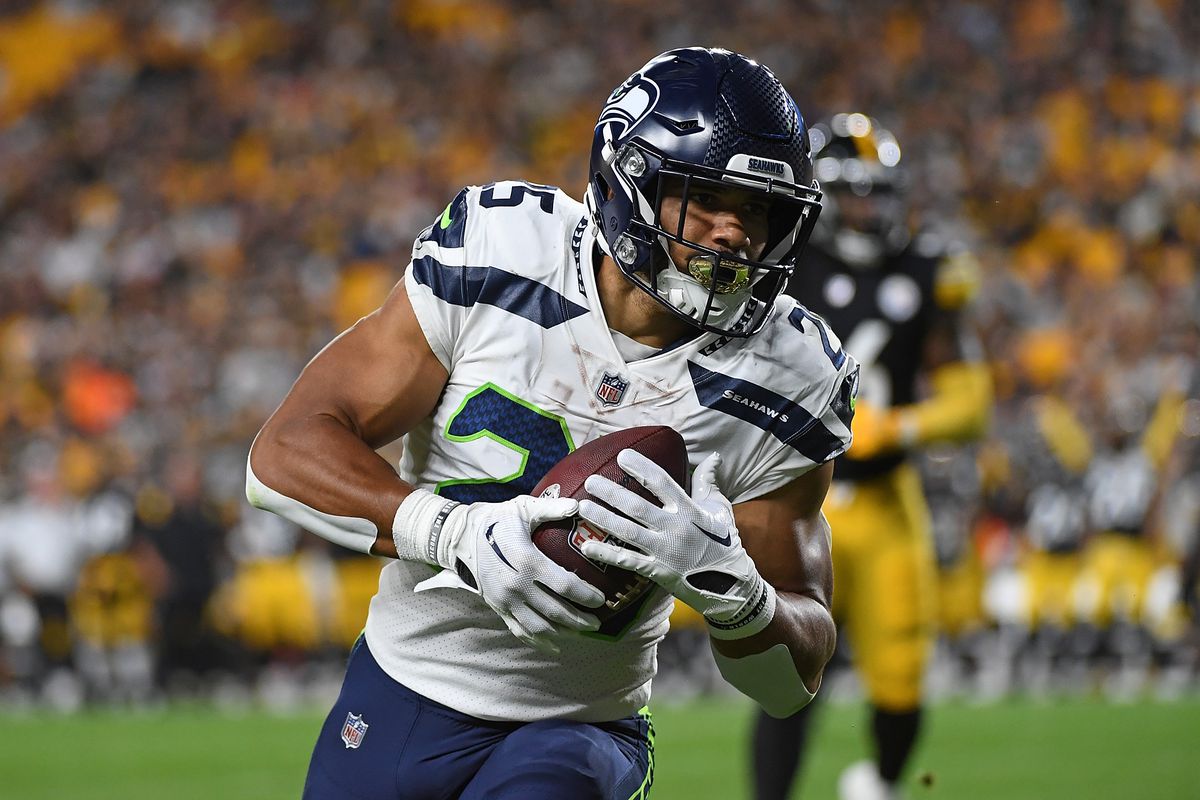 In a one week season, like the playoffs are, it is sometimes important just to have somebody getting some volume. If Kenneth Walker and DeeJay Dallas are unable to go, Homer would likely get a ton of work in a juicy matchup like Carolina as well. Granted, this could all be for naught if on Sunday we find out Walker and/or Dallas are able to go. This could also be burned if Tony Jones Jr. ends up getting a bulk of the carries between the tackles but the opportunity cost is extremely low for Homer. If the person you are trying to acquire Homer from doesn’t have an immediate need, a 4th might get it done and I believe a 3rd would get it done for sure. Perhaps one day you will be sad without that pick but if that trade gets me an extra 10 points in my lineup in a playoff quarterfinals, it’s well worth it. 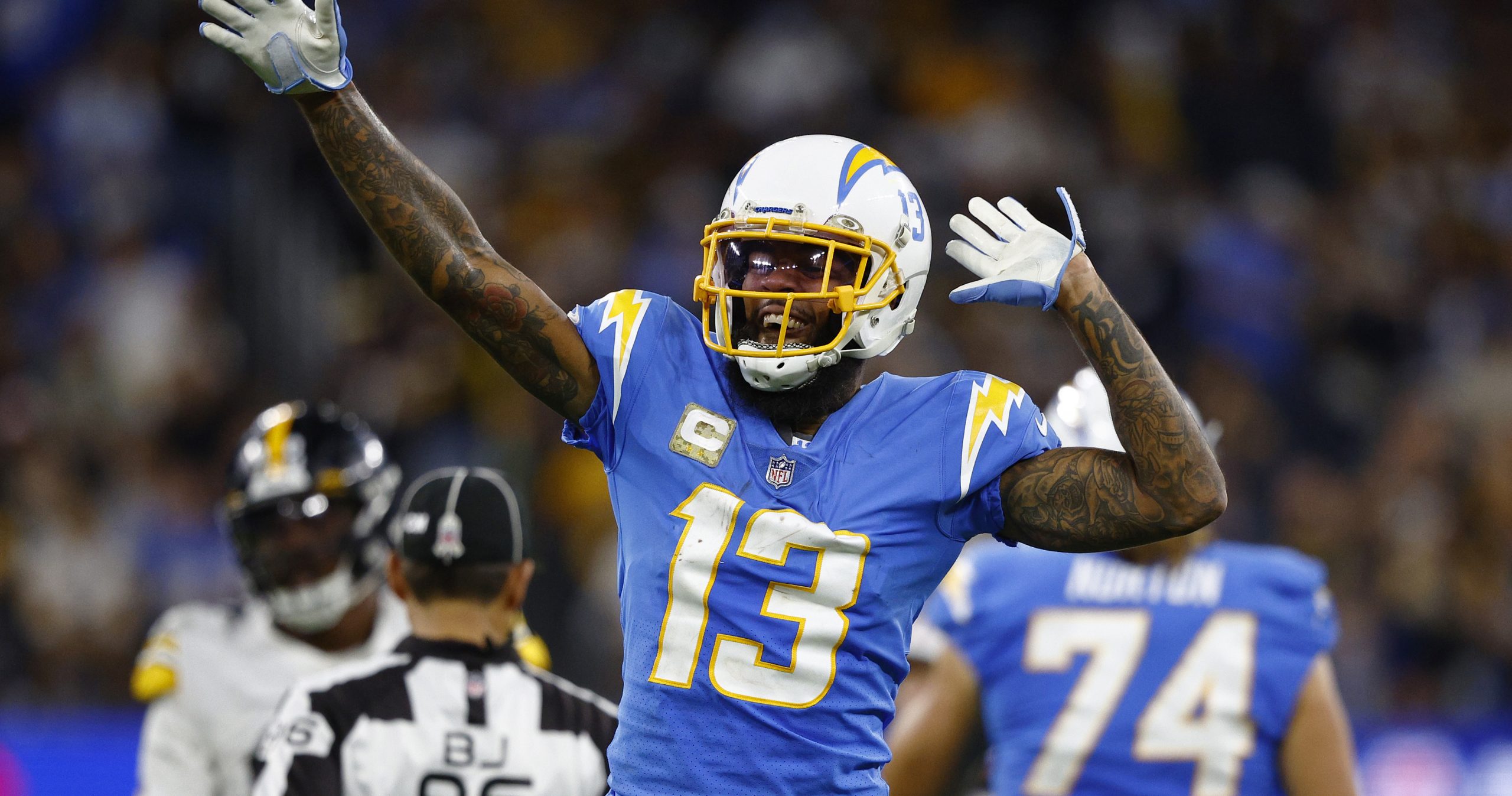 It has been a brutal season for Keenan Allen managers this year. After a hamstring injury in Week 1 we were told he is only missing Week 2 because of it being a Thursday night game. Now here we are in Week 14 and you finally feel like you can use Allen. If you are completely out of it, I think this is a good selling window for Allen. The wall could come at any moment for him and you will not be able to get anything back. If you are a contender then rejoice that you were able to get him back to performing just in time for your championship run. If you want to add a WR then Allen is a fine buy, his remaining schedule is fine for the playoff run and you know he will get the volume.

This is a sneaky one, he is not eligible to come back this week but reports of him working out on the side have been very promising. Goedert has been running routes and looking smooth suggesting that he should be confidently put in your lineup if he is back in the lineup. Tight end is such a miserable wasteland in fantasy football, a guy like Goedert is one of the few truly reliable options outside of Travis Kelce in the sport. You may have to play the Kelce manager in your fantasy playoffs and having a guy like Goedert can at least prevent you from starting 15 to 20 points in the hole from the one position. 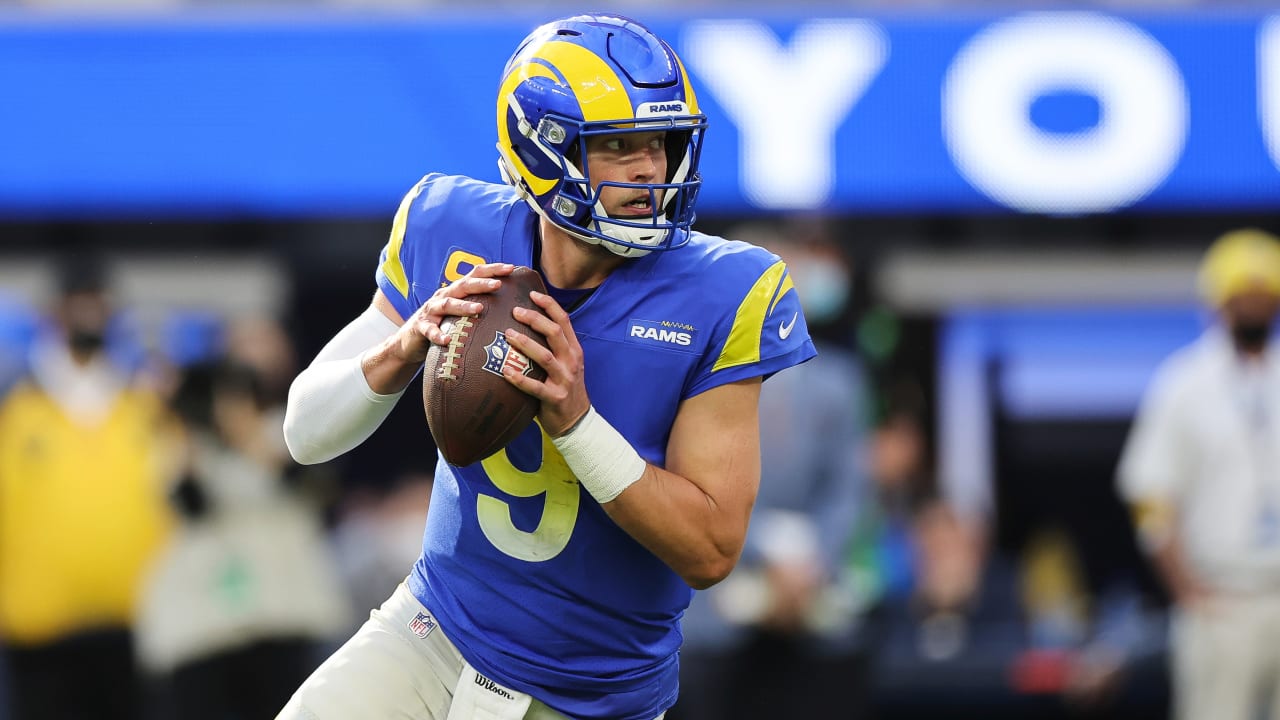 A lot of rumors about Stafford’s health are beginning to float around including the potential for this neck injury to end his career. While McVay seems optimistic about the prospect of him coming back healthy next season, the rumors being in the air puts a severe hindrance on anyone trying to move Stafford at this point. Beyond his health, it is time we take a good hard look at the Rams roster and asset situation. Their window may have closed sooner than we all expected. If a rebuild is to begin the Rams may want to move on from the veteran quarterback at some point and perhaps begin acquiring draft picks. We have not seen Rams GM Les Snead on the receiving end of draft compensation but that has been because they have been competing for championships most of the time he has been there. Perhaps it is time for a change of strategy for the time being. 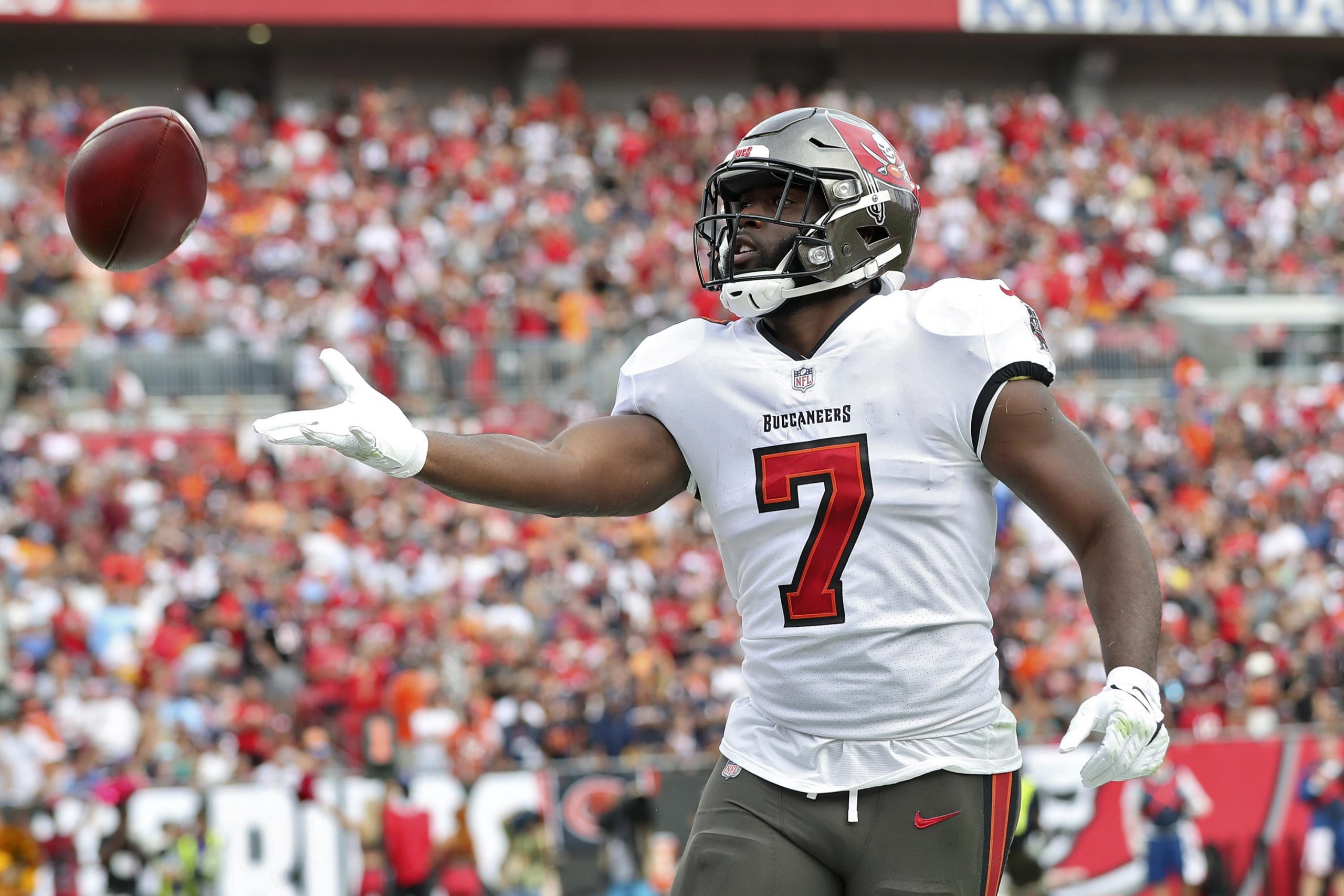 Every year that we have a rookie drafted behind a veteran running back we begin the “how long until he takes over” conversation. Fournette has actually gone through this before, back when the Buccaneers selected Ke’Shawn Vaughn in the 3rd round of the 2020 draft. Having survived that, Ronald Jones, and having held off Rachaad White for most of the season, Uncle Lenny was potentially looking to yet again provide great value relative to ADP. Unfortunately for Fournette managers, it looks like his volume is slipping at the worst part of the season. To make matters worse, it is the passing game work that seems to be slipping away from him as Brady has started to trust White in big moments including the game winner on Monday Night Football against the Saints. This is the way it goes for running backs though, value is lost quickly if new blood begins to take some of the workload.

In what has been a miserably disappointing season for Cooks thanks to a Texans offense that is incredibly inefficient, it now seems like he is barely even playing. Cooks will miss week 14 now as managers try to scramble to find someone to fill in a flex spot down the stretch. Hopefully you were not actually starting him much this season as it has not been great. Despite a great target share early in the season, it just hasn’t come together this season. Cooks will be turning 30 next season and the Texans are likely to be drafting a Quarterback next season. While he could be traded next season to a contender, I am not sure how much I can count on Cooks given his injury history. 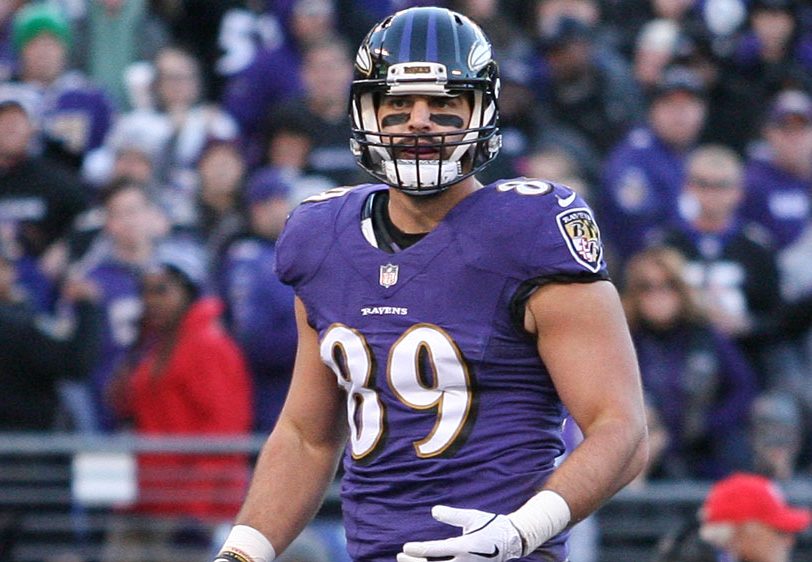 All season I have spoken of how no tight ends matter except Kelce and Andrews. Well… that may no longer be the case. Let me preface this by saying, you are still starting Andrews every week unless you have Kelce. The last few weeks Andrews has not put up the big numbers. It seems like Oliver and Likely are now getting more and more targets each week. Andrews is still a fine play but I would have very tempered expectations and not expect a huge edge at tight end going into the playoffs, which is unfortunate since that is what you drafted Andrews for.