We have reached the midway point of yet another wild NFL season. We spend all offseason getting excited about the season just for it to fly by in a matter of a few months. The fantasy season is coming near to a close as the playoff picture in all of our leagues becomes more and more clear with each passing week. Teams battling for position for those last few spots in the playoffs and first round byes or just attempting to move assets that won’t help next year as this year seems to have gotten away from them. As sad as it is to finish the season, this part is also the most exciting part of the fantasy season. It’s when all the hard work of scouting, drafting, trading, making waiver claims and setting lineups all comes to the payoff. At this stage of the season, players who are scoring fantasy points reach their peak value during the year. If your season is indeed over, it is a good chance to move some assets for their maximum return. If you are a contender, do not let this scare you. Sometimes an overpay will win you a championship. The expression has always been, win titles, not trades. Let’s dig in and see how these player values have changed. 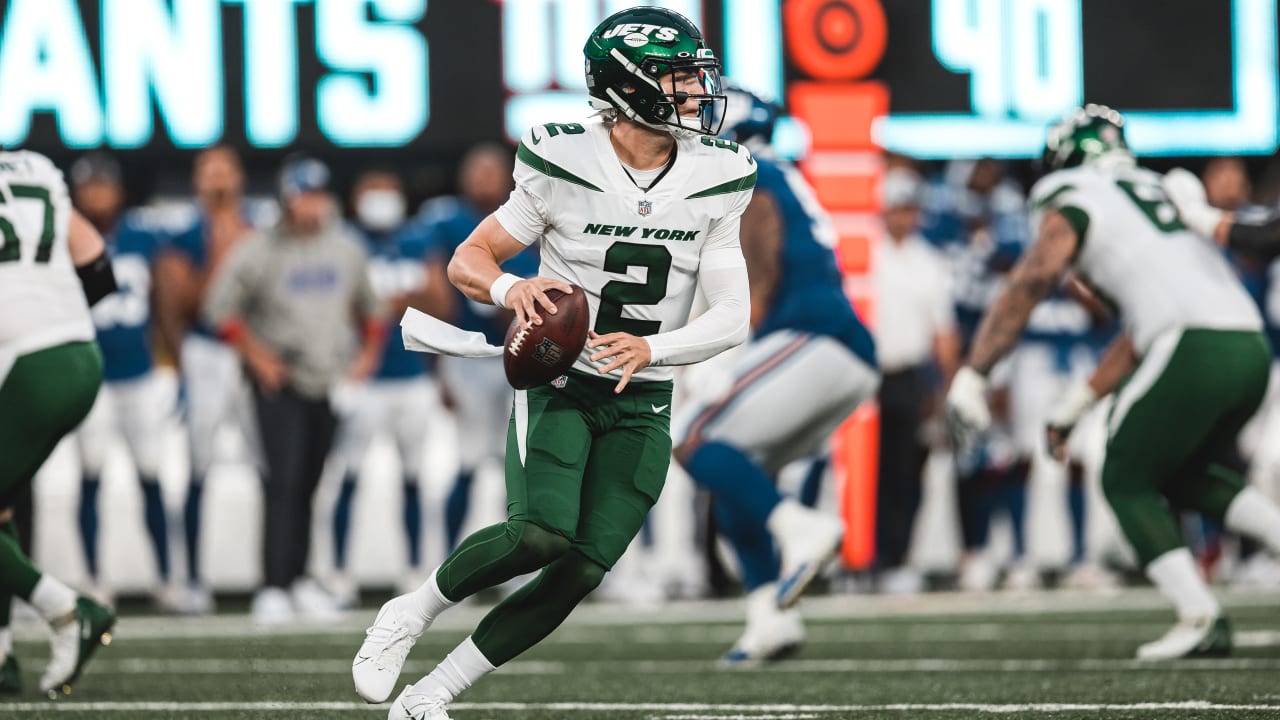 Chuckin’ bombs and well…. You know the rest. My editors would prefer I don’t finish that statement. This past week was a huge step for Zach Wilson. Against a tough Bills defense he showed some poise, good decision making, and the ability to make plays when he needs to. Sometimes to learn how to be a winner, you have to learn how to not lose first. Seeing him throw the ball away a couple times or create with his legs was such an encouraging sign for a guy that has been overly prone to hero ball leading to turnovers. If the Jets continue winning, he will remain under center. He still has a lot of work to do but this week he looked more like a professional NFL Quarterback than he has at any point of his young career. 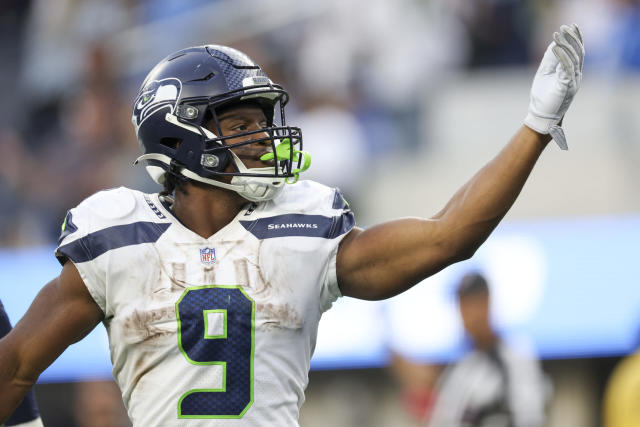 One of the biggest surprises this season has to be the Seattle Seahawks. One of the major concerns for Kenneth Walker III was that game script might end up being an issue for his work load. Not known for pass catching prowess, we expected that his fantasy production may be limited if the Seahawks were not competitive. Not only are they competitive, they are just straight up good. Now he is playing with a lead and being used to put games away and picking up massive fantasy points in the process. He has now moved to around even money to win offensive rookie of the year on most sports books. If you drafted Kenneth Walker in the spring you are feeling great about it now. If you are trying to trade for him right now, get ready to pay an absolute haul. 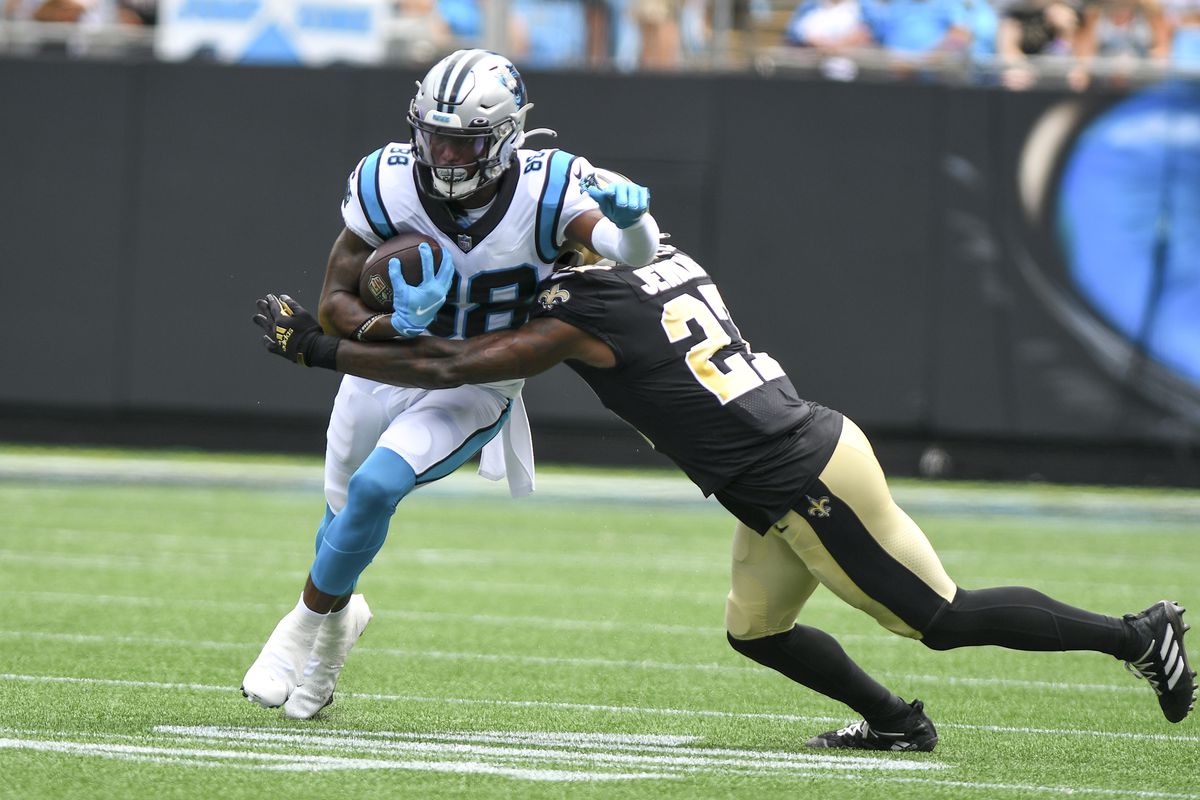 After a slow start to the season that had many worried he was a bust, Marshall has been much more involved since the trade of Robbie Anderson. The efficiency hasn’t been great with only 7 catches on 15 targets but the yards per catch have been as those 7 catches have resulted in 140 yards and a touchdown. The Panthers are definitely a team in line for a change in quarterback over the offseason and whether it’s a veteran placeholder or a rookie, it is tough to imagine it not being an improvement for all of the Panthers pass catchers. 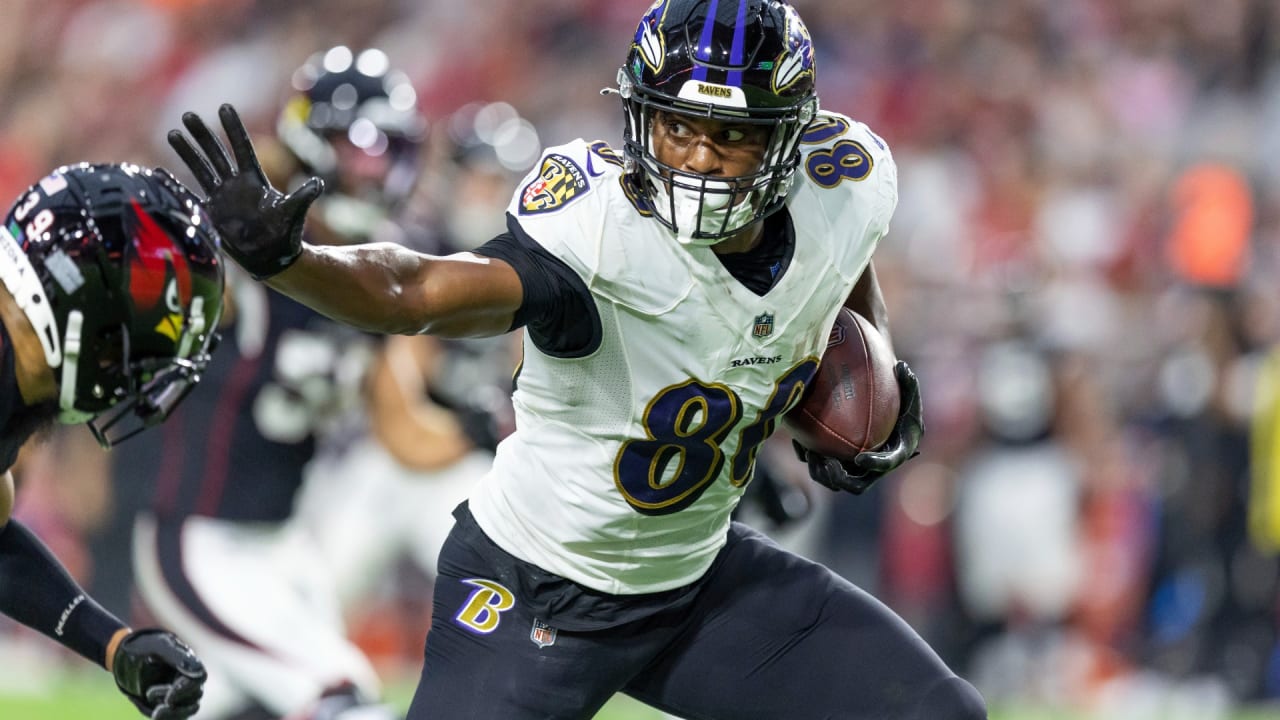 Not the sharpest spike in value but the tight end position is by far the hardest one to do these stock watches for since tight ends not named Travis Kelce or Mark Andrews, tend to be touchdown dependent at best. Isaiah Likely had received a ton of hype this preseason as many thought the Ravens could do like the Patriots did with Hernadez and Gronk and maintain two TE1s on the same team. While that has not come to pass, when Andrews has missed time, the offense still relies on the tight end and he has performed the job well. With Bateman out for the season there is a decent chance he does continue to get targets even after Mark Andrews returns but I think for the most part this is a long term play. 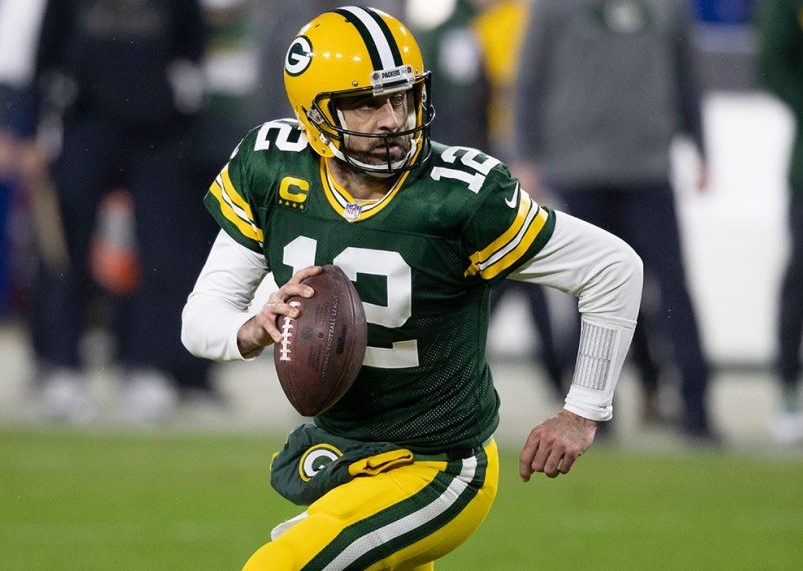 Surely this week against the Lions defense that has been ripped up by every offense this season would be the “get right” game the Packers needed for their offense. Unfortunately for Packers fans that would not be the case. The Packers offense has been hard to watch this season. The lack of weapons certainly hasn’t helped but Rodgers has also been playing poorly himself. This year is starting to feel like the passing of the torch from the Rodgers, Brady and Wilson era to the Mahomes, Allen and Burrow era. If you are stuck rolling out Rodgers in your Super Flex leagues, I’m not sure what the answer is at this point. If it didn’t happen this week I’m not sure it is gonna get right this season. I imagine we will have another awkward offseason on what the Packers and Rodgers will do this offseason. Is the Jordan Love era coming soon to a 2023 near you? Could be. We will have to monitor this going forward.

Running Back: The Chiefs RBs 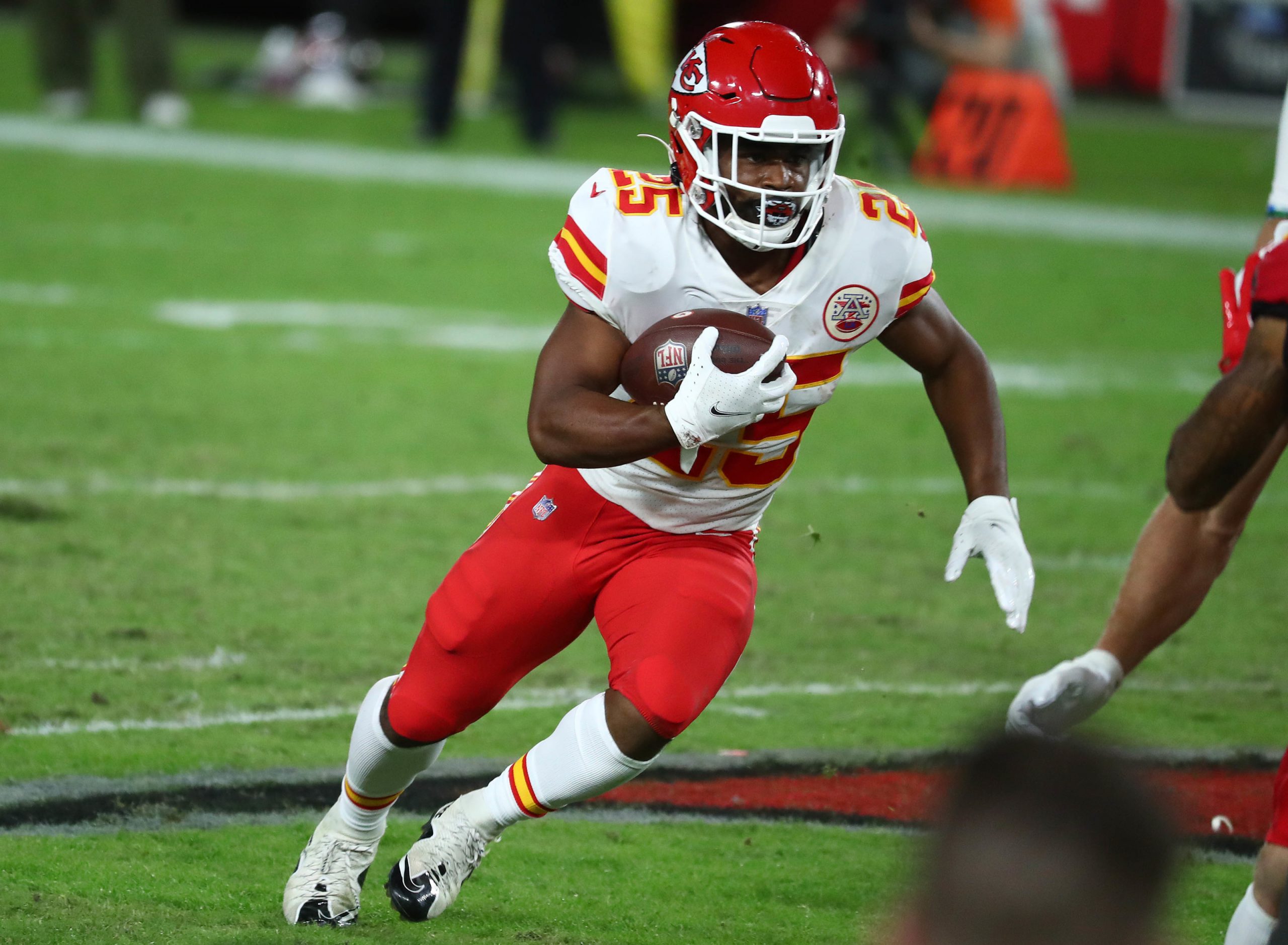 The Chiefs offense is one of the best in football and right now the only two players I am starting confidently are Patrick Mahomes and Travis Kelce. Any one of these backs are capable of a big game on any week because being on the field in this offense gives you an insane level of touchdown opportunity but trying to guess which one it will be on any given week feels like a fool's errand. They have three guys that are all used in doses and in different roles but the volume is not large enough for any of them to warrant playing them on a weekly basis. They fill the role of desperation flex then crossing your fingers they get the call on whatever clever play design Andy Reid has for the redzone this week. Ranking them at this stage I’m going CEH, Pacheco, then McKinnon but I would move off of any of them pretty easily.

After an explosive start to the season with some big plays and then the injury to Bateman, the thought was that Duvernay would become the next in line. Monday Night Football showed us otherwise however, as even with target hog Mark Andrews out of the lineup, he had only one target in the game. He will have a couple games where he makes big plays because of his speed but it does not look like he is going to be a featured part of the offense at this stage. I might wait and see if I can get one big game with two long touchdowns from him and then flip him for the best offer I can get. 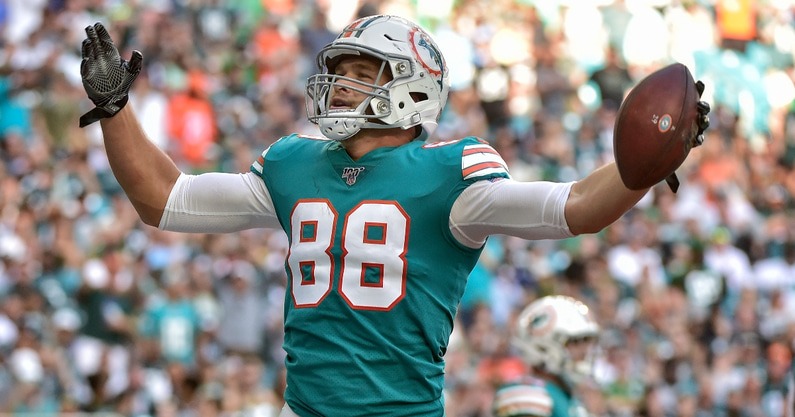 After back to back games with 7 targets it appeared that Gesicki was finally going to become a big part in the offense for the Miami Dolphins. In the past two games where the Dolphins offense has been rolling though, he has seen his role become reduced again. The talent is there but this is an offense that does more blocking with tight ends than Gesicki is accustomed to and on the outside he is competing with a track team for targets. The good news is that he will be a free agent in the offseason and has shown some flashes. At this point of the season though he has become difficult to trust.

The NFL season continues to chug along and player values continue to bounce up and down. As we reach the playoffs and trade deadlines for fantasy leagues we start to reach a point of tight tension as values will immediately and rapidly change once the battle to win right now goes away. This should be one of the most active periods of trading in your dynasty league. Good luck to all and happy trading!