Last week saw a number of backup quarterbacks at the beginning of the season start NFL games. Taylor Heinicke, Sam Ehlinger, PJ Walker, Malik Willis, Jimmy Garoppolo, and Kenny Pickett all took the helm in week 8. That is an amazing number of players at THE key position in football getting the start under center The point is: QB depth in Dynasty leagues is essential to long term success. Your dynasty team should have plenty of bench spots to keep a long-term project. Will this project pay dividends? Maybe yes, Maybe no. However, a long time ago, Tom Brady, Russell Wilson would have been examples of a QB stash that now seems crazy to think otherwise. Even Justin Herbert out of college was not even considered a 1st round rookie pick in dynasty leagues. What’s the point? Any manager that looks to the future, will not be surprised by it.

Here is a list of players and my reasoning for QB stashes that could be worth the wait: 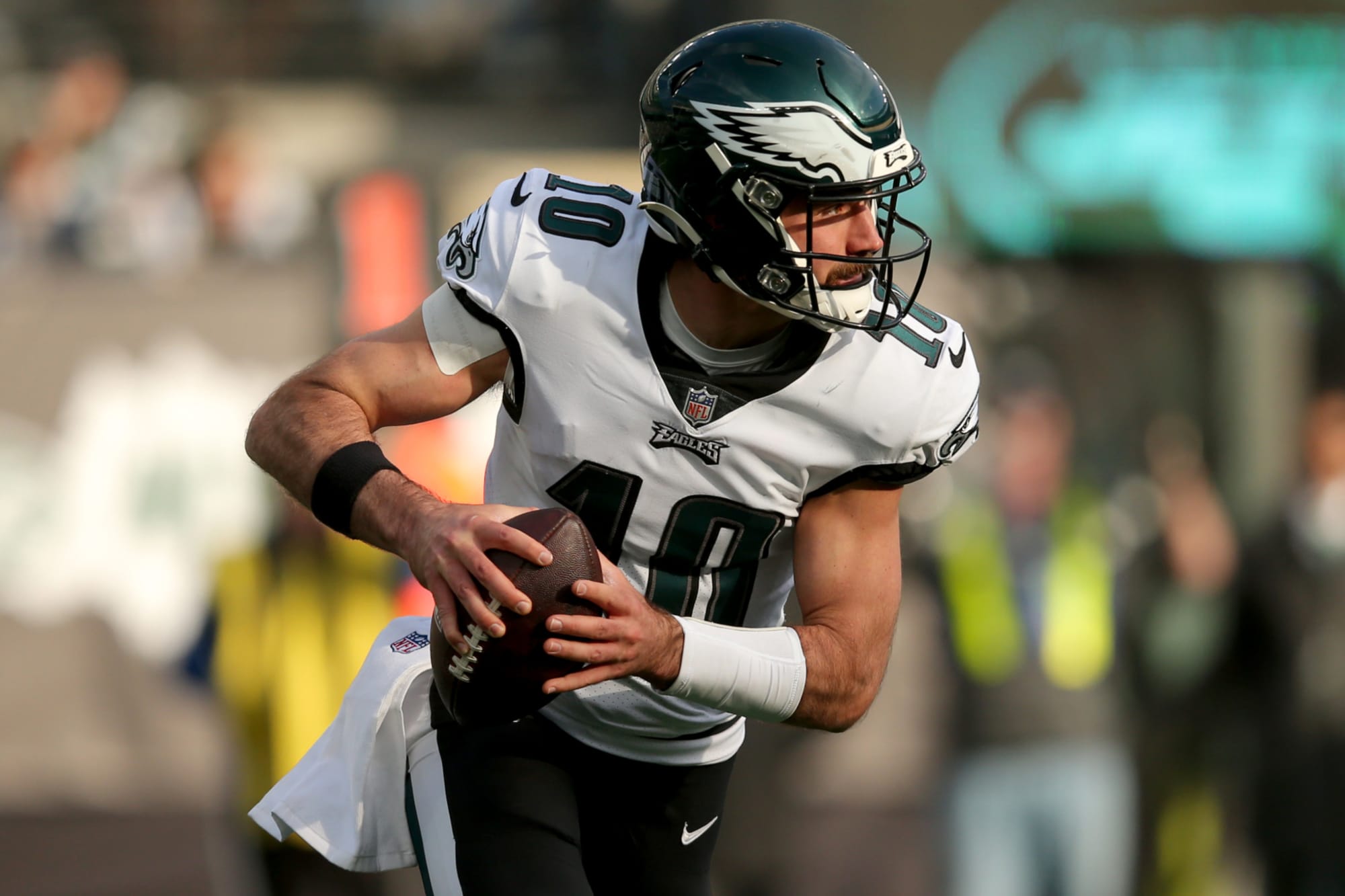 The primary backup to Jalen Hurts has already seen some “mop-up” time in Eagles’ blowouts. Gardner Minshew has started 28 games at quarterback in his career and is regarded as a top tier back up. It's only a matter of time until a team is looking for a bridge quarterback and makes Howie Roseman an offer he can’t refuse; maybe a 6th round pick. With Gardner as your stash, you have a high ceiling bench player once the opportunity arises. He has a 63% completion rate with 41 career touchdown passes. Minshew may not be a long term solution for your fantasy team, but could provide solid depth during bye weeks or an emergency start due to injury if he has the chance to start. He is worth the roster spot. 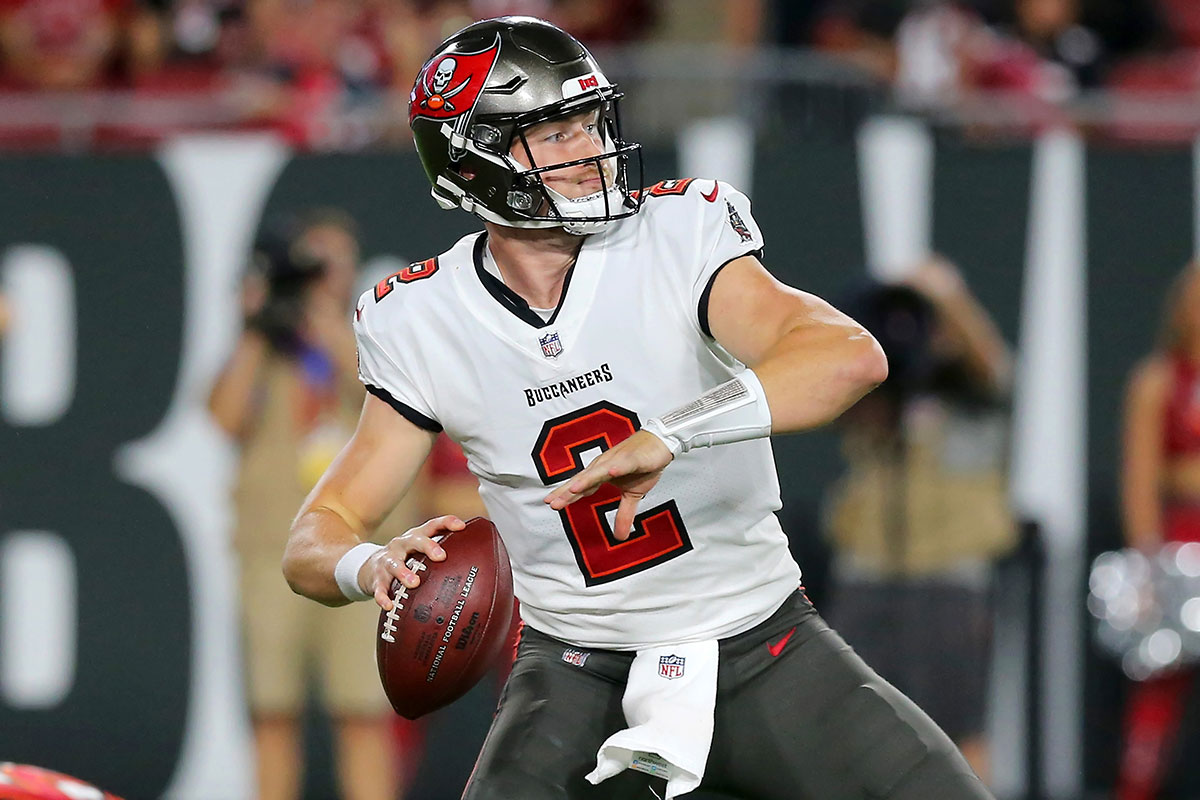 It doesn’t take a fantasy football savant to notice this is not the year anyone expected to see from Tom Brady. Trask is NOT the primary backup to Tom Brady; that’s Blaine Gabbert. However, that makes Kyle Trask easier to get if he’s already rostered. Kyle has never taken a regular season snap as QB1 in Tampa, but that time may come quicker than one thinks. If, and when, the team is ready to move on from Brady, Trask will get the first chance to take the helm. Make the small investment now, and hope his team will shine sooner rather than later. 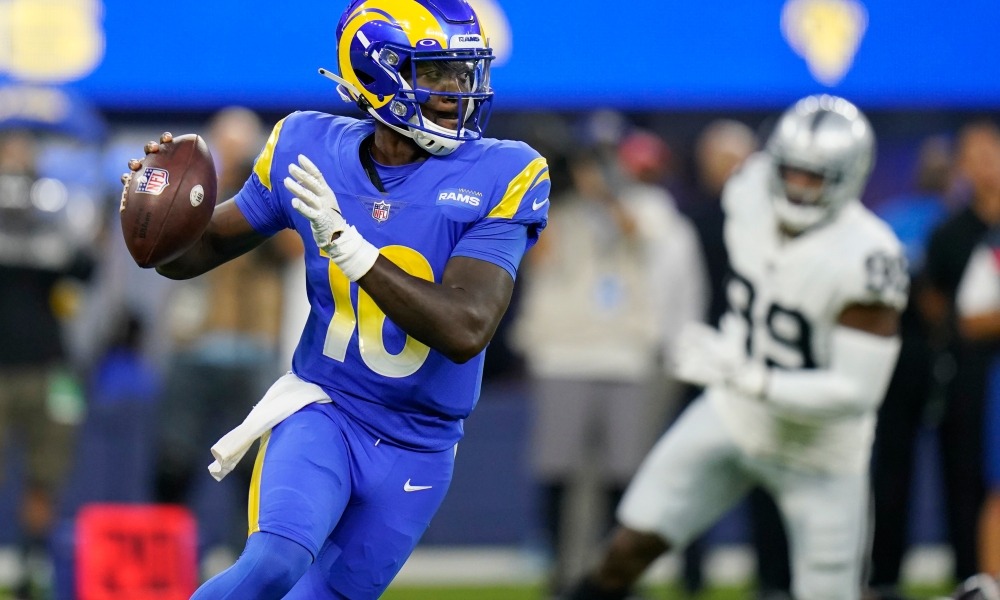 Not familiar with the name? Good, either will many in your league. Perkins is a true dual-threat QB that is hiding on the Rams depth chart. He threw for over 6,000 yards in 2 years at UVA while amassing 47 passing touchdowns. He also ran for over 1,600 yards in that time with 20 rushing touchdowns. I will admit this is a deep cut, but he’s cut in a similar mold of Jalen Hurts and that’s a lottery ticket worth the risk. 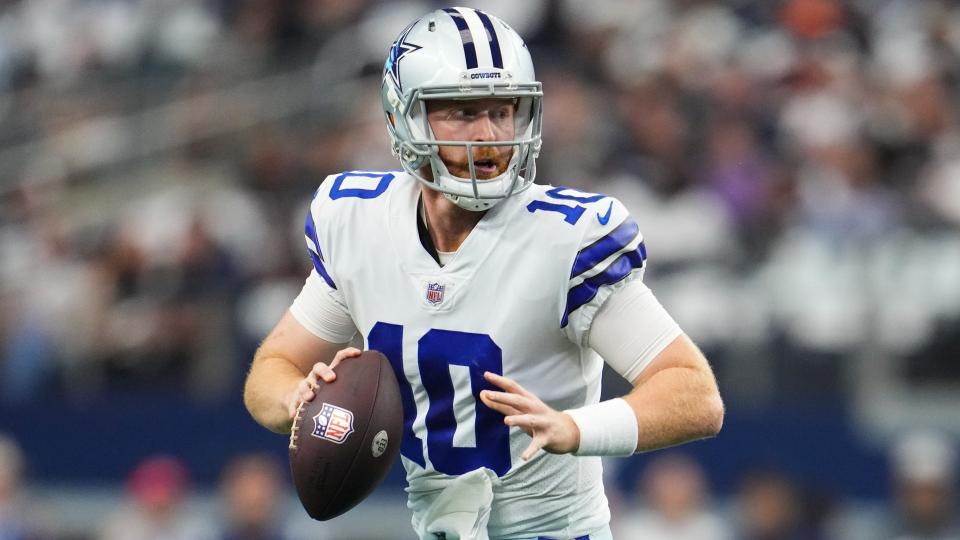 Rostering Cooper Rush now is predicated on him finding a new home. He showed well in replacing Dak Prescott at the beginning of the season. However, he didn't overwhelm the league either. He is another example of a bridge QB; similar to Matt Schaub or Matt Flynn. In his stint replacing Prescott, Rush had over 1,000 yards passing with a QB rating over 80.0. Dallas will find it hard to find a better QB2, but if a team makes the right offer, Dallas will be hard-pressed to not trade him. He’s worth the stash now in the hopes he is traded to a team that needs a short-term starter. He’s another player, like Gardner Minshew, that can perform with the opportunity to play. Don’t be too late waiting for the role to already be established.

I wrote an article on the Falcons during the preseason comparing Marcus Mariota and Desmond Ridder(https://dynastyprosfootball.com/game-of-thrones-atlanta-falcons/). And, at this point, that article has been right on the button. Mariota has played well enough to be the QB1 in Atlanta. And the Falcons are leading the NFC South. So, a QB change is not on the horizon. That bodes well for Ridder. If the Falcons continue to play just well enough to be in contention, Atlanta will not be in a position to draft one of the top tier QBs entering the draft in 2023. That’s where Ridder benefits. At some point, the Falcons will have to find a long term solution at QB and Ridder may (or may not) be that answer. Ridder showed glimpses during preseason that may warrant the Falcons giving him a true opportunity at the QB1 spot. If he is already on another roster, make a subtle trade offer to see how much the other manager wants to hold on to him. I would start with a 4th round rookie pick and go from there.

Mullens is comparable to Rush and Minshew. They are career backups that had opportunities to play and had some positive results. Being the primary backup to Kirk Cousins, and access to weapons like Justin Jefferson and TJ Hockenson, Mullens will prove valuable if given the chance to start. The Vikings are a good team with deep playoff aspirations. As a former fill-in, Mullens has over 26 touchdown passes with over 4,800 passing yards. He has proven as a solid #2 and is a great “deep” insurance policy on dynasty teams that don’t have a lot of depth at QB. This is especially true for any manager that has Kirk Cousins as a primary QB player.

Mike White was pushed aside at the beginning of this year as the Jets added Joe Flacco to be the starter during Zach Wilson’s injury time. However, if you haven’t noticed (i will for you), Mike White is the primary backup now that Zach Wilson is back under center. In fill in time last year, White completed 67% of his passes for 953 yards. Although he threw more interceptions than touchdowns, he was working with a Jets team that was not very good. The team is better this year, and if the opportunity presents itself, White may prove to be a valuable low end starter in super flex leagues.

These takes are all predicated on something “not so good” happening to the starter or a change in team occurs. I am not advising to roster these players over players that currently start. Instead, in deep dynasty leagues with a plethora of bench spots, these players may prove useful if needed. Last year, I added PJ Walker and stashed him. Now, I have a low end starter on a team that didn’t require resources to get him. Dynasty football is a “long” game and the teams that focus on this year alone will be certain to struggle in the future.