Wow! Can this offseason get any crazier? There seems to be a trade, signing, or crazy rumor at all times right now. If you blink, you may miss something. The Kansas City Chiefs are a team that hasn’t been left out. They seem to be tied to every big free agent or some kind of rumor. They recently signed JuJu Smith-Schuster which I thought could cut into Hill’s production slightly, but now comes the BIG NEWS: Tyreek has been traded to the Miami Dolphins for multiple draft picks. 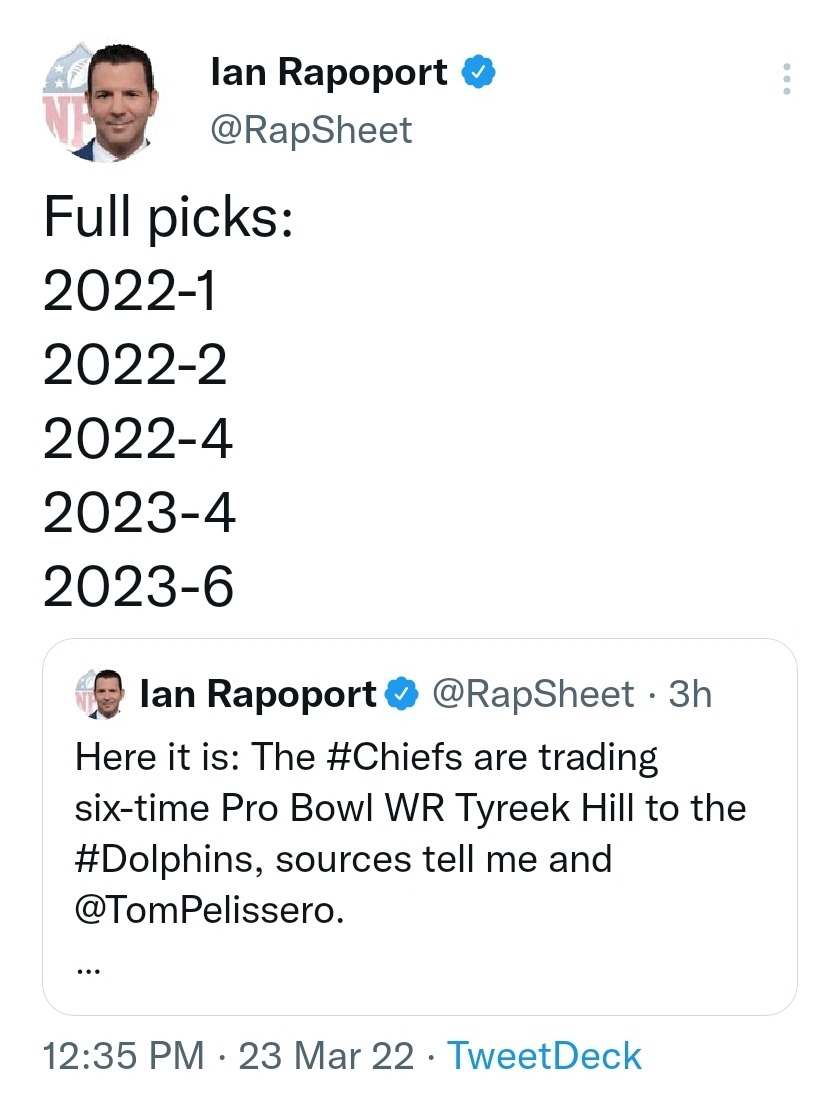 So this poses the question: What do we do with Tyreek Hill in Dynasty? Do we buy, sell, or hold?

Tyreek has dominated for several years now with Mahomes slinging him the rock, but he has a new quarterback and a new system to learn. Will he be used the same way he was in Kansas City? That’s a big question.

Tua Tagovailoa can’t sneeze without someone judging him, and for good reason. Miami has invested a lot into Tua as their Franchise Quarterback. Tua has to feel the heat. Miami was trying to land Deshaun Watson for a long time with no success. That can’t be sitting well with Tua.. just ask Baker Mayfield. Miami has given Tua everything he needs to be successful. They’ve given him an elite Left Tackle and a Superstar Wide Receiver. Tua has been wildly inconsistent so far, and that scares me if I’m a Tyreek Hill owner.

One of my major concerns is that Tua Tagovailoa just does not have the arm strength to get the ball downfield to Tyreek. He will try, but I feel he will underthrow Tyreek too much. Let’s face it.. Most of Tyreek’s production came from chunk plays. Patrick Mahomes threw a lot of homeruns to the man. Mahomes would make amazing plays on a weekly basis by escaping a blitz or pass rush, scramble for a few seconds, and chuck the ball downfield to Tyreek for a huge play. This seemed to happen every single week. Tua Tagovailoa is no Patrick Mahomes, so I just can’t see Tyreek putting up those kinds of numbers again. 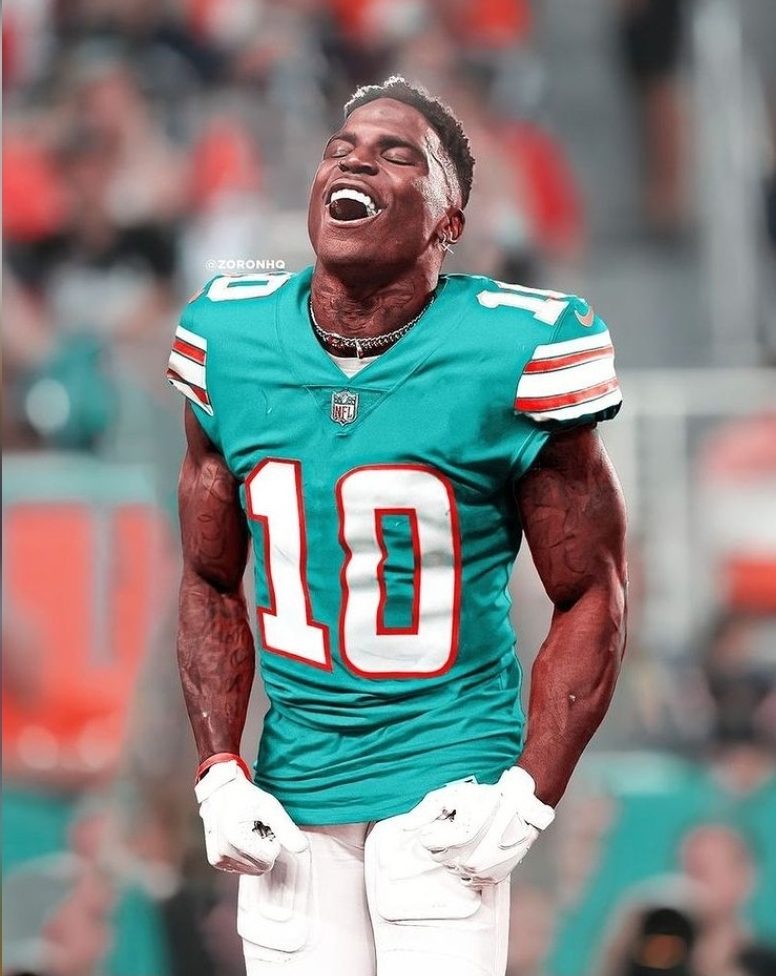 Tyreek Hill owners are in a panic right now. They have no idea what to do with him. I’m seeing a flurry of activity with Tyreek in my Dynasty Leagues already. These are my thoughts on why you should look into buying Tyreek right now.

You can get him at a discount

I’ve already seen a dynasty trade today that sent Tyreek to the other team for two 2nd round rookie picks. I’d take Tyreek all day at that price, maybe even a late 1st if I had a need at WR. Whatever the price for Tyreek is, it’s definitely a lot lower than it was this time yesterday. Tyreek’s production takes a hit no doubt, but he will still put up some numbers that could help your fantasy team. You shouldn’t be eliminating him altogether.

Listen.. Tyreek is still going to produce. He most likely will not produce the same numbers as he did in Kansas City, but produce nonetheless. With the money he’s making, Miami is going to target him often. I see a lot of screen plays for him which are easy PPR points. I could see him getting between 7-10 targets a game which could lead to around 5 rec per game. You multiply 5 x 17 games, and that’s 85 receptions. If this happens, how could he not flirt with 1,000 yards? Heck, Jaylen Waddle had 104 recs and 1015 yards in this offense last season. I’d take that any day.

As much as I like to buy players at a discount, I’m just too concerned on what to expect from Tyreek. The combination of Jaylen Waddle, Mike Gesicki, and Cedrick Wilson makes me doubt that Tyreek will be a WR1 ever again. You combine that with his poor character, and I could see Tyreek blowing up and becoming a problem for Miami down the road. In the end, there's just way too many questions and concerns to rely on Tyreek Hill being a weekly start in fantasy.