Legendary is not a word to be tossed around lightly.  It’s often overused with words like goat, hall of famer and simply the best.  All of these words have been attributed to Travis Kelce at one time or another.  Whether it be in real life or any fantasy format, if Travis Kelce is on your squad, his opponents are nervous.

Despite all his success, Travis Kelce like many others simply cannot stay at the top forever.  That being said, despite his age and wear and tear, Kelce remains near the top of the perennial tight end ranks.  How long will he stay atop the tight end mountain?

This problem plagues not just football players, but mankind alike.  Simply put, everyone ages and no one is impervious to Father Time.  Kelce has been a mainstay at the top of the tight end ranks for years, literally.  Since taking over the top spot from Gronkowski years ago, no one has even come close to threatening his crown.  This couldn’t last forever and we’d be foolish to not see the chance of a decline.

In start up leagues, particularly non dynasty, the fall off isn’t as drastic, but in established dynasty leagues, it’s much more severe.  Ever since 2017, Kelce has been at the top or near the top in rankings, but this upcoming season, it’s different.  The mighty Mark Andrews and Kyle Pitts are ahead on virtually everyone’s list and there are a couple more ahead on some.  He’s still great, but for how much longer? 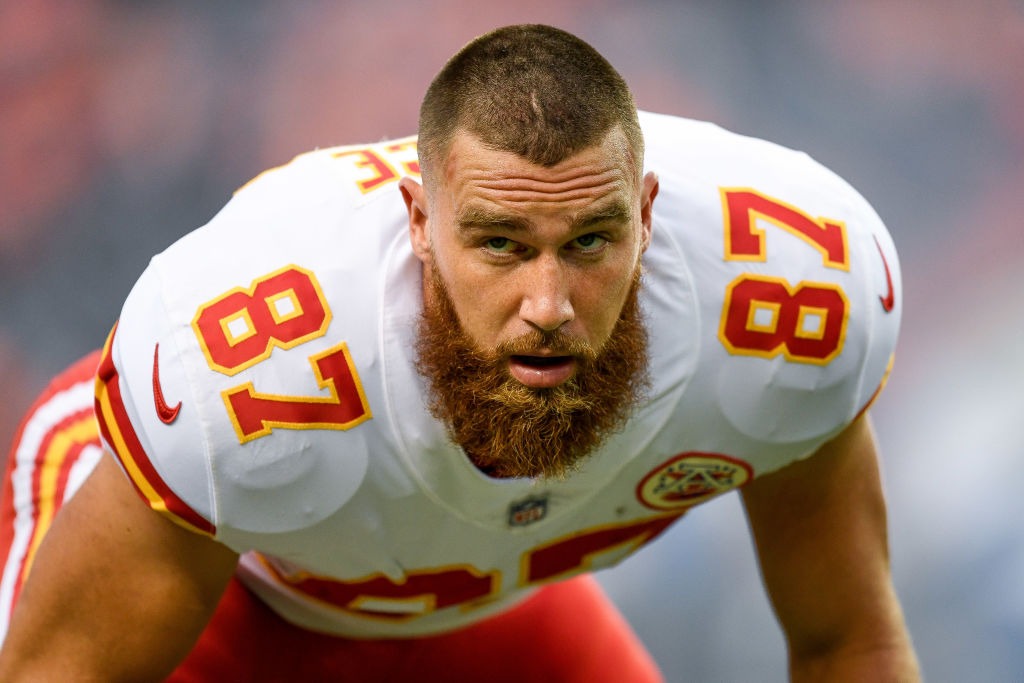 While it’s true that Kelce is aging, his regression has been incredibly slow.  Despite being 32, he doesn’t look like it.  No one can fault him for not repeating his historic season of 2020, but even last season was simply astonishing.  There are abnormalities and you have to wonder if people are selling him short just because he’s 32.

I can’t recall a single tight end that has reigned as tight end number one for so long.  Even more amazing is that he can be trusted to be on the field each and every game.  Since 2014, he has missed a grand total of three games.  This level of health is unheard of, especially in such a physical position.  Unbelievable in an understatement.

Here are some numbers that are insane.  In the past six seasons, Travis Kelce has not finished under 1000 yards.  His entire career, he has never dipped below 12 yards per reception.  Since 2015, Kelce has never had less than 100 receptions in a season.  He’s also had more than 80 targets six times and double digit touchdowns more than once.  If there is a more consistent tight end in history, the list is virtually non existent.

Travis Kelce is built different.  He’s already sixth in receiving yards in National Football League history.  The two guys at the top have played twice the amount of career games that Kelce has.  So to say he doesn’t have many years left is ignorant and downright disrespectful.  The same people were telling us to sell Brady six years ago.

The value that comes with the name Travis Kelce is unmatched at his position.  There is the new hotness in the form of names like Pitts and Andrews, but we have to wonder if it will last.  I must say, however, despite his greatness and continuing path to excellence, the fantasy community is becoming blind to his value.  Illogical perceptions have made some people lose sight of reality.  And due to this, he is way cheaper than he should be.