The NFL draft is rapidly approaching. This year, there is a stacked wide receiver class that is about to enter the NFL. Some of these guys like Garrett Wilson, Treylon Burks, Drake London, Chris Olave, and Jameson Williams will become fantasy studs - but a few of them are bound to bust. Most of the time with 1st round draft picks, my strategy is to trade them for players that have already broken out to completely avoid a bust pick. One guy that I have been seeing get traded around for 1st round picks often (including myself) has been Bengals WR, Tee Higgins.

But what about Ja’Marr Chase? Isn’t he the WR1 on the Bengals? Yes, yes he is. In fact, he is the consensus WR #1 in most dynasty rankings. Due to Chase’s price being so high, value might be found in his counterpart. Let’s break down Tee Higgins to see if he should be a

The Cincinnati Bengals are an up and coming team as they just had their first Super Bowl appearance since 1988. Quarterback Joe Burrow is a star in the making, throwing over 4,600 yards and 34 touchdowns in 2021. The Bengals have made a point in free agency to protect Burrow, which has been a main concern since he was drafted. With offensive line signings such as OT La’el Collins, OG Alex Cappa, and C Ted Karras, Burrow should feel more comfortable in the pocket and be able to have time to get the ball out quickly and accurately. This can only benefit his receivers. The Bengals offense is trending in the right direction, making Tee Higgins situation feel safe as we know they have a franchise QB that they are building around.

Tee Higgins broke out his rookie season in 2020 scoring 194 fantasy points in PPR leagues with 108 targets and 67 receptions. These are pretty solid numbers for just a 21 year old rookie WR. Dynasty managers were comfortable with his position, until the Bengals took Ja’Marr Chase 5th overall in 2021. Being a WR2 on a team lowers value to fantasy managers as they believe the WR1 will take away volume and “steal targets” from them. This isn’t always the case.

With Chase being added to the Bengals, Higgins' targets in 2021 actually increased from 2020, all while playing two less games due to minor injury. Chase is obviously a huge deep threat, which actually opens up targets underneath for Higgins to grab. From Week 12 on, Higgins had 50 targets, and Chase had less at 45.

As the 2021 season progressed, Higgins' efficiency only got better. From Week 12 forward, Higgins average depth of target was 12.57 yards. This is actually higher than Chase’s average depth of target, who is supposedly the one to stretch the field. Once Tee catches the ball, he gets down field quickly. Higgins’ average yards per catch after Week 12 was an astonishing 17.58 yards, compared to Chase’s 13.97.

In Week 16, Higgins scored a whopping 43.4 points and had 13 targets with 12 receptions for 194 yards and two touchdowns. This gives you a glimpse of his ceiling even while being considered the WR2 on the team. To prove even further that Chase doesn’t have a huge effect on Higgins - Chase had 19.5 points on 125 yards in that same week. They can both have top WR numbers in the same game. 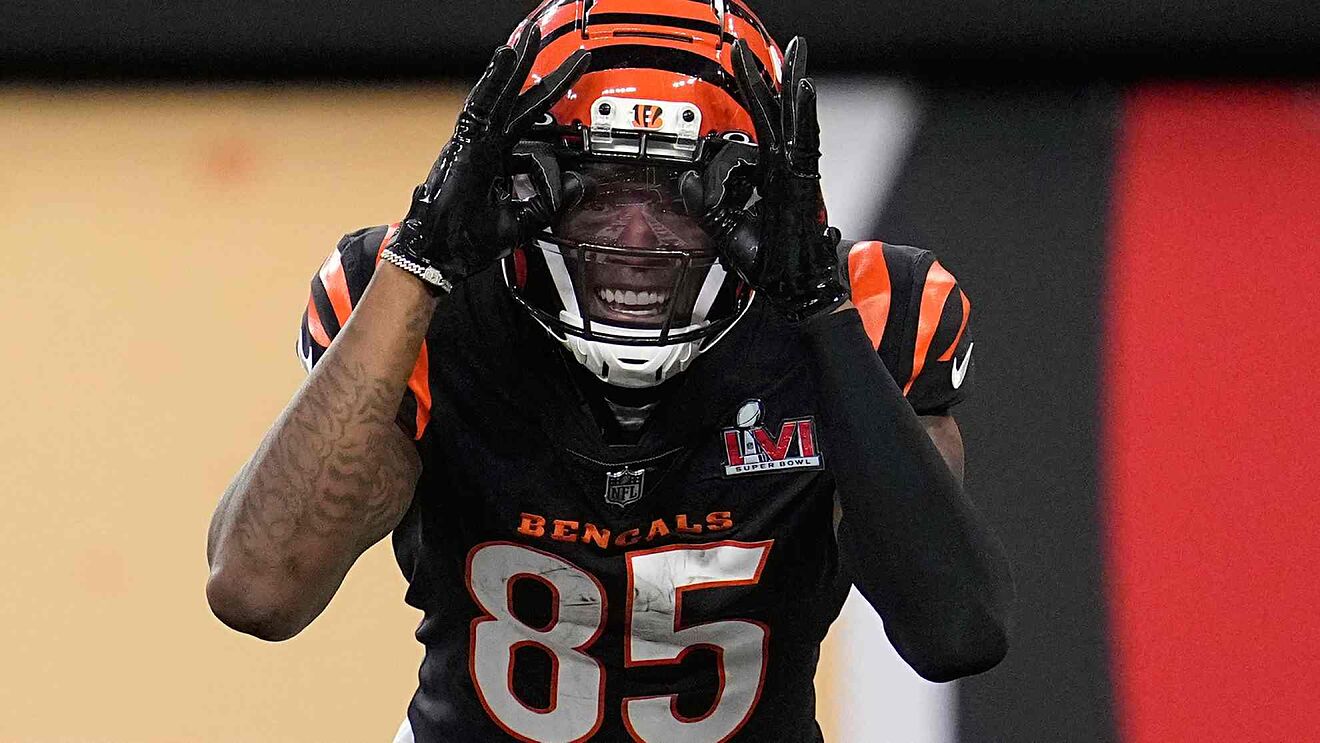 While Tee is efficient, he doesn’t see the field 100% of the time. Higgins snap count did increase throughout the 2021 season ranging from a mere 57% up to 87%. This shouldn’t be a huge red flag, but other top receivers can play close to 95% of the snaps. For now, we can not expect him to be an every down receiver.

Touchdowns are a big part of scoring in fantasy football. Higgins scored 6 touchdowns in 2021, with only 4 of them coming in the Red Zone. You can’t expect Tee to be a Mike Evans type and be a touchdown machine - however he did have 15 targets in the Red Zone which ranks 39th overall in the NFL in 2021. This is yet again ahead of Ja’Marr Chase (44th), but still not a satisfying statistic. With the Bengals building a solid offense, I only see Red Zone opportunities increasing for all Bengals receivers, but we have to temper expectations with Joe Mixon taking a decent amount of carries near the goal line.

While there aren't too many reasons to sell Higgins based on his performance, his consensus ranking and dynasty value can make a case to sell. Higgins is listed as a top 12 receiver in most of the top viewed dynasty rankings, however he finished as the WR #24 in PPR leagues. This means you can sell Higgins for someone that historically scores more points than him, plus some additional pieces. For example, Keenan Allen outscored Higgins in 2021, but most managers would probably give him and a 2nd round rookie pick for Higgins. While I don’t think Tee is overvalued, if you need to expand your team at other positions he can be sold at a premium for some valuable pieces.

As you can see, Dynasty managers should not at all be concerned with Ja’Marr Chase taking away volume from Tee Higgins. He is a stand alone receiver on the Bengals that had higher efficiency numbers than Chase, and if anything should be considered the 1B to Chase’s 1A. The Bengals offense is set to explode yet again in 2022 with Burrow leading the helm. Higgins’ only pain points are with snap count and touchdowns, which could easily increase this season. While the price may be high (but fair), Higgins value will only increase from now on. Now is the time to buy Higgins. My money is where my mouth is - I traded 1.10 and a ‘23 1st for him last month, and I have seen him go for even higher than that in other leagues.