Approaching his tenth season in the league, Woods faces an uphill battle recovering from a torn ACL and has an out on his contract for the 2022 season! This injury isn’t as scary as it used to be with today’s miracles in modern medicine. I think he recovers and is back on the field by training camp or early season? He’s totaled 125 games in 9 seasons with 570 catches on 897 targets. Also amassing 7,077 yards and 35 touchdowns with a 12.4 YPC average. Not too shabby for a former USC Trojan product? Ok so the numbers aren’t WR1 but he’s been a staple WR2 with consistency and hasn’t really missed a lot of time to injuries. For that kind of production, I'm pretty pleased and the price tag would be fairly cheap for a contending team to add for depth.

NFL is a Business

The fact that the Rams have gone for broke and paid a lot for free agents this past season is not typically what franchises do? It’s unlikely that they bring back OBJ, so he can come back without losing a ton of targets, except for Kupp, but Woods plays the outside across from Van jefferson,

who seems to be coming into his own! With all that said I still think there’s room for Woods to put up WR2 numbers, provided he remains with the Rams! OBJ is dealing with a torn ACL himself and is an unrestricted free agent in 2022. They could look to the draft to fill the vacancy at WR because beyond those 3 mentioned it’s roster fodder in my opinion. The Rams should have the money to keep him if Aaron Donald, Von Miller, OBJ and Andrew Whitworth are gone?

If the Rams don’t bring him back, where could he land and how will that all work out? Not a major crisis, as there are plenty of teams that need experienced help at wide receiver and a reunion with the Bills would be really nice? I’m sure he won’t settle for a bad team, again someone looking for the last piece to take them where they want to be? Either way I think Woods can still be a valuable asset to a franchise looking to get better at the position. 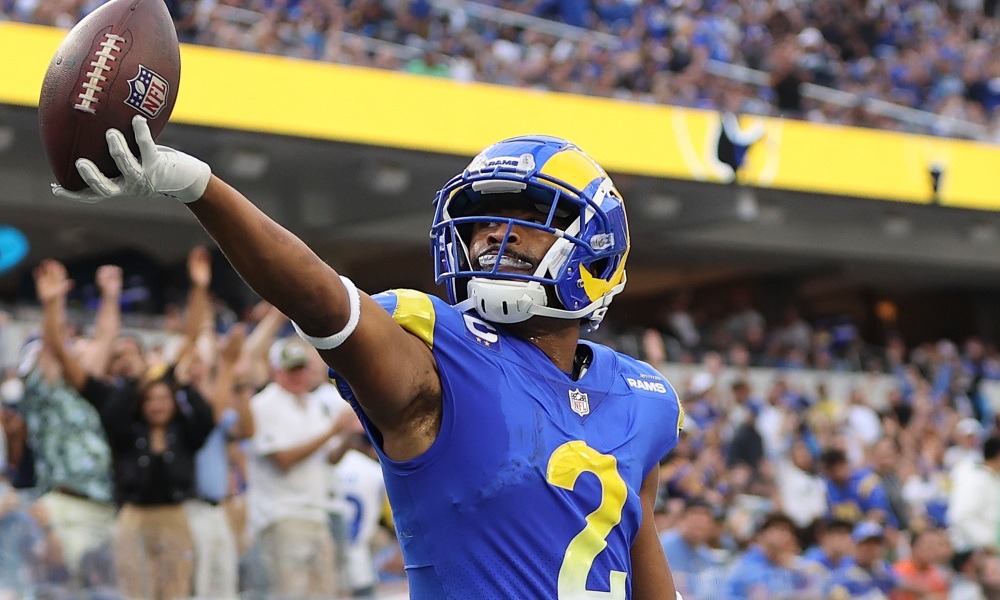 At some point all players fall off some or as they say, lose a step! For Woods losing a step could be detrimental to his game because he’s not a speedster to begin with. He’s a prototypical possession receiver that delivers when called upon and losing a step could kill that! So I’m looking to sell him for maybe a second round pick or a young player on the fringe of becoming a relevant player in the fantasy world like Mecole Hardman, Tyler Johnson or KJ Hamler just to name a few.

Here’s a decent NFL talent that’s had a nice career with 2 different teams and if you’re pondering trading him to get younger now’s the time to get something in return before he becomes a droppable player! Yeah you might get another year of solid production out of him but that’s about it, whether he stays or goes! Taking a chance on him remains risky due to age and his latest injury! Look to sell to contending teams that don’t care about losing a second rounder for him because they need depth to win the Ship!