As we wait eagerly for the NFL season to start anew, many have nothing to do but twiddle their thumbs.  We in the dynasty community, however, never rest in our quest for glory.  With the constant ebb and flow of the off season, many names have swapped teams, making their value change.  And while some players are easier to assess than others, there are a few that can be quite mind boggling to figure out their worth.  Moving from Aaron Rodgers to Patrick Mahomes, Marquez Valdes-Scantling is one of these.

Marquez Valdes-Scantling has been somewhat disappointing in dynasty to be honest.  Always having a chance to be the second choice for Aaron Rodgers, he never seemed to grasp the great opportunity given to him.  While he had been there longer and should have been more trusted, others always seemed to grab the low hanging fruit, leaving MVS owners frustrated and often cutting their losses.  With the move to Kansas City, can we really expect him to break this mold of perennial underachievement?

Never at the Top

Marquez Valdes-Scantling is heading into his fifth season and has never had more than 38 receptions in a season.  In case that didn’t sink in, his career equates to 30 receptions per season.  Add to that, he was catching balls from whom some consider the best quarterback in the game today, it’s a little tough to expect him to succeed now with a new offense and uncharted waters.  His touchdowns were also undesirable, at 13 in four seasons.  It’s possible that we’ve seen all he can do at the professional level.

If his stats weren’t appalling enough before, it’s even worse when you consider he only catches about half the balls thrown his way.  In four years, he’s yet to have a catch rate of 53% or better.  And it can’t be understated that he was catching balls from Aaron Rodgers.  We can forgive some stars who are receivers on terrible teams with less than accurate quarterbacks, but it’s hard to swallow these facts.  While it’s true his chances may change under Andy Reid and Patrick Mahomes, it’s tough to believe it.  If MVS is on your squad, it’s hard to trust him even in a best ball format, let alone a dynasty team. 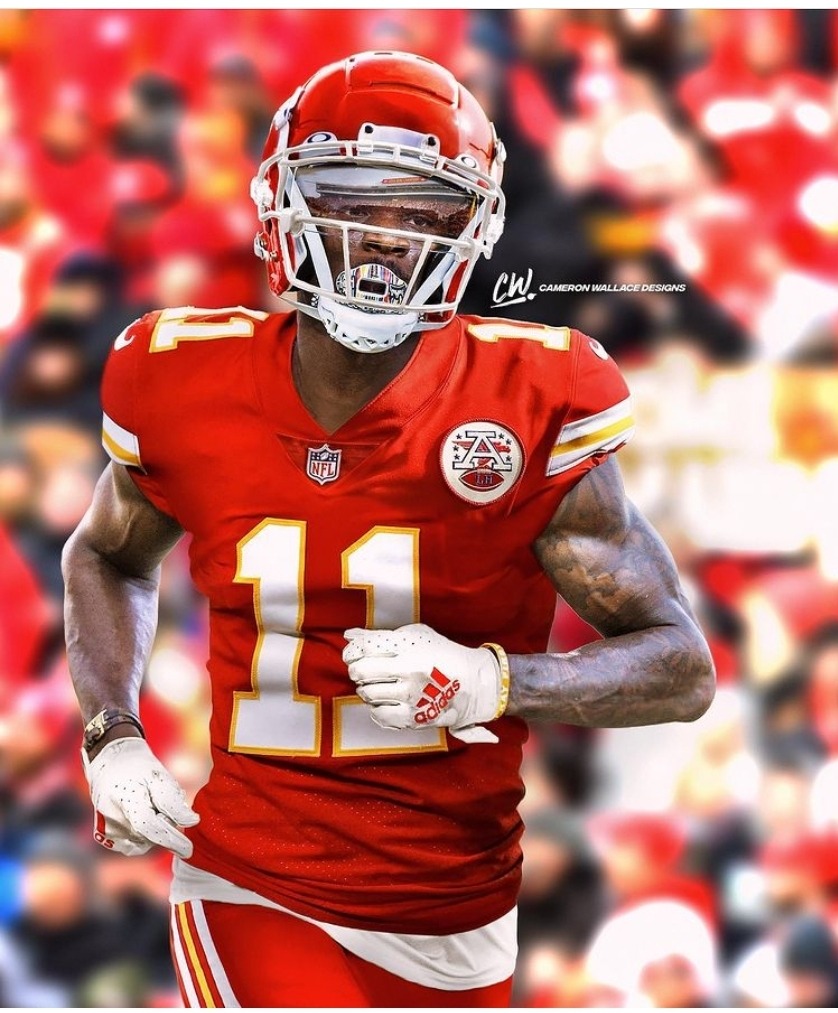 While it’s true that the National Football League hasn’t been too kind to MVS, it’s not like he isn’t talented.  After all, the number of players who make it are scarce and the number of players who can last even four seasons are even fewer.  In South Florida, MVS showed what he could do, scoring 7 touchdowns in 12 games and a respectable 73 yards per game.  In Green Bay, it didn’t go the best, but can he shine for the Chiefs?

Statistics can be deceiving.  Yards, touchdowns and even catch rate are only relevant if you understand the schemes and opportunities that spawned them.  Sure, Valdes-Scantling could have done better, but when you are a deep threat specialist, there is a higher probability of a missed catch than that of a slot receiver.  While he’s had drop issues in the past, it’s all more likely with a cornerback hanging over your shoulder.  It doesn’t hurt either that he led the league in yards per catch before and he’s now catching from who many consider the one of the best arms in the game today.

With Tyreek Hill no longer calling Kansas City home, one of the league’s biggest roles must be filled.  The Cheetah really could do it all and he did for Andy Reid, but one of the best parts to his game was his speed and deep threat ability.  While fellow new signing JuJu Smith-Schuster has been anointed by many as the replacement, he doesn’t have the deep threat ability that MVS does.  The scheme for the Chiefs is much more friendly to the style of game that Valdes-Scantling has than it was for the Packers.

In truth, before the off season, Marquez Valdes-Scantling had little to no dynasty value.  Only once Davonte Adams left did air be wooshed into the sails of MVS.  And now that he has moved on to Kansas City, you can argue that his value has never been higher.  I actually inherited a team recently with him on it.  And while I was wanting to hold him for a bit, I relented and rightfully so.  A package was made and a deal was done.

Although he should do much better, he’s never going to be that top tier talent, let alone a consistent WR3.  If there is a deal to be made when his value is at its best, you simply have to move on it before the season starts.  With all the excitement of possibly the busiest offseason ever, dynasty owners are more active than ever.  Now’s the time.