When describing the rich smorgasbord that is dynasty fantasy football, there are many words that come to mind.  Thrilling, exciting and jaw-dropping can be easily surmised, but disappointing, soul crushing and depressing can be equally true.  All the same, we keep coming back for more.  One word that should be on the forefront is intriguing.  The game is truly intriguing because it comes with dilemmas and heart wrenching choices every year when managers need to run their team.  Since he’s come onto the scene, JuJu Smith-Schuster is one that most everyone has an opinion on.  The question is, which opinion should we have on him that will lead to success in the coming seasons?

JuJu Smith-Schuster not only did well his rookie season, he flat out dominated.  And the next year, he crushed it even more, as the 22 year old lit the league on fire.  Since then, he’s by all standards fallen out of his lofty perch, straight down to the depths of fantasy despair.  Not only did he miss most of the year last season, now he moves on to a new team with a new scheme.  Can he possibly do any better with the changes?

From 2013-2017, Antonio Brown reigned supreme among fantasy wide receivers.  One of the best receivers of his generation, Brown won many titles for managers in all formats.  In 2018, Brown had little competition to start the year as Big Ben’s top option, save the appearance of an extremely green, wide eyed Smith-Schuster.  That year and the following, JuJu took enough focus off Brown to be a viable number one option, but that was the closest he’d get.  With many managers selling the farm at the chance to own him, he rewarded them with only 12 touchdowns in three years and not breaking 850 yards even once.  Needless to say, JuJu hasn’t instilled faith since 2018.

Andy Reid is an amazing coach and that’s pretty much a fact to most.  When considering fantasy points, this could be argued differently.  In a bizarre fact, Andy Reid was the only coach since 1964 to have none of his wide receivers catch a touchdown all year.  It’s also insane when you look at how his “second” wide receiver has fared.  In his NFL career, even before the Chiefs, he has only had one second option at wide receiver to finish inside the top thirty in a fantasy season.  And, JuJu hasn’t even been technically named the second WR yet.  If history is an indicator, it doesn’t look good. 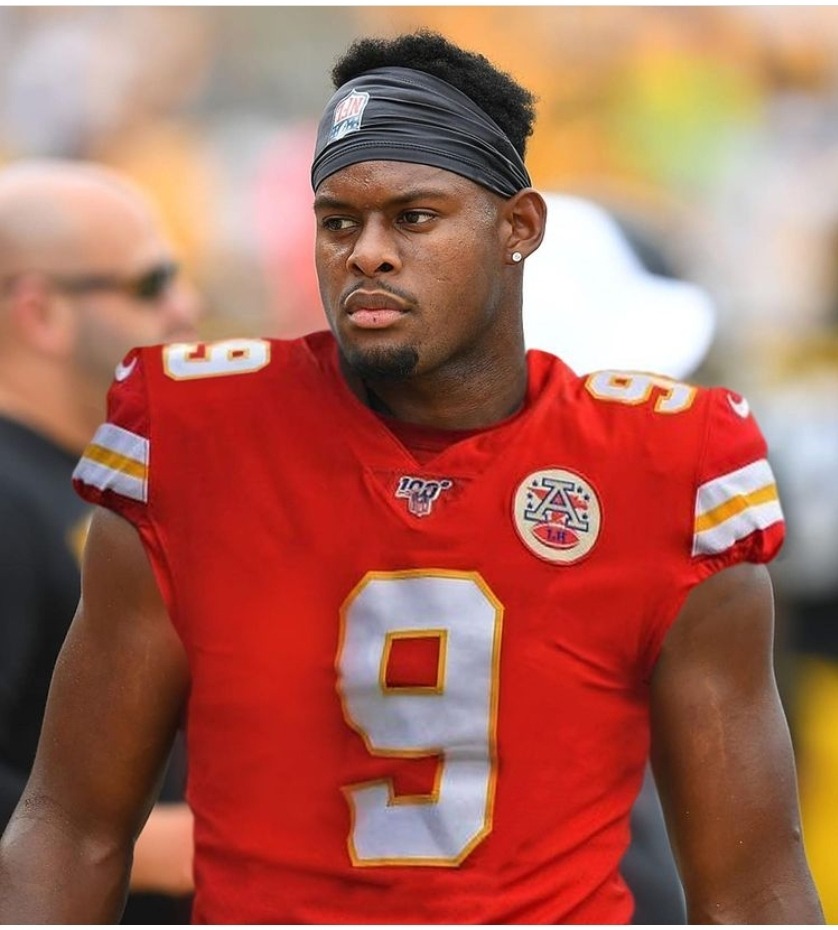 Above all, talent reigns supreme.  Among all the truthers and haters, most can agree that JuJu Smith-Schuster is talented.  With the size, speed and hands that you look for in a professional football wide receiver profile, the USC product has all the necessary tools to bounce back.  And while he hasn’t played the best lately, there weren’t too many success stories in the last couple years in Pittsburgh.  With the chance to begin anew and write new history for himself, the dynamic pass catcher is looking forward to blazing new trails of glory.  Will you be a part of his story moving forward?

Playing With the Best

I am one of the biggest Ben Roethlisberger fans out there.  When I rank the all time greats, he’s way up there and I consider it a privilege to have watched so many of his games.  That being said, for the last couple of years, his legacy became slightly tarnished with his poor vision and lack of arm strength.  While JuJu suffered in the past few seasons with Big Ben, he now moves on to who many consider the best in the game today, in Mahomes.  With the biggest upgrade you can get, it simply doesn’t seem possible for JuJu to fail.  Add to that, in Pittsburgh he was in a three headed monster of a wide receiver core.  In Kansas City, the competition for second fiddle is much lower.

He’s Been There Before

Listen, I know it was three seasons ago, but so many people have forgotten just how good JuJu was in 2018.  And if you ignore his injury riddled season last year, some of his stats were even better than his monster year.  And, if you are super sleuthy, you would notice his usage changed greatly.  In 2018, he was utilized much more for stretch plays and as an outside burner.  As Ben struggled to be himself, JuJu’s role was changed to a short flip play style of receiver and his fantasy points suffered.  It’s important to note that his drops and catch percentage both improved, despite the lack of usage for the plays that fantasy managers salivate to.

Truthfully, this is somewhat of a sore subject.  I was one of those fools who sold the farm in 2019, just to be destroyed all season.  On top of that, in dynasty, the investment has even greater depth as you don’t get to hit the reset button as you do in redraft.  I can’t help but grit my teeth and yell into a pillow as I think back to that year.  However, that’s not what an unbiased writer should do, so I will avoid such things.

Before the signing in Kansas City, I was preaching the value of JuJu Smith-Schuster.  If he stayed in Pittsburgh, he’d do better while healthy and with an improved quarterback, or if he moved, it’d still be an improved quarterback.  He’s also only 25, so there’s still not much dirt on the tire.  Ultimately, now the setting is more desirable than ever.  But that’s the problem.  Virtually everyone will share the same sentiment.  If it’s possible to get him at the same price as before, it’s a no brainer.  You simply have to jump at the chance.  I, however, don’t see a world where everyone hasn’t increased the price on JuJu.  And for that reason, there’s only one logical decision to make for Smith-Schuster.