In 2019, the then Oakland Raiders used their first round pick to select running back Josh Jacobs, out of Alabama.  When it comes to elite talent at the position in college, there aren’t too many programs better.  After pumping out names like Mark Ingram and King Derrick Henry, many had hoped Jacobs would follow their success.

People seem torn on Josh Jacobs value.  In one sense, he’s been a pretty consistent running back.  In another, he’s yet to show that next level that fantasy owners are looking for.  The advanced metrics don’t show him to be a beast.  So are we getting someone we can trust on our squad or just a middling player at the coveted position?

One could argue that Josh Jacobs is always one you can count on for something, but lacks the power or agility to blow up a game.  He never seems to be one to strap the team on his back and overpower the opposition.  At the position, consistency is nice, but we need someone who can be a true game changer.  In PPR settings, Jacobs only had two weeks in the top 10 at his position and he averaged out at the 18th best back in a weekly points finish metric.  These numbers aren’t eye popping to be certain.

A total of six backs rushed for the Las Vegas Raiders last season.  Josh’s opportunities were stolen by highly paid, Kenyan Drake, and even the lowly fill in Peyton Barber at times.  Although Barber isn’t much of a threat next season, Drake carries a cap hit of over 8 million dollars next season, and most of it is guaranteed.  He’s certain to vulture a number of touches, including pass catches, where PPR gold is cherished. 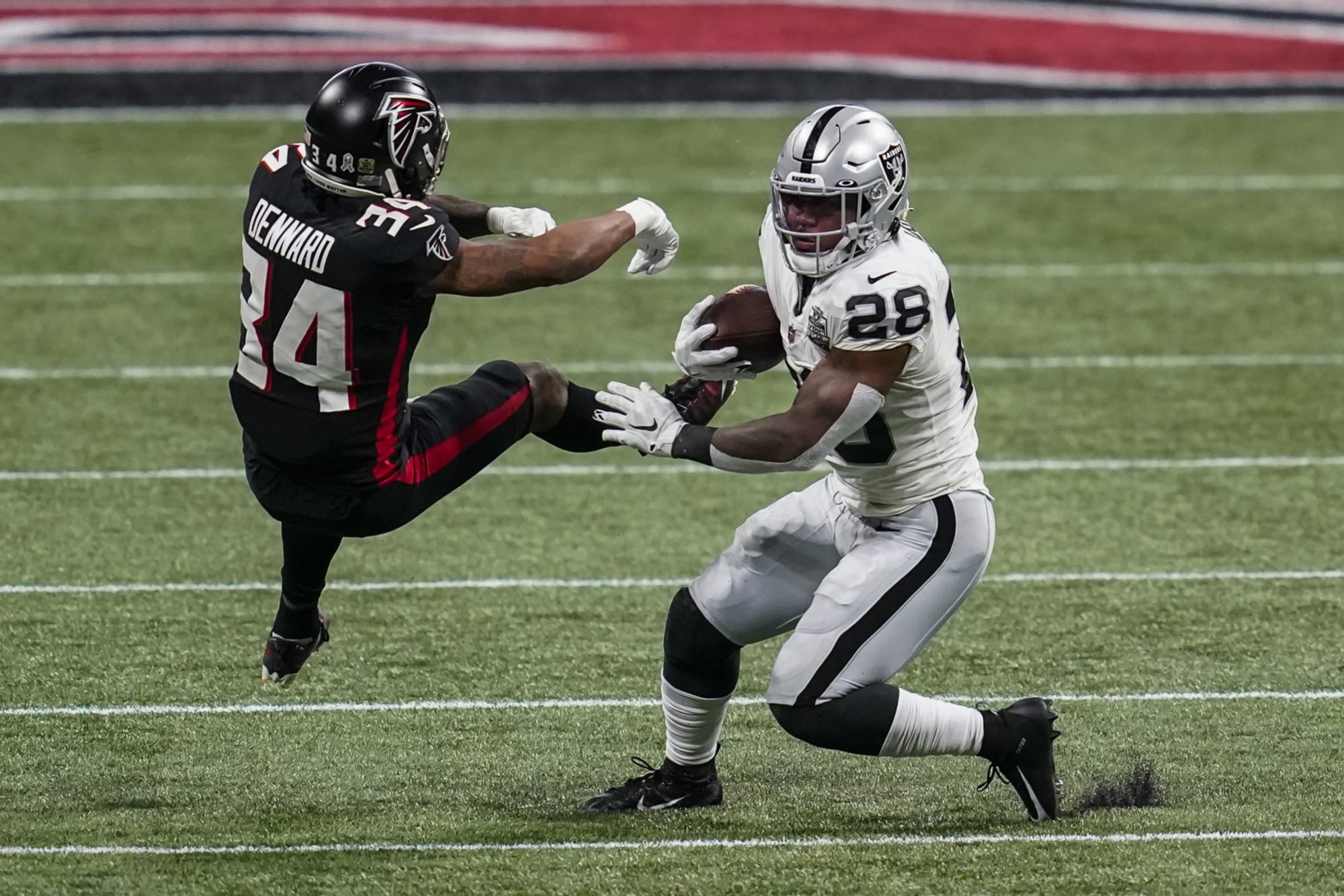 We have to understand the true value that Josh Jacobs brings to a team.  Not just in the points he will accrue, but in the job security, which is hard to come by as a running back.  There aren’t many cases of a first round running back not being featured.  Players like Ronald Jones and Rashaad Penny are exceptions, but even they showed value long after dynasty owners had written them off.  Long term value is the name of the game.

Although this statement sounds like a straight up lie, hear me out.  I can’t argue with the fact that his rushing numbers have gone down each year in the NFL.  What I can say is that his targets have gone up substantially each season, from 27 to 45 to 64 last season.  Also noteworthy is that his touchdown efficiency has also improved yearly.

It may be surprising to know that in a twelve team league, Josh Jacobs finished as an RB1 last year.  Even more shocking is how successful he was despite such a slow start.  Through week 11, he only averaged 9.8 rushes per game, but from week 12 on through the playoffs, the numbers went up to 17.6.  In the playoffs, it was even higher; at a whopping 19.5 per game.  Past week 11, he also averaged over 4.5 targets a game.

Josh Jacobs get a lot of hate.  He’s rarely seen as an RB1, let alone a top end RB2.  He’s also seen as a committee back, but is that really true?  Barber only had one game as starter and one sharing, never to go above 6 rushes otherwise.  And Drake only had one game over 8 rushes.  It’s fact that despite the slow start, he still finished 10th in opportunity share, 11th in carries and 9th in targets among running backs.

Throughout his career, although it doesn’t seem like it, his numbers show him to be an RB1.  The strong finish to the season, combined with better coaching and a playoff entry make this team, Jacobs included, hungrier than ever.  It’s time to see Jacobs for what he really is:  just what you want to lead your team to a fantasy championship.