As an undrafted free agent, James Robinson has faced long odds in his career. Making the roster as an undrafted free agent in and of itself is a great feat, but to make the roster and find yourself in a starting role does not happen much. James excelled in that starting role as a rookie gaining over a thousand yards, averaging 4.5 yards per carry while gaining another 344 yards through the air on 49 receptions and scoring 10 TD’s. He did all this on a bad team that earned the number 1 pick. Those are lofty stats for a fantasy running back, stats usually reserved for a player on a good offense. Seems if you were an NFL general manager, RB would be one position on the roster you didn’t have to worry about. The Jags are one of the league's most poorly run franchises, so drafting a 1st round RB when you already had a good young one is a good example of why bad teams stay bad.  When Jacksonville took Travis Etienne, it became just another obstacle for Robinson to overcome but as it worked out Etienne missed the entire season leaving the backfield to Robinson to again show his skills.

There are multiple reasons to sell and Etienne coming back from injury probably isn’t the biggest reason, it is the Achilles tear. Cam Akers coming back from this injury in the period of time he did was able to show the advancements in the surgery and his hard work and will. Akers' post season also showed reason to be pessimistic about his return as well as Robinson’s. Historically RB’s do not make it back from this injury, although a lot of RB’s with the skill that Robinson displayed in his short period of time have not had to overcome this injury.

The list of RB’s who have torn their Achilles is short and unimpressive. There was 1 exception in Arian Foster, the rest were fantasy irrelevant through the course of their careers. Foster happened to be 29 when his injury occurred which is already an age where RB’s historically are on the downside of their career already.

Each one of the players listed above either never came back to the league or their stats severely declined. Not to say this will be the case with Robinson, but the history of this injury is unfavorable. It usually takes 18 months to see if a player fully regains their form and would that be too late? Will that give Etienne a chance to take control of the backfield? Also, new Jacksonville coach Doug Pederson is working against him. During his time in Philly he never gave an RB more than 179 carries and had a committee approach to the position, which likely at best, would happen with a healthy Robinson and Etienne probably looking at a 50/50 split in a bad offense on a bad team. 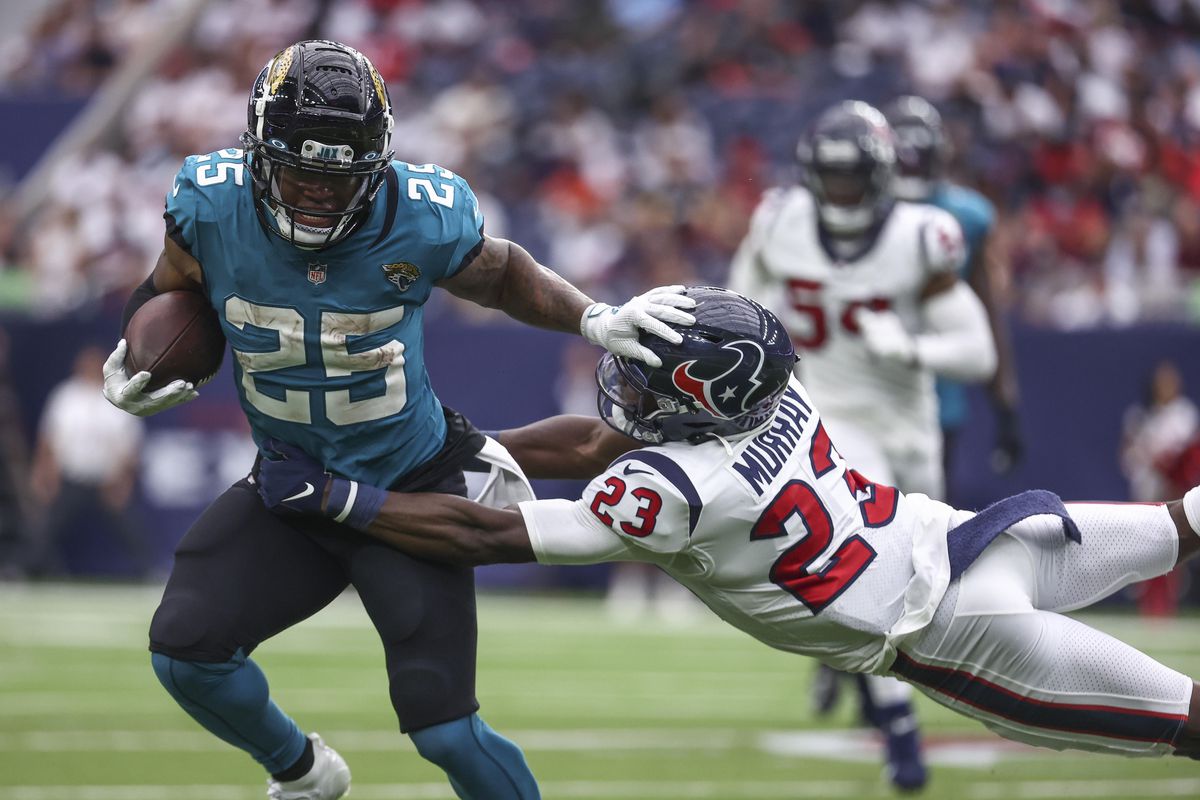 Why buy Robinson? The price and the fact he should still be the goal line back. Coming off this injury and for all the reasons above, you can probably get Robinson on the cheap in your league. If you are looking for RB depth you could do a lot worse. Robinson has two important factors on his side in dealing with this injury; youth and sustained success over his first year and a half in the league. Compared to the guys listed above, they did not have either one, the other or both in their quest to overcome this injury. Robinson was on his way to having a better season in year two, improving his yards per carry and yards per reception prior to the injury. He will still have a role in what should be an improved offense in year 2 of Trevor Lawrence under the guidance of Pederson.

If you are a Robinson owner, you have no other choice but to hold, unless you can get a deal you feel is valuable.  I would recommend selling but there probably won’t be a lot of buyers due to the injury as well as a new incoming coach. Even the buyers that are out there now won’t pay a rate that makes a lot of sense.