James Conner may be one of the single easiest NFL players to root for. He is a truly inspiring individual who especially stands out due to his extraordinary personal journey fighting a cancer diagnosis through his college years while still being a very productive player in the NFL. James Conner is now the top RB in the fantasy-friendly Arizona Cardinals offense but does exhibit a unique Dynasty Dilemma despite churning out an impressive 2021 campaign.

In the 2021 season, the Arizona Cardinals reached the playoffs for the first time since 2015. Due to the past seasons’ success and emergence of franchise QB Kyler Murray, Head Coach Kliff Kingsbury and General Manager Steve Keim were given contract extensions through the 2027 season. Amid this wave of positivity and stability surging through the Cardinals organization, Conner now stands alone at the top of the RB depth chart as he severely out-performed his initial 1-year “prove it” deal.

In the 2021 season Conner did play in a mostly part-time role but re-emerged as a fantasy football darling. Conner had a tremendous return on investment in single season leagues as he finished as an RB1 on the season, totaling 1,127 yards from scrimmage. Where he struggled in rushing efficiency, he made up for it with TDs and receiving work. He totaled 752 rushing yards on 202 rushing attempts with 15 TDs and caught 37 of 39 targets for 375 receiving yards and 3 TDs. He totaled a sub 50% snap share in 8 of his 15 games played. In the weeks that Chase Edmonds spent on IR (weeks 9-15), Conner averaged 78.5% snap share and averaged nearly 23 fantasy points per game.

Conner originally was slotted in to replace veteran RB Kenyan Drake as he was figured to serve a part-time role in the offense mixing in with Chase Edmonds. Now former teammate, Chase Edmonds hit the free agency market after the 2021 season and signed with the Miami Dolphins on a two-year deal. Conner, who was also set to hit the free agent market after the 2021 season returned to the Cardinals on a three-year deal! Sitting at the top of the depth chart with very little competition behind him (pre-2022 NFL draft), Conner enters the 2022 season as a high end RB2 option.

The Dynasty Dilemma with James Conner boils down to two main factors for me. The primary hesitation I have with Conner from the dynasty perspective is his age which could create potential longevity concerns. The secondary hesitation is the reality of the Cardinals roster and lack of depth at the RB position.

Conner will enter the 2022 season at 27 years old, which doesn’t exactly worry me for the short-term and more specifically for this upcoming season. However, the worry comes from what his role in the NFL will look like 2-3 years from now. As I debate action regarding dynasty roster management, my decisions are ultimately made through the lens of a three-year time frame. It is important to weigh the cost-benefit of what is best for your roster over that time. This is especially important if you are rebuilding or are a middling team looking to gain an edge to compete.

Conner’s impressive 2021 season presents a great opportunity to sell high. Outside of the games where he “had the keys to the car” with Edmonds on IR, the swell of TDs made his weeks’, which was phenomenal but difficult to ultimately rely on. Congratulations if you rode the Conner TD wave, it certainly was gnarly.

Right now, a player like Conner is most appealing to a purely contending team. Not just because of his age, but also because of the reality of the Cardinals roster as they currently sit very thin at the running back position behind Conner. I would not be surprised if the Cardinals prioritize the RB position in the 2022 NFL draft (or especially in the 2023 draft). This of course is a big if but depending on which RB they draft and when said RB is drafted, Conner’s three-year window of success (for your dynasty roster) could diminish even sooner than I am already skeptical of. I hope I am wrong because as I stated before he is a guy I will perpetually be rooting for.

The potential acquisition of James Conner forces a fantasy GM to be self-aware and question the true quality of their roster. The original question to answer is “How to decipher the decision of prioritizing short-term vs long-term roster optimization?” Answer: James Conner is essentially an optimal short-term buy while being a risky long-term option.

Conner is absolutely a buy for strong contending rosters that are primarily aiming to win in the current season. The cost benefit could likely pay off for that solid contending team where it wouldn’t pay off for a middling team with potential to contend and especially not a rebuilding roster since I struggle to see legitimate long-term value.

Realistically across an average 12-team dynasty league, there may only be 3-4 legitimate strong contending teams which would leave 8-9 teams as middling contenders or rebuilding rosters. Therefore, he ultimately is a SELL as the long-term risk is too great to acquire without the intention of winning it all in 2022. 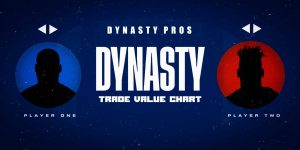 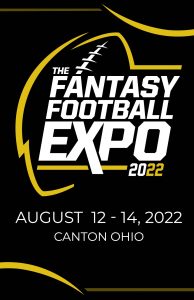 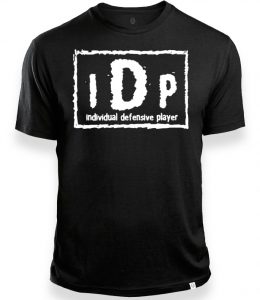