The preseason is finally here and in motion. For us in the dynasty community, this means our first chance to see the rookie prospects we have been talking about for the past six months. It gets hard to control our excitement whenever we get our first action with the shiny new toys from our rookie drafts. One of the players this season that has generated the most buzz this August is former Georgia Bulldog and current Pittsburgh Steeler WR George Pickens.

The upside of landing a young, high end WR, can put your dynasty team in a position to be a consistent contender. High end, young WRs like Jefferson, Chase, and Lamb are so expensive to acquire. The best time to get high potential WRs is now.. before they soar to an unattainable price. With that being said, this could be the last opportunity to buy Pickens with the price still reasonable.

Pickens athletic profile is that of a true alpha WR at the NFL level. The kind of prospect that normally goes early in your rookie drafts. When you watch his college tape you see a man amongst kids out there as he bullies DBs. His first preseason game gave us two highlights of him showing the same thing after a gorgeous toe tap in front of the back corner pylon and a block that sent the Seattle CB straight onto his back in a shameful manner.

There is a large correlation between draft capital and future fantasy success. Day two of the NFL Draft in particular, has always been a great source of fantasy production at the WR position. Selected with the 20th pick in the 2nd round as pick 52 overall to a team that has a proven track record of drafting the WR position is the kind of thing dynasty managers are looking for. A team that also has a history of handling players with more volatile personalities in the past. This landing spot might have been the best possible place for a personality like Pickens. 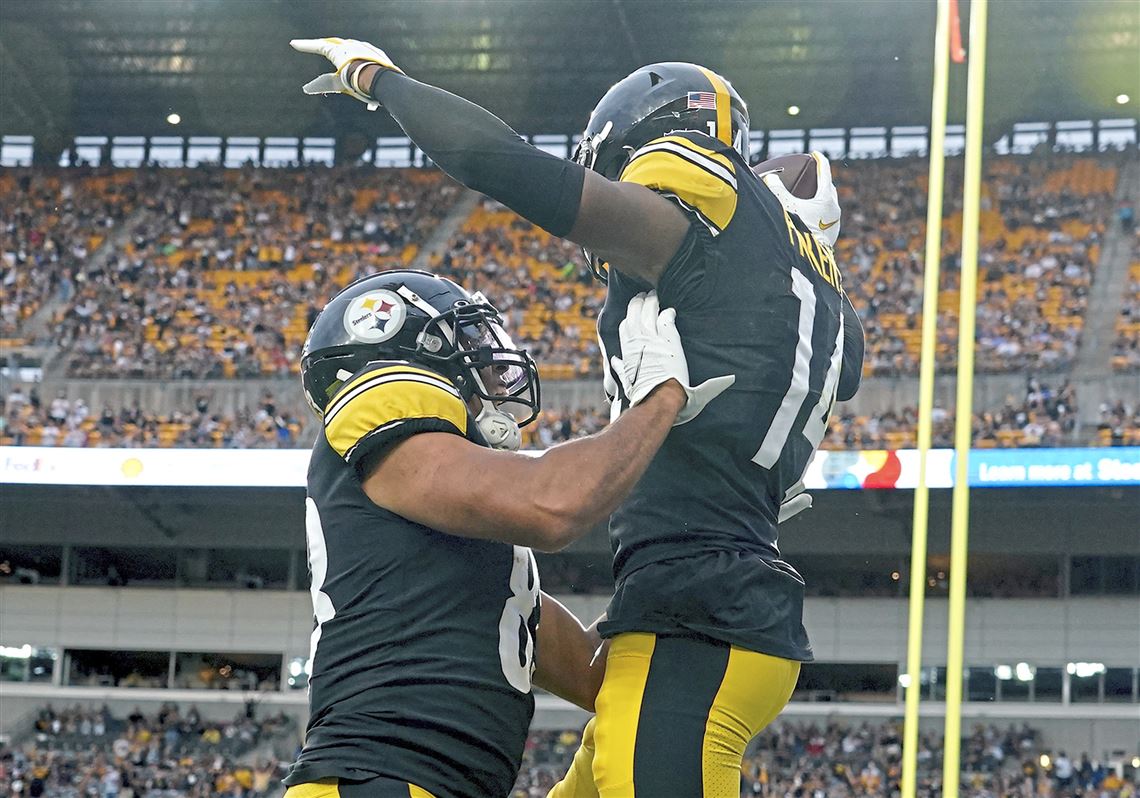 Selling during preseason hype is often a strong move made by savvy dynasty managers. The combination of basic defenses and backups makes success in the preseason easier to achieve compared to the regular season. With the amount of hype being generated, you can probably find a manager that will give you much more than you invested into acquiring Pickens. You can easily turn the 1.09 in 2022 into a 1st in 2023 plus another young player you are high on, maybe even one drafted ahead of Pickens in the same rookie draft. These kind of profitable moves over the long haul increase to total value of your team and help you build super teams.

The expression “he got that dog in him” has been thrown around all over dynasty twitter for the past few days as a feature in Pickens’ game. This is not always a great thing. In Pickens freshman year at Georgia he was ejected from a game and then suspended for the 1st half of the next game. That next game ended up being in the SEC Championship Game against No. 2 LSU. There were also reports coming out before the draft that NFL teams questioned his maturity and did not love his combine interviews. Players can succeed in the league with big personalities and teams are more forgiving with big time talent but there does come some risk. A poorly timed suspension in your fantasy playoffs could be a disaster, not to mention the risk that he just gets cut one day because the league decides his talents aren’t worth the hassle.

Pickens lost most of his Junior season at Georgia due to a torn ACL from the spring. He was able to make a recovery and play at the back end of the season but still a thing to keep in mind. Injuries are always a part of football and therefore always a part of fantasy. Any injuries before stepping into the NFL should always be noted, the human body can only take so much in a career.

There is a good case to buy him in your league if the price is not too much as well as a good case to sell if you can get a piece that fits your roster construction better. Holding seems like the strongest play at this point. You probably have to offer a 2023 1st and something to get the deal done at this point when in May you could have traded that same 1st for the late 2022 1st to draft George Pickens and probably get some extra for it. If the price is just a 2023 1st, pull the trigger but the price feels like it’s gonna be higher in most leagues.

Selling is an option if you need help in another position group, I recently sold him in a SuperFlex league for Kenny Pickett and a 2023 2nd in a league where I needed another QB quite badly. I’ll admit, not the best trade but I am loaded at WR while needing another arm at QB in that league. I also like maybe packing him up with some picks to go for one of the big name WRs if you have a pretty complete team already. Think Pickens and some draft picks for Jefferson or Chase. I’ve also seen him get sold for Elijah Moore and a 1st so don’t hesitate to see if you can get a big overpay. Anyone can truly be a sell if the buyer is desperate enough.