What we all said all along was the Panthers needed to trade away Christian McCaffrey in order to improve their offense. After being a league winner for everyone last year with his performance in the last few weeks of last season, D’Onta Foreman seems poised to help fantasy managers make another run this season. A fantastic waiver pickup about this time last season might have already been back on the waivers for you this season. The question is now what to do with him now that another window of opportunity has opened up for D’Onta Foreman. Let’s dive into this Dynasty Dilemma!

YOU PLAY TO WIN THE GAME! As Herm Edwards once famously said to some poor reporter just trying to do his job. That’s what it is all about and last season, D’Onta Foreman helped you win a championship. Last season Foreman had to fill in for Derrick Henry after a foot injury cost him the second half of the season. In weeks 14-17 last season, which is your fantasy playoffs, D’Onta Foreman was RB12. The Titans used him as 75% Derrick Henry and it worked just fine. This season a bunch of volume was opened up but by trade this time. Through two games so far, Foreman has looked like the same guy when given the volume.

Drafted out of Texas in the 3rd round of the 2017 NFL Draft, a lot of people had high expectations for Foreman coming out of college. Unfortunately a couple of bad injuries early in his career seemed like it was likely to take him out of the league. In the past two seasons though, he seems completely healed of all the injuries early in his career and become a really solid NFL running back. He finishes runs well and has the body type to be successful near the goal line. 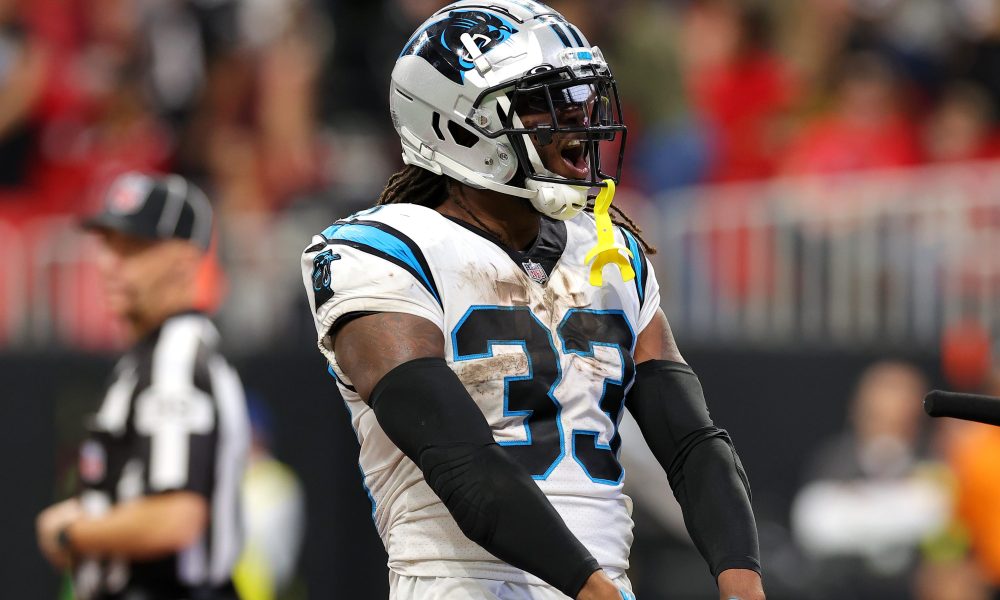 The number one reason to sell D’Onta Foreman is the number one reason to sell any running back at this time. The 2023 rookie running back draft class. There are only so many running back touches that are gonna be available in the NFL next season and if this upcoming draft class is gonna get some of those touches then they have to come from somewhere. Even some good running backs will be hurt by this when a team drafts a new young back to be a 1b and load manage the lead running back. The Panthers acquired some draft capital for their trouble in moving off of Christian McCaffrey, it will be really easy for them to acquire a solid back in rounds 2, 3, or 4 in next season's draft. For the most part if you don’t sell now, you may never get another good chance to sell. Once they draft the next new thing his value will go right back to where it was this offseason.

Another issue that you may run into is consistency. Foreman is a between the tackles running back. Game script could become a problem and if he doesn’t find the endzone, you may be looking at some 12 carries for 39 yard games with zero work in the passing game because the Panthers fall behind two touchdowns and elect to bring in a pass catching specialist to play running back. The last two games Foreman ran a little hot, some amount of regression has to be coming.

I am selling Foreman unless I’m a contender in which case I am holding. If you couldn’t move him last season or were a contender that elected to keep him then you got lucky to get a second opportunity here to use him or move him. I am more than happy to hold on to Foreman on my contending teams as the running back position becomes more and more tricky to navigate and just having a guy getting volume becomes the name of the game. I think if you have a deep enough running back room you can justify flipping him now and if you aren’t contending you need to move him now.