DJ Moore entered the league in 2018 but it feels like he’s one of those guys who has been in the game for much longer than that. Moore just got a 3  year extension from the Panthers and will be with the team until 2025. He is in an interesting position in dynasty fantasy football since there are a lot of managers trying to sell, but a lot also hoping to buy.

DJ Moore has been in the league for 4 years now, and he is still only 24 years old. Fun Fact: Moore is the only wide receiver in the ENTIRE NFL that has had at least 1200 scrimmage yards in each of the last 3 seasons (2019-2021). He also ranks 4th in receiving yards (3,525) among wide receivers over the last 3 seasons as well. Moore managed to pull off these stats with perhaps the worst QB history among all receivers in the NFL right now. Since coming into the league, he’s had Cam Newton, Taylor Heinicke, Kyle Allen, Teddy Bridgewater, Will Grier, PJ Walker and Sam Darnold as his QB’s. Yikes. GET THIS MAN A REAL QB!! In the upcoming draft, Carolina has the 6th overall pick and won’t have their next pick until 137th overall. I highly doubt they would wait for a QB- and I am very confident in the Panthers choosing a QB at #6. Most mock drafts have them drafting a QB at #6 but they could also take the “tank” route and run with Sam Darnold to get a high pick in 2023 (which is a stronger QB class). Either way, it won't be too long before DJ Moore has a proper QB and can put up strong numbers. In 2021, Moore commanded a 28.4% Target Share which was 4th overall among wide receivers. He is clearly the alpha on the Panthers and will surely get a serviceable QB either this year or the next. 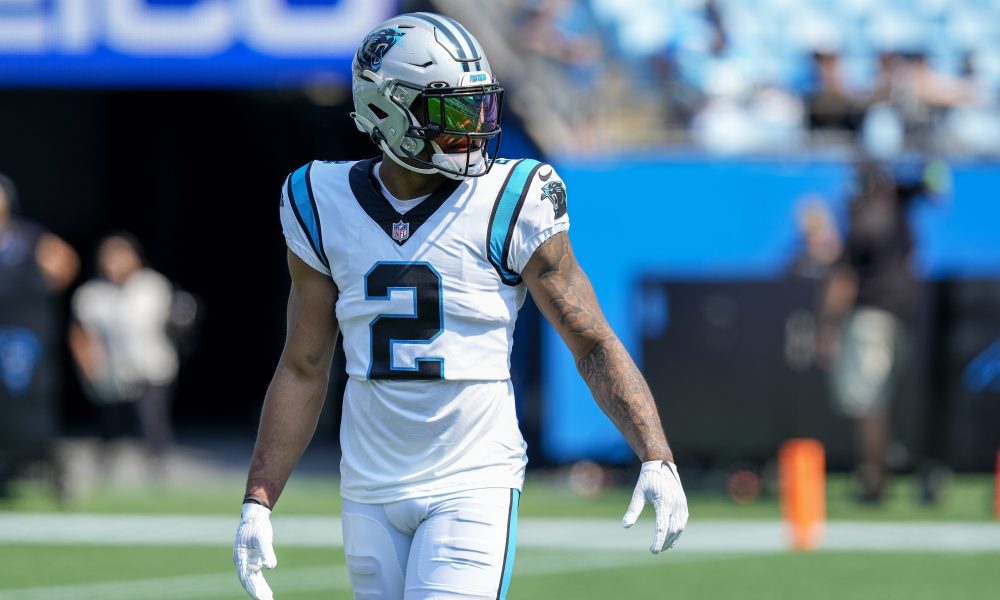 There are a few reasons to sell Moore, but they are not specifically related to his stats but more on the Panthers as an organization. Saying the Panthers are a complete mess right now would be an understatement.  Matt Rhule has proven that he is an unserviceable NFL head coach, but for some reason the Panthers continue to keep him as the leader of the team. Then there's the QB situation. The Panthers have had a carousel of QB’s last year and have not solved the problem in free agency. Last year Sam Darnold, Cam Newton, and PJ Walker started at QB and all showed that they are no longer serviceable NFL starters. Carolina was one of the front runners in the Deshaun Watson sweepstakes but ultimately lost it to the Browns. Guys like Jimmy Garoppolo and Baker Mayfield might still be available via trade, but at this point Carolina seems set on Darnold being the starter for 2022. Carolina ranked 28th in the league in Red Zone Attempts (47) and 25th in First Downs (322). With Darnold at QB and Rhule as HC, this offense will rank near the bottom of the league once again and DJ Moore’s value and stats will be a huge victim of the terrible team play.

A lot of people look at Player > Situation in determining a player's value when it comes to dynasty fantasy football yet it’s overlooked a lot when it comes to DJ Moore. Carolina is a complete mess right now but DJ Moore has still managed to put up WR2 numbers with below average QB play. Moore is a young and talented receiver and is an average QB away from being a WR1 in fantasy football. Therefore, he is a huge BUY.