Drafted in the 3rd Round of the 2019 Draft 74th overall Singletary was thought to be brought in to help back up LeSean McCoy. Before the start of the 2019 season, McCoy was a surprise cut by the Bills putting Singletary into a position to take on a larger role than expected. Coming out of Florida Atlantic Singletary did not light up the combine, he posted below average numbers for Running Backs in the 40 (4.66), 20 yard shuttle (4.40), and 3 cone drill (7.32). Let’s take a look at some comparisons to other Running Backs in the 2019 draft among those categories.

For the analytic crowd the 40 yard dash, 20 yard shuttle and 3 cone drill are important measurements, all which Singletary scored poorly on. When dynasty owners are drafting rookies or taking a chance on players, pedigree is a key factor which Singletary does not have.

In his first two seasons, Singletary split the backfield in Buffalo, over those two seasons he totaled 307 carries for 1,462 yards at a 4.77 yard per carry clip. He added 67 receptions over those 2 seasons for another 463 yards, a 6.91 yard per catch average with 6 total TDs. His 2021 season started very similarly to his very average (at best) performance over his first two seasons. Over his first 13 games he had 112 carries for 547 yards, a 4.88 yard per carry. He added 32 receptions for 118 yards at a 3.68 yard per catch average. He also had 2 total TDs and then heading into a critical week 15 matchup everything changed.

Heading into their week 15 matchup the Bills philosophy at RB changed as well as a change to the offensive line. Ryan Bates was inserted into the starting lineup at guard and Singletary was now the featured back. From week 15 thru the end of the Bills playoff run Singletary had 102 carries for 430 yards, a 4.2 yard per carry clip. He also added 15 receptions for an additional 111 yards, a 7.4 yard per reception clip. He also added 8 total TD’s. If you compare weeks 15-18 vs other running backs, Singletary finished 6th in the NFL in total yards from scrimmage and fell just short of being a top 3 player at the position. Prior to becoming the featured back, Singletary was averaging 8.6 carries per game and once he became the featured back, he averaged 17 per game.

If Singletary has taken over the featured role heading into the 2022 season there is reason for optimism. Singletary could be a top 15 producer at the position due to volume in one of the top offenses in the league. The expectation is the Bills will be able to bring back their entire offensive back. Also added to the mix is well regarded offensive line coach, Aaron Kromer. Kromer was the Bills line coach back in 2015 and 2016 (Pre Allen and McDermott) where the Bills ranked #1 in rushing yards per game in both seasons. The Bills offensive philosophy is not expected to change much under new OC Ken Dorsey but with Kromer on board he will be able to help Dorsey and the run game and coach up run schemes. 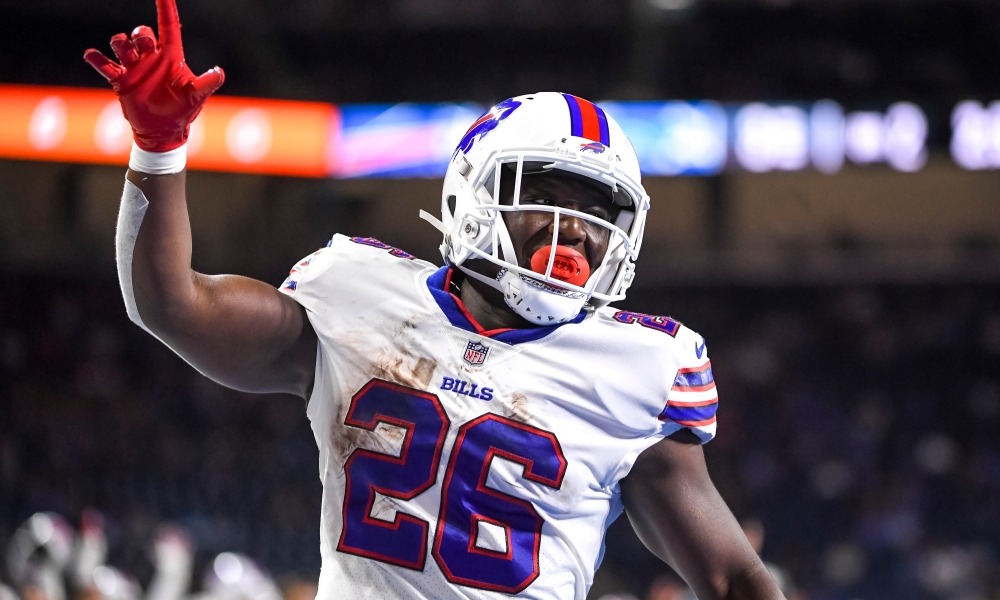 Singletary at his best has been an RB3 in fantasy prior to his run at the end of the 2021 season, and mostly has been in RB4 territory. There is no guarantee that the Bills do not bring in competition through the draft or free agency. The free agency route is probably not an area they are willing to spend on since they have limited cap space and the money could be better used elsewhere. If they do go the draft route, the Bills coaching staff has not shown they just hand the keys to a rookie and let him go, in that case Singletary would be looking at another timeshare role. If they go free agency due to what they are willing to spend again looks like they would bring someone in to help share the load. He hasn’t shown he can carry or sustain the level of success that comes with a featured down role. His YPC with the additional work load at the end of the season was down half a yard from his career averages. Singletary also doesn’t have elite skills or measurables which is something that really needs to be considered as he starts to age in a dynasty format.  One last reason to sell, his value may never be higher.

Singletary is 25 years old and playing in one of the top offenses in the league. There is risk here due to future roles and measurables to be productive in a larger role for the long haul. A big part of fantasy is name recognition, which Singletary does not have, so you probably have an owner in your league that is not fully invested or gives him high regard. Because of this, the price is probably low to acquire him. Since he has a favorable price point in many leagues and a strong possibility of carrying a featured role into next season, the risk is worth the price and is a strong BUY candidate. Go out and acquire him at a RB3/4 price and understand a worse case you bought at the floor with potential to be a solid RB2. Dynasty is all about rolling the dice and taking calculated risk, at the price this is a risk worth taking.