Over the past two seasons, one of the biggest question marks in the National Football League was Deshaun Watson.  A rare blend of elite passing, rushing threat and vision, the Houston Texans quarterback has often been on the tip of everyone’s tongues.

There’s only a handful of quarterbacks who can do what Deshaun Watson does.  Is he going to pass? Is he going to rush?  No matter what, he’s one of the few that is a constant worry for defenders to change a game script on the spot.  But is it enough?

Time away from the game

This issue is not even on the top of most people’s worries, and even forgotten for some, but time away from the game is no easy hurdle to overcome.  It’s a rarity to see a player absent from the game, only to come back and succeed instantly.  It takes time to work up to the professional level, let alone stand on the mountaintop at his position.

Before all the allegations, which are obviously troublesome, he was clearly unhappy with his organization.  Nothing but turmoil and drama surrounded he and the Texans and demands of a trade were at the forefront.  Hard to trust such a situation with your dynasty cornerstone.  Add to that the legal battle, and the situation is murky indeed. 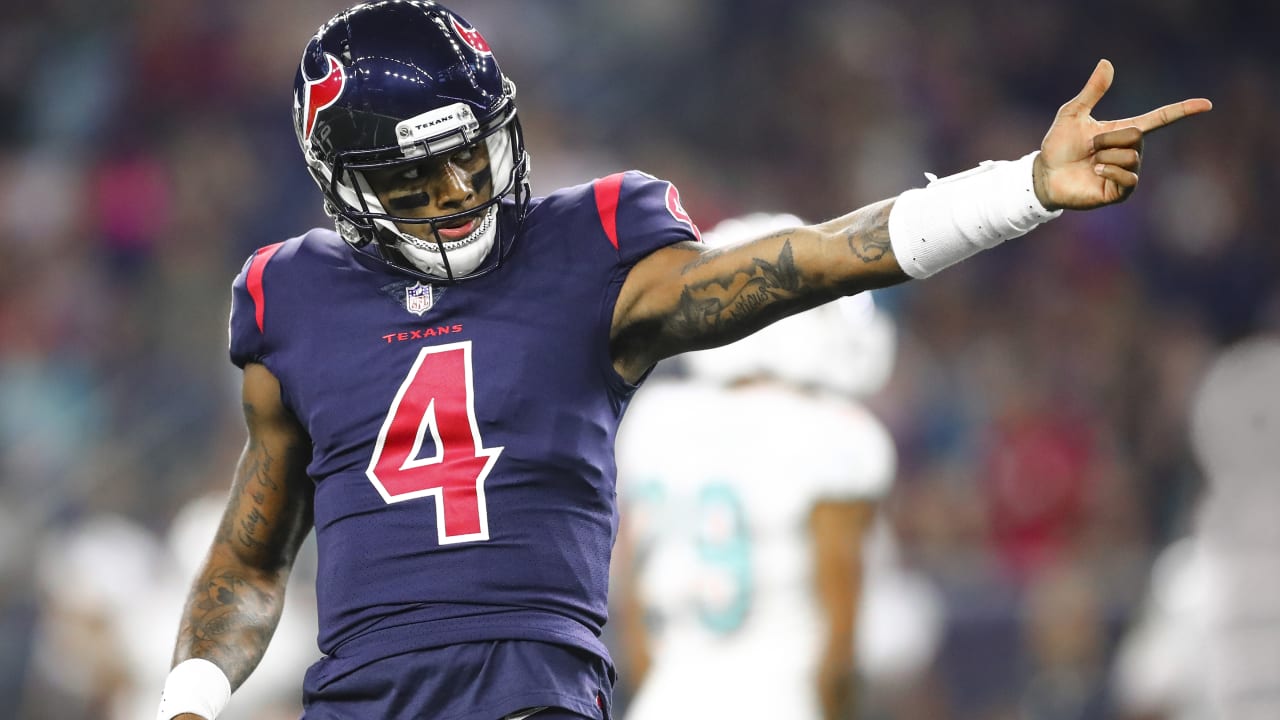 Looking at the talent alone, can we really ignore the opportunity to snatch up this gun slinging, speedster from Clemson?  It’s simply impossible to ignore his abilities.  In dynasty, the quarterback is your foundation, and the competition is slim.

I can list on one hand the number of quarterbacks in the league who have the rushing upside that Deshaun does.  And to find one who isn’t injured, old or just a rusher becomes an even shorter list.  It doesn’t hurt that he’s never been cheaper either.  If you can name someone else like him at his current pricepoint, I’d call you a liar.

Despite all the drama, whether it be legal or trade demands, the Texans refused to ship him off for even a penny less than what he’s worth.  There are also a number of other teams chomping at the bit, just for a chance to dream about having Watson steer their ship.  Houston even had him sit all year rather than trade him for something and that says a lot more to me about his value in this league.

Fun fact: In my home league, in Watson’s rookie year, I traded him straight up for Antonio Brown.  Brown went on to get 19 points per game in PPR formats, which would have landed him second last year behind only Cooper Kupp.  Watson got injured, and I was still happy to have the franchise QB.  This is how valuable Deshaun Watson is.

But, despite how valuable Watson is, at just 26 years old, there is simply too much murkiness to hold any longer.  An entire year of fantasy value was lost.  If I were able to get even close to what’s he’s worth, it’s a simple transaction.  Not knowing the substantial legal outcomes is scary enough, but we don’t even know where he’ll play.