It's St. Patrick's Day, and I’m enjoying a nice cold beverage when I hear the familiar chime of a notification. It’s being reported that the Cleveland Browns are out of the running for Deshaun Watson. Fast forward 24 hours, and Watson has signed a shiny new 5 year/$230 million, fully guaranteed contract. Watson has waived his no-trade clause, and shifted the future of the Browns. Let’s discuss the impact that matters most. The fantasy impact.

The last time we saw Watson, he had a career high 33 touchdown passes on 544 attempts. Last year the Cleveland Browns had 520 team pass attempts. It’s reasonable to expect that number to hover closer to the 544 range we saw last from Watson in 2020. A fully guaranteed $230 million should provide evidence. If we can project near 550 pass attempts, 4500 passing yards is within the range of outcomes. Using the league average touchdown rate of 4.5%,  that’s roughly 25 touchdown passes. That mark would be the lowest of Watson’s career disregarding his injury shortened rookie season, so look for that number to be closer to 30. Watson also averaged 470 rushing yards in his three full seasons as the starter in Houston. Pair that with the average of 5 rushing touchdowns per season, and we have fantasy gold. That’s nearly 80 additional fantasy points just from the rushing upside of Watson. This is precisely the upside we want from our fantasy QB1, but there’s more excitement to the fit … the weapons surrounding him in Cleveland.

Just a few days ago, the Browns made headlines by adding Amari Cooper from the Cowboys. Cooper has a skill set that compliments Watson perfectly. Cooper is an excellent route runner with good speed and separation. They should create an exciting combination to watch, and Watson has a history of heavily targeting his number 1 receiver. Think DeAndre Hopkins and his 140+ targets per season.. Perhaps more interestingly though, Watson will get to experience something he never had in Houston, a good run game. Nick Chubb is an explosive running back defenses have to respect. This should help Watson improve passing efficiency  utilizing play-action. Furthermore, Watson will also be playing behind the best offensive line of his career. 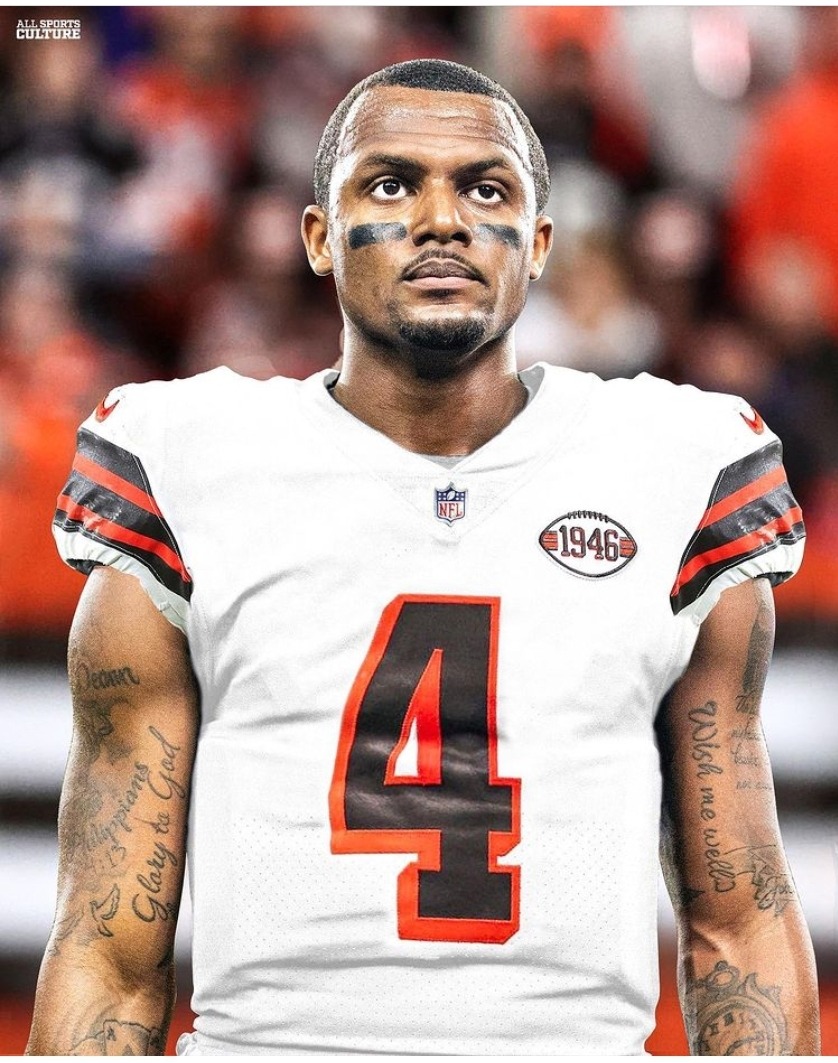 With new weapons, one of the best offensive lines in the league, and  an explosive run game,  what’s not to like about Deshaun Watson this season. Perhaps a lingering suspension you ask. We haven’t seen Watson on the football field since the 2020 season. He sat out the entire 2021 NFL season due to sexual misconduct allegations filed by 22 plaintiffs. On March 10th, a grand jury determined there is insufficient evidence to charge him criminally. However, there are still civil suits to resolve. The NFL is also expected to conduct their own investigation. Most believe this will result in a suspension for Watson. The true question is of course how long. This will be news to keep watching for.

Imagine what you could get right now if you were to trade Deshaun Watson...especially in a SuperFlex league.  If you are a rebuilding team that owns Watson shares, you could get majorly compensated if you were to deal him to a team that is looking to compete now. This is where it’s important to assess your team's risk factor. If your team is built to compete for a fantasy championship now, you may be willing to withstand a few games without Watson knowing you should have him for crunch time in the late season and playoffs. Conversely, if your team is rebuilding and not yet ready to compete, Watson is a great acquisition to make. For the team in a rebuild, Watson missing games this season is unimportant. Watson is now locked in with Cleveland for the next 5 years. Cleveland made him a long term commitment, and has the tools in place to help him find success for the Browns, and your fantasy team.