The 30 y/o wide receiver from Fresno State drafted in 2014 by the Green Bay Packers in the second round of the NFL Draft has been nothing short of amazing throughout his illustrious career. He was paired with an arguably first ballot Hall of Fame quarterback in Aaron Rodgers and will go down as one of the greatest QB/WR tandems in NFL or fantasy history, bar none! The duo's production has been unprecedented but the question arises of where will they both be in 2022.

This is a talent that will continue to thrive into his thirties without question? There’s a possibility that they both stay in Green Bay to finish what they started! The connection they have is remarkable, and that goes a long way in this game! They anticipate each other's moves and are frequently on the same page! Besides that, there’s really no one on the Packers roster that poses an immediate threat to his target share, abilities and pure talent alone!

Regardless of where he ends up, Adams will be an asset to any team he joins or stays with, so don’t be afraid of the free agency market. I do believe he could make even Jordan Love look like a star, even though he’s unproven yet! His route running, catch radius, separation from d-backs and ability to high point the ball are all assets that he possesses at an exceptional level and he’ll

continue to use them for at least another 3-4 years. There are plenty of teams, with the cap space, that are looking to get over the hump by adding that last piece and Davante Adams fits the bill! I refer to what the Rams just did? Remember, it’s a copy-cat league! 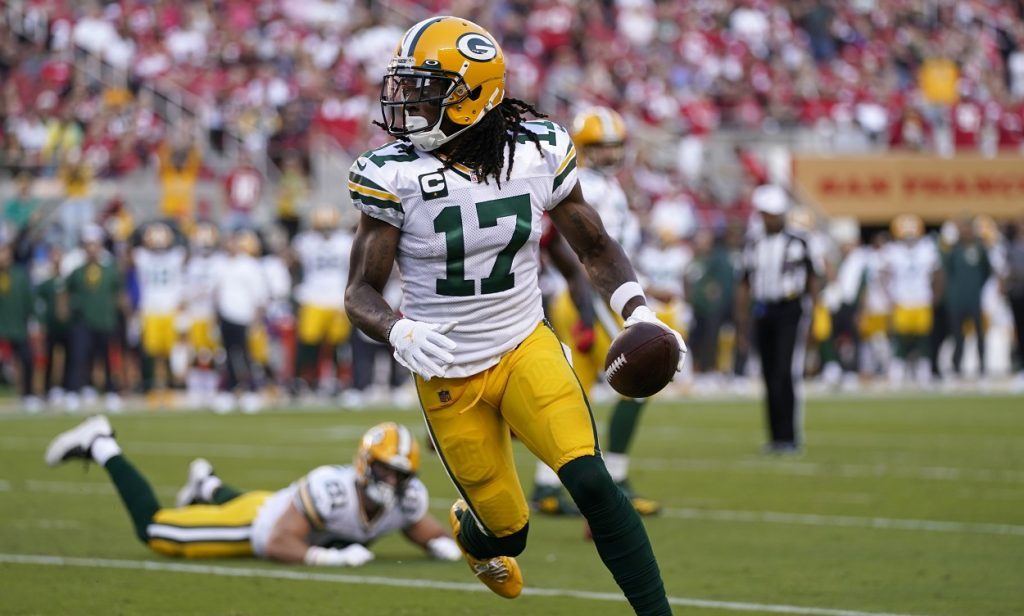 In Dynasty, we should look to capitalize on players in this exact situation by selling high and Davante is in this category! Cash in now before it’s too late as we’ve recently seen in a similar player like Julio Jones who went to Tennessee and hasn’t been the same since, due to injuries and average quarterback play!

NFL = Not For Long

The Packers are not a franchise that typically stays with the norm! Their philosophy is building through the draft and not free agency! Adams is an unrestricted free agent in 2022 and is rumored to be commanding an $30 million per season salary to cash in on his last HUGE contract. Another reason that makes me think the Packers will pass on resigning him? Also the fact that his QB will be possibly moving on as well doesn’t help the situation, but stranger things have happened!

Personally, I’m selling at this point because my gut tells me he’s going to be leaving Green Bay and also it’s unlikely that he ends up with Aaron Rodgers on another team together, much like the Brady/Gronk duo did? I like the idea of getting a younger up and coming WR or even better, some draft capital in return to boost my team and keep moving forward! However, there’s nothing wrong with holding him until we find out where he lands and go from there? That’s a double edged sword which could hurt his value or could boost his value, making it enticing to keep him for one last run! This all depends on where your team is at, Contender vs. Pretender!