Courtland Sutton is such an interesting player from a dynasty perspective. He’s received the valuable 2nd contract. He’s also disappeared in his career when Jerry Jeudy has been on the field. Sutton the former 2nd round pick out of SMU is a 6’4 target who can go deep and haul in contested balls. He will be playing with undeniably the best QB talent of his career. The question that needs to be posed now is, are we buying or selling Courtland Sutton?

Courtland Sutton just got paid this year signing a 4/60 extension to stay in mile high. He’s a part of the long term plans or the front office led by George Paton and company. The 26 year old is now over a year off an ACL injury and came back and performed admirably. I think he projects as a very good deep threat sort of playing the Marquez Valdes-Scantling role in this new Nathaniel Hackett offense. It doesn’t take a rocket scientist to know Sutton is more talented than MVS, I’m more so stating where he slates in to this offense. Russell Wilson has one of the prettiest deep balls in the game, often referred to as a “moon ball”. Whether it’s been Tyler Lockett, Javon Kearse, David Moore, DK Metcalf, Russ loves the long ball, probably something he picked up from his baseball playing days. I think that’s where Sutton slots into this offense. Sutton also projects as the best red zone target in this offense given his size and high point ability. 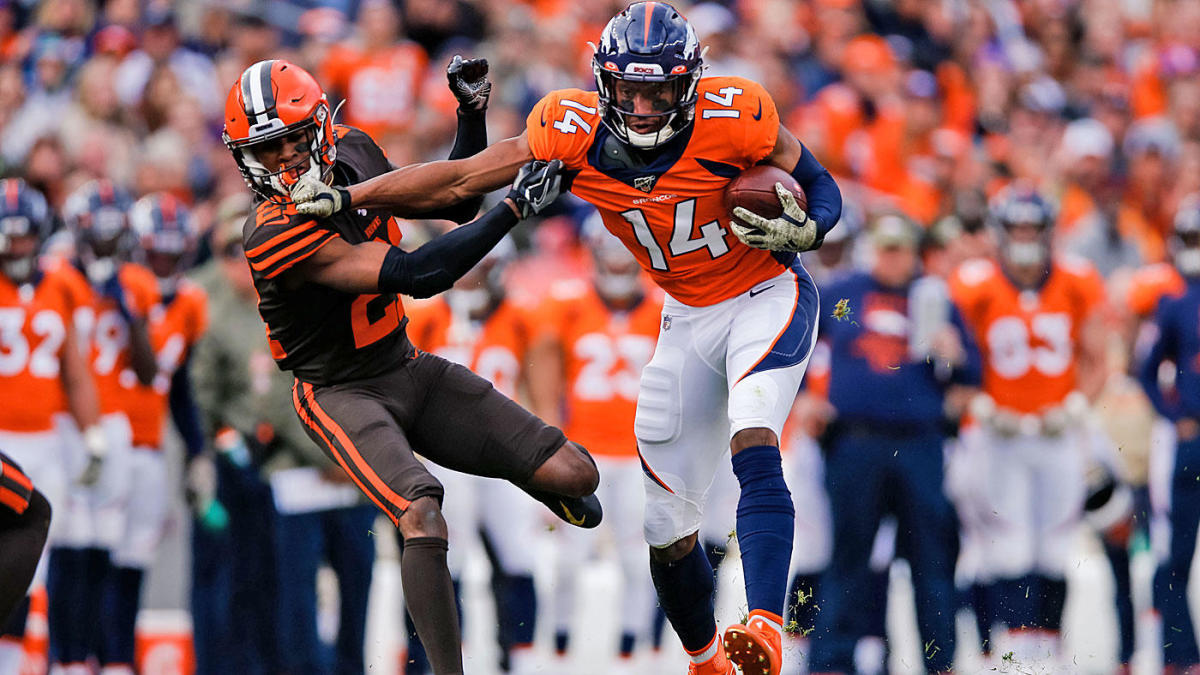 When Jerry Jeudy is on the field, Sutton disappears. During weeks 2-8 of 2021 Courtland Sutton averaged 16.9 ppg with Jeudy out from a high ankle sprain injury. Following Jeudy’s return in week 9, Courtland Sutton finished as the WR90 in PPR for weeks 9-18. He scored 40.3 total points. I believe Jeudy is the most logical choice to take the Adams type role in the offense and because of that, he’s going to soak up targets. Sutton will get some deep balls and he’ll be great in bestball, I just question the consistency he’ll present even with Russell Wilson at QB.

I would sell Courtland Sutton while the price is at its peak. You weren’t getting anything for Sutton 48 hours ago. Like I said, I’m a bestball league he definitely has value because of his homerun ability, but given the RB talent and other WRs in this offense including Jeudy, Tim Patrick, and KJ Hamler returning from an ACL injury, and fan favorite Albert O, there’s just simply a lot of mouths' to feed. I would capitalize on Sutton’s new increased value and sell. Some names being valued around the same as Sutton after this move are Mike Williams, Brandin Cooks, Hunter Renfrow. I’d rather have all of those guys than Sutton.