The Reason to Sell:

Ever since he came to the league, he’s been dominant.  I’ll admit, I was wrong in his rookie season.  Sharing a backfield with legendary, Adrian Peterson and starter, Mark Ingram, I didn’t see room for him to shine, but he stole the show and hasn’t looked back.

I see your point.  Aside from the possibility of Michael Thomas returning to form, there isn’t alot of established help on this team.  The reality that Kamara can continue his worth when the entire focus on him is slim.  Being the entire offense can work for fantasy numbers, but how long can that be sustained without defenses figuring him out and longevity not being in question?

Before the Pro Bowl, there wasn’t much concern other than the first point for Alvin.  In fact, he’d never rushed more, and if you take away that monster six touchdown game last season, I’d argue he was even better this year in fantasy.  That being said, the legal uncertainty is real.  Not to mention he’s 26, which is older for his position. 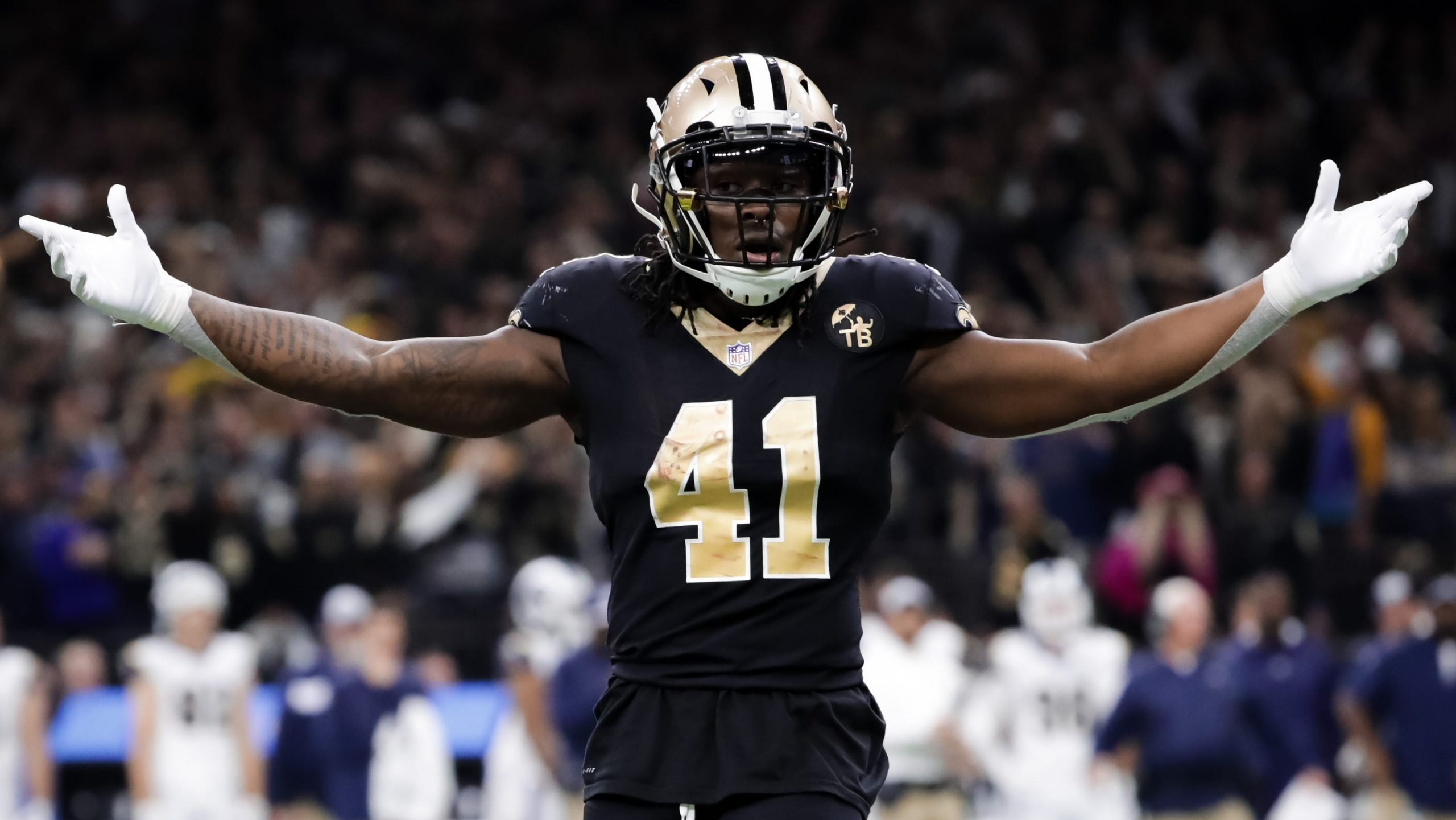 Is this time now to cash in on such a talent?  He rushed more than ever last season and it’s hard to list a more effective pass catcher in the National Football League. Here’s some food for thought, while you’re mulling things over:

Ironically, the issue for selling can be looked at as a reason to buy.  Although the risk for injury or flat out being stopped is greater, Kamara ranked no lower than sixth in virtually every opportunity share metric in the league.  Ignoring last season, which was unsustainable, he only fell 0.3 points per game in PPR than 2019, while his yards per carry went up by a full yard per game.

Yeah, he’s 26 already.  When it comes to running backs, in dynasty, this can become worrisome.  Typically, 26 is seen as that top of the mountain in fantasy value.  After, the Adrian Petersons of this world as insanely rare.  But, you have to remember those running backs used as heavy pass catchers last much longer in the league.  I would argue that we could expect another two or three years more of fantasy gold than we would of a pure runner.

Like I said before, I was wrong about the man in his first season.  His rare blend of vision, elite pass catching and prototypical perfect size for his position are undeniable.  Look at the league and try to find one with all these categories, and you’ll be searching for a while.

We cannot, however, ignore his current real life circumstances.  I’m not a judge or lawyer, so I can’t pretend to even understand what will happen to him.  The urge is to sell before he’s unusable, but the talent is so good, it’s impossible to throw him away for less than he’s worth.

.. unless the price is right.