Next up in our Dynasty Deathmatch series: Amon-Ra St. Brown vs Darnell Mooney. These are two similarly valued players at the moment, and many may be wondering - who will return more on investment? We’ll argue a case for both players in a typical versus fashion and then give our final verdict. 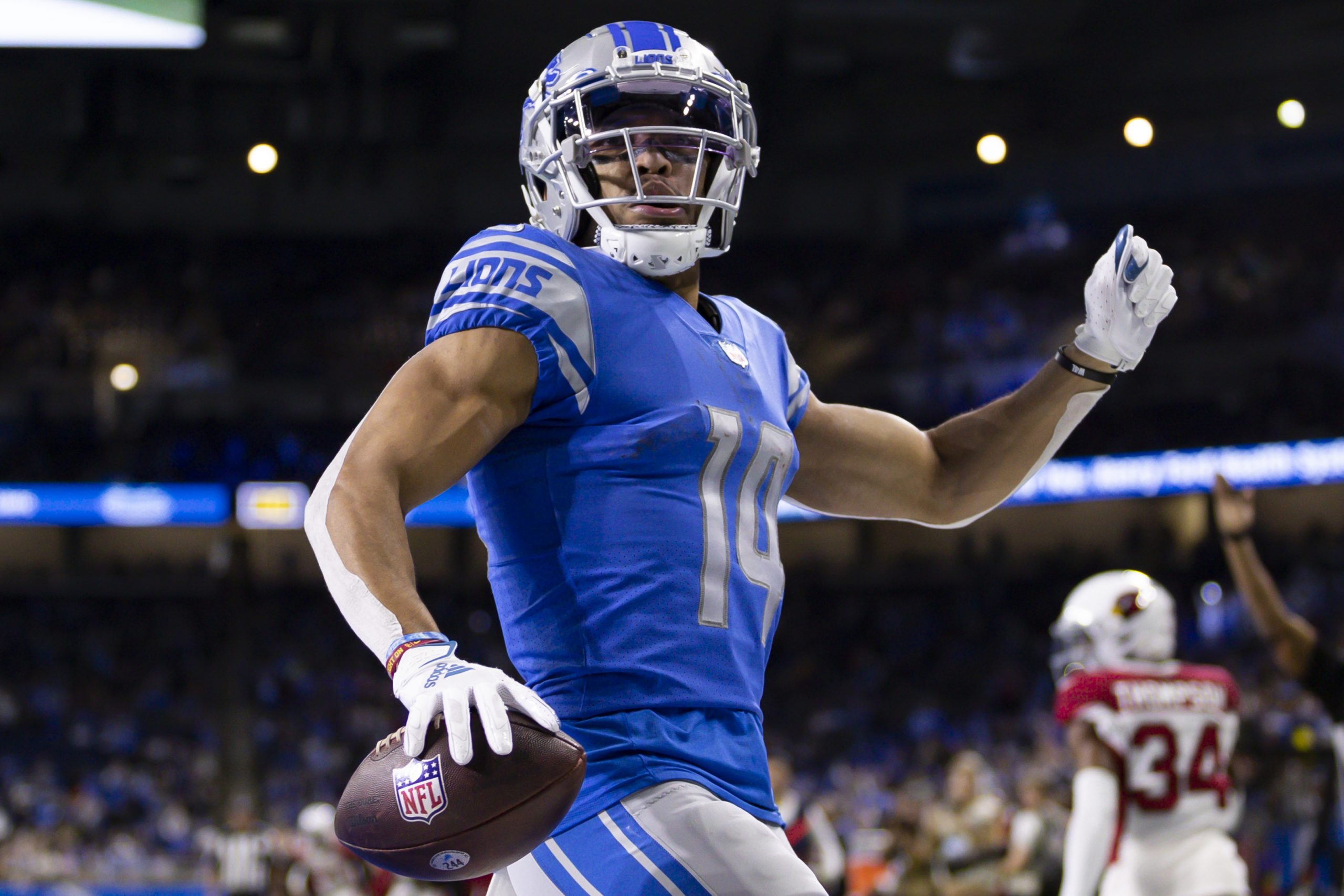 Amon-Ra St. Brown. The Sun God. Many in the fantasy football community were excited about St. Brown being drafted to Detroit as the team lacked talent at the receiver position. He had a slow start to his rookie season but went on an absolute berzerk final 6 games of 2021. He averaged 93 yards and 0.8TDs per game and was the WR3 in PPR leagues trailing only Cooper Kupp and Davante Adams during that span; that is elite company - and a 6 game sample size is pretty considerable. So why are we here questioning his value? Well, Detroit drafted Jameson Williams in the 2022 draft (12th overall - 4th receiver overall), who some would say may have gone as the first receiver off the board if not for his ACL tear last year.

Another thing to note, during St. Browns’ insane 6-game run, a big part of his massive boost in usage was Swift and Hockenson being out with injury. St. Brown averaged 4.7 targets per game in the first 11 weeks of the season, which sky-rocketed to 11 targets per game in the final 6. Even though his breakout was at the expense of some injured teammates, St. Brown showed he could be a reliable option for the team and lead the receiving corps. Jameson Williams coming in may open up the field for the Sun God. Williams is a speedster and can draw the defenders downfield to open up St. Brown underneath. Some managers may be slightly scared about St. Browns' situation, but he may benefit from the Williams pick and could be a great buy low this offseason. 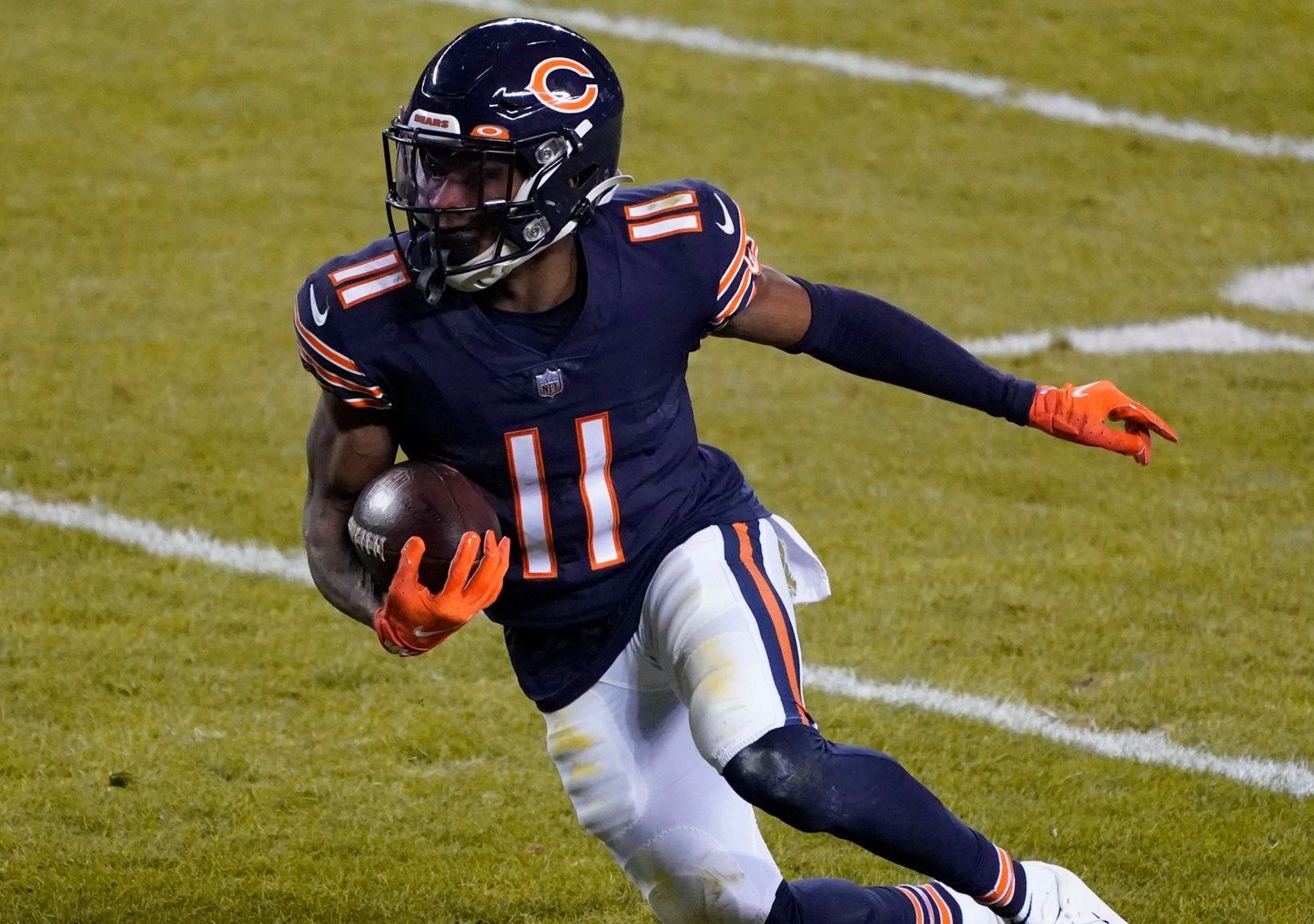 Darnell Mooney has played 2 seasons in the NFL so far and had an electric 2021. He was the clear WR1 on the Bears, commanded 140 targets (12 highest in the league), and finished as the WR23. Mooneys’ quarterback Justin Fields only played in 12 games last year and was only on the field for 70% of snaps in 9. Matt Nagy is gone. Fields will no longer be a rookie. Mooney and Fields have built a great rapport, and to top it all off - the only new competition for targets are Velus Jones Jr. (a 25 year old rookie) and Byron Pringle. All signs are pointing to a year 3 breakout for Mooney. The only concern for Mooney could be the play-calling as a whole. The Bears bolstered up the offensive line this offseason (through the draft especially), and by not making any real moves for the receiving corps - they may look to start establishing the run a lot more. Fields is incredibly athletic and can rack up a ton of yardage on the ground. Khalil Herbert stepped up in the run game when David Montgomery was out with injury for a few games last season, and the Bears may capitalize on having 2 talented backs and use them a lot more in 2023. Nevertheless, Mooney will be the clear WR1 once again and will have a huge target share as he did in 2021 (26.7%).

Both of these players will likely be the lead receivers on their team next year. Amon-Ra will have a lot of target competition between Swift, Hockenson, and now Williams, whereas Mooney should be in for another 140 target season and will be the clear alpha on his team once again. Mooney is undervalued in both dynasty and redraft and should provide a ton of value at his current ADP and has the edge over Amon-Ra St. Brown right now.