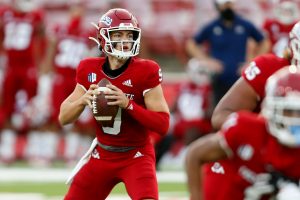 Haener has been terrific for the Bulldogs this season, leading Fresno St to a national ranking. He had another stellar performance this week against UNLV.  The Washington transfer has boosted his draft stock significantly.

Pickett keeps on putting up big numbers for Pittsburgh. The "Super Senior" came back to show NFL scouts that he is worthy of being a higher draft pick. So far, his bet on himself is paying off.

Tua's little brother has been a solid player for Maryland over the last season plus since he transferred from Alabama. He has put himself in a draftable position.

As a 2nd year Freshman, Sean Tucker is playing great. He not only led Syracuse to an upset victory over Liberty, but he has ran for 536 yards and 7 TDs through 4 games. He will be draft eligible after next season. 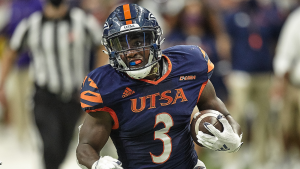 Sincere McCormick was sincerely good this week in a comeback win over Memphis. 45 touches is a HUGE workload, and he made the most of it. The Junior is averaging 112 ypg so far this season for the undefeated Roadrunners.

Charbonnet has been tremendous for the Bruins this season. Despite a low usage game in a loss to Fresno State last week, Charbonnet has still ran for 451 yards and 7 TDs through 4 games. This week, he dominated in a win over a tough Stanford squad.

This is the second week in a row Addison has scored 3 TDs, this time in a victory. The Sophomore has been tearing it up for the Panthers this season and will be one of the top 2023 draft eligible WRs 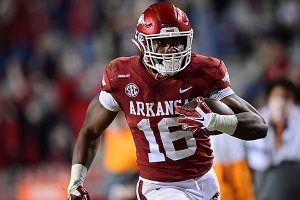 Burks is a specimen...plain and simple. 6'3 225 lbs and fast and physical. The separation he had on his 85 yard TD reception this week against a top 10 Texas A&M team was special. He should be a 1st round draft pick in April.

It seems like Billingsly is out of Nick Saban's dog house. I think whatever lesson was being taught has been learned...for Billinglsy's sake I hope so. He is super talented.

Check back in next week for more information on the Devy front.  As always, follow me on Twitter @dynastyprostom.